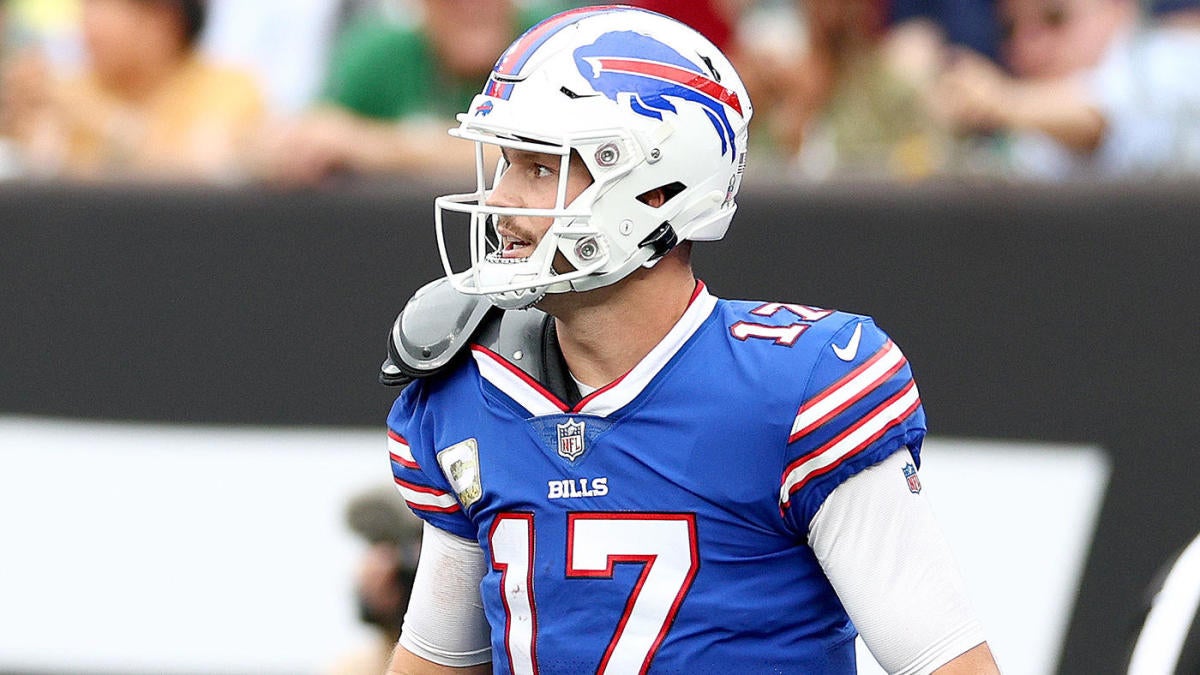 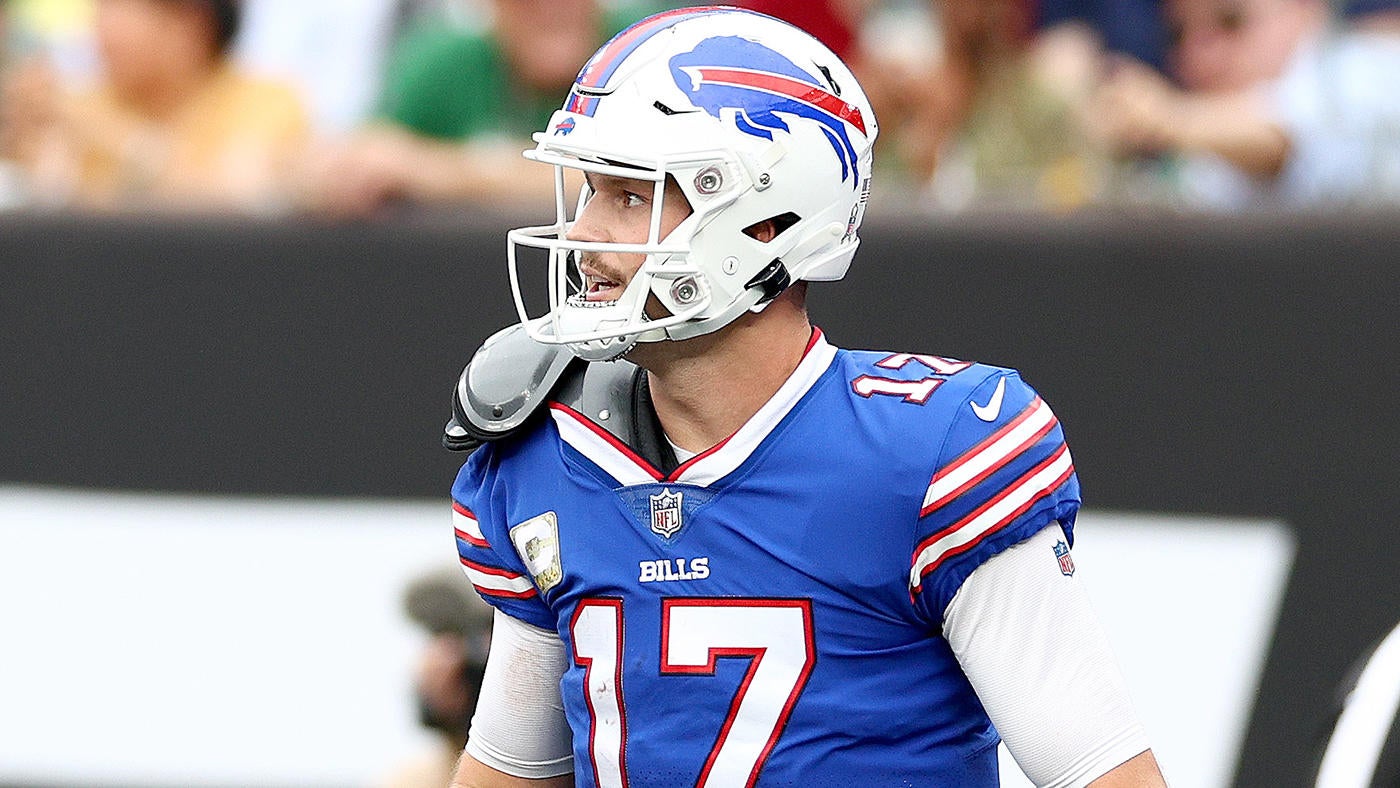 The second half of the 2022 NFL regular season got underway on Thursday night when the Panthers were able to fend off the Falcons at home, and now we have a full slate of Sunday games on deck for Week 10. That includes an international affair between the Seahawks and Buccaneers for the history books. For the first time ever, a regular-season game will be played in Munich, Germany. Of course, that’ll be appointment viewing early Sunday morning, as will the rest of the slate.

As is the case each week, a new group of games comes a new collection of injuries that we need to follow. This week in particular, several quarterbacks have their statuses up in the air, so all eyes will be on them. With teams finishing up the week of practice, they’ve released their final injury reports and rolled out game statuses for Week 10. Below, you’ll be able to find each of those reports and a breakdown of some of the biggest injuries.

Seahawks at Buccaneers (-2.5), in Munich

Seattle is pretty healthy coming into this international head-to-head. Marquise Goodwin is officially listed as questionable, but he was able to practice fully on Friday, which is an encouraging sign of his availability. Meanwhile, Gillaspia was the only other player listed on the final injury report and was ruled out after not practicing all week.

Cameron Brate is the only player listed on the Bucs final injury report that made the trip to Germany. He was a full participant throughout the week, so it does seem like he has a good chance of playing. Despite being listed as questionable all week, wideout Mike Evans (ribs, ankle) does not carry a designation. It’s also worth noting that safety Antoine Winfield Jr. cleared concussion protocol and will play.

The Vikings have had a light injury report all season, but Tomlinson being out is their first major player missing a game in weeks. Starting center Garrett Bradbury (ankle) was a full participant Friday after being limited Thursday. He was not given an injury designation.

After missing the first two practices of the week, Josh Allen returned to the field on Friday in a limited capacity and was officially listed as questionable for Sunday’s matchup against Minnesota. Sean McDermott told reporters earlier on Friday that Allen’s status is really “hour-to-hour” so it does seem like he is a true game-time decision.

The promising news for Detroit is that running back D’Andre Swift not only doesn’t carry an injury designation for this game, but he was able to practice fully for the first time in weeks on Friday. Meanwhile, Josh Reynolds was unable to hit the field at all this week, so it’s not surprising to see him already ruled out.

Jenkins being limited in Friday’s practice is something to monitor for the Bears. He’s been the team’s best offensive lineman this year, a force in the run game. If he can’t go, Michael Schofield is slated to start. No Vildor will cause problems for the Bears in the nickel defense, especially if Johnson can’t play. Johnson is arguably the tea,’s best cornerback.

Jacksonville continues to be one of the healthiest teams in the NFL. Only Rayshawn Jenkins carries a designation entering Week 10 and he was limited in practice on Friday. Tight end Evan Engram was listed on the injury report with a back injury, but practiced fully and is good to go for Sunday.

Hardman didn’t practice at all this week due to an abdomen injury and will be held out of Kansas City’s Week 10 matchup against the Jags. Meanwhile, Jerick McKinnon was downgraded to a limited participant during Friday’s practice after being a full participant the two days prior. The pass-catching back is dealing with an array of injuries and is now officially questionable.

The bye week wasn’t enough for the Browns to get tight end David Njoku healthy and ready to go for this game against Miami. This is the second game that Njoku has missed due to a high-ankle injury he suffered against the Ravens in Week 7. With him sidelined, Harrison Bryant and Pharaoh Brown will be the club’s top tight ends. Meanwhile, Owusu-Koramoah will also miss his second straight game.

Armstead sat out practice Friday and was listed as questionable, but that’s been normal on the injury report this year. He typically hasn’t practiced more than once a week this year a she deals with a toe injury, but has played eight games. Austin Jackson may also be in line to play his first game since Week 1, but he was limited Friday.

Houston may be getting back its top two wide receivers in Week 10. Both Brandin Cooks and Nico Collins were able to practice on a limited basis this week and are officially listed as questionable. Jalen Reeves-Maybin was also upgraded to a full participant on Friday, which bodes well for his prospects of playing.

Kenny Golladay hasn’t played since Week 4 but is expected to be available on Sunday against Houston. Golladay, who has largely disappointed since arriving in New York, was limited throughout the week and is officially listed as questionable. Flott and Ximines were also limited all week. As for Evan Neal, this is the second straight game he’s missed due to his knee injury.

None of the players who were ruled out practiced at all this week, including Marshon Lattimore. While New Orleans continues to deal with a bunch of injuries, they did get an encouraging sign from Jarvis Landry. The veteran wide receiver does not carry an injury designation and is in line to play on Sunday.

Jackson and Witherspoon did not practice all week and have since been ruled out for Week 10. Dotson popped up on the injury report on Friday as a limited participant due to an abdomen injury and is now listed as questionable. Meanwhile, pass rusher T.J. Watt told reporters that he expects to play Sunday and does not anticipate being on any sort of snap count.

The major development for the Colts is Jonathan Taylor (ankle), who was a full participant in Friday’s practice and was not given an injury designation. Deon Jackson will be out, so Zack Moss, and possibly Jordan Wilkins, will spell Taylor against the Raiders. Kylen Grayson will be the lone tight end if Alie-Cox — who was limited Friday — can’t go. Pye hasn’t practiced all week, so he’ll be a game-time decision.

The Raiders only have Perryman on the injury report, and he was limited in Friday’s practice. Las Vegas will be without Darren Waller (hamstring) and Hunter Renfrow (oblique), as both players were placed on injured/reserve Thursday.