NFL Week 11 overreactions and reality checks: Are Cowboys a contender again? Are Vikings as good as record? 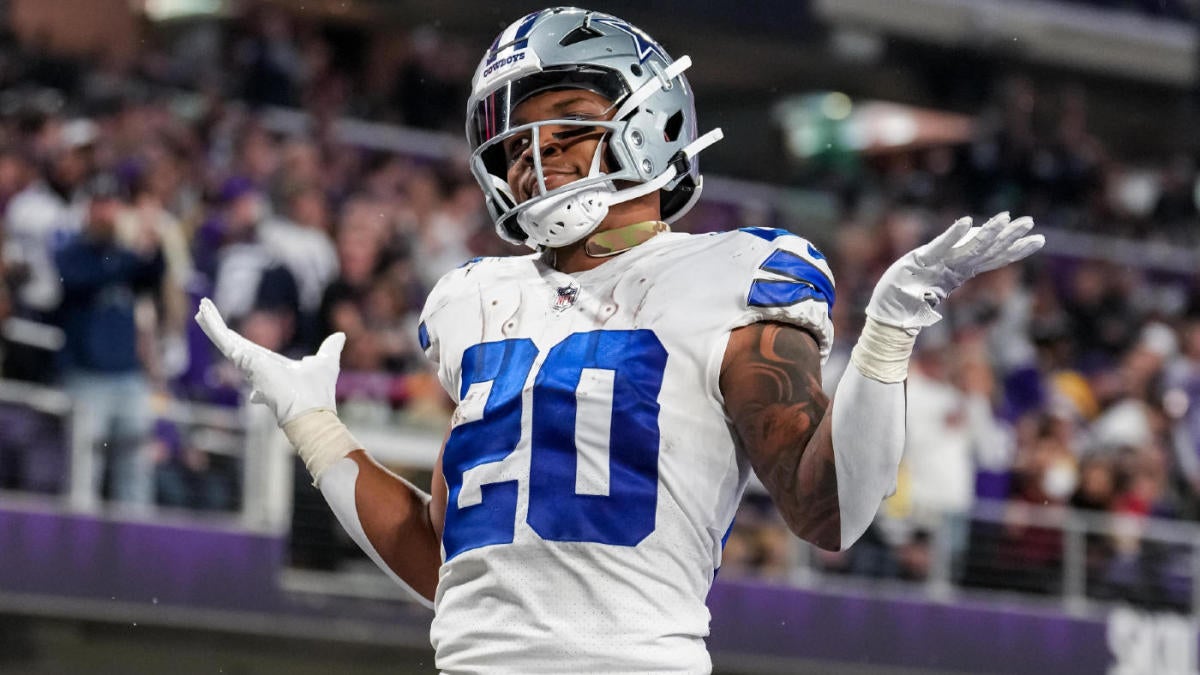 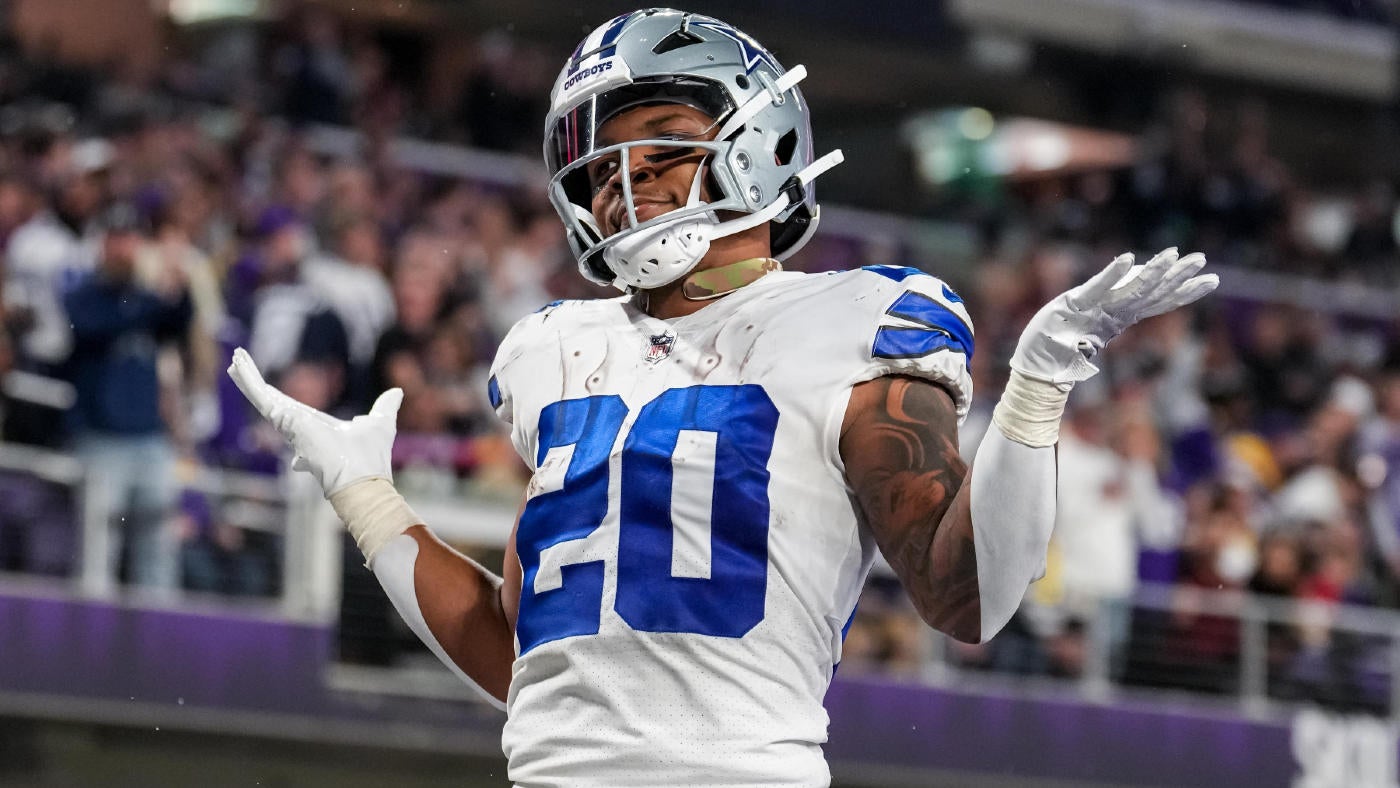 This week in the NFL certainly showed us a few things about the league. The Dallas Cowboys dismantled the Minnesota Vikings on the national stage while the Philadelphia Eagles improved on their NFC East lead with the New York Giants being handed a surprising loss to the Detroit Lions.

The Sunday slate also featured a brutal loss by the New York Jets to the New England Patriots and another ugly win by the Baltimore Ravens. Despite all this, not much changed in the NFC or AFC playoff picture after Sunday’s games.

With the afternoon games completed, there were plenty of takeaways to go around, but which are truths and which are overreactions? Let’s break them down; in Week 11, there were more truths.

The Cowboys are the second best team in the NFC

A 37-point victory over the Vikings should be enough to convince the NFL how good the Cowboys are. Minnesota came into this game with seven wins in a row and tied for the best record in the league. All Dallas did was hold the Vikings to three points in a game that was never close.

Tony Pollard had a superstar performance (first player in Cowboys history with 50-plus rush yards, 100-plus receiving yards and two-plus receiving touchdowns in a game) while the defense held Minnesota to 183 yards, and 1 of 11 on third down.

The Cowboys are a very good football team that had a hiccup against the Packers. They’re two games behind the Eagles in the NFC, but Dallas is showing why Philadelphia is the only team in the conference that has a leg up on them.

The Vikings aren’t as good as their record indicates

A blowout loss to the Cowboys dropped the Vikings to 8-2 on the season. Minnesota is the first team in NFL history to have an 8-2 record or better after 10 games with a negative point differential (-2). Which begs the question: How good are the Vikings?

Minnesota is 7-0 in one-score games this season, winning their last seven games by one score. The Vikings are good at winning close games, but against the Eagles and Cowboys (two teams in the NFC with seven-plus wins) their margin of defeat is 64-11.

Good team, but is Minnesota great? Time will tell.

Jalen Hurts is a top-5 quarterback in the NFL

What does Hurts have to prove at this point? Not only is the Eagles quarterback in the top five in several major statistical categories, but he willed his team to victory over the Colts in a game Philadelphia had no business winning for three-and-a-half quarters.

The Eagles had their first double-digit fourth quarter comeback since Week 15 of the 2010 season (43 tries), thanks to Hurts rushing for eight carries for 49 yards and a touchdown (a game-winner on third-and-goal with 1:20 left). Hurts also was 3 of 5 for 38 yards and a touchdown in the quarter (123.3 rating).

Hurts continues to perform at an MVP level for the team with the best record in the NFL. He’s a top-five quarterback in this league this season.

Justin Fields is not a clutch quarterback

Fields does have 236 rushing yards and a rushing touchdown in the fourth quarter and overtime (6.74 yards per carry), but his passing game limits the impact he can make with his legs. The Bears quarterback is still learning, but the numbers show he’s a bit short of reaching the next tier at his position.

The Ravens will end up as the No. 1 seed in the AFC

Baltimore barely beat a struggling Carolina team at home Sunday, improving its record to 7-3 on the year — while leading by double digits in all 10 games. The Ravens are a very good team, but needed three defensive turnovers to corral a struggling offense that had just 308 yards on the day.

The Ravens have the easiest schedule remaining in the NFL and are just one game behind the Chiefs for the best record in the AFC, so getting home-field advantage is a possibility. We need to see the Chiefs stumble for two more games before Baltimore can enter that conversation.

Don’t be fooled: The Ravens do have a shot at the top seed in the conference. The offense has to get on track at some point to make it a reality.

Allen can get out of his slump himself, but the Bills committing to the run game will certainly help. Cook provided a jolt to the offense Sunday with 11 carries for 86 yards, part of a running game that finished with 171 yards and averaged 5.2 yards per carry.

The Bills should commit to Cook more going forward, or at least use him in a running back by committee with Devin Singletary. Allen was 18 of 27 for 197 yards and missed several throws Sunday, but he didn’t have a turnover.

While Allen is in a funk, he’s too good of a player to have this slump last long. Committing to Cook and running the football more will help Allen for the stretch run.

The Commanders did their job against the Texans on Sunday, as Heinicke completed 15 of 27 passes for 191 yards with no touchdowns and no interceptions (77.9 rating). While the box score isn’t impressive, Heinicke didn’t turn the ball over and Washington is 4-1 with him as the starting quarterback.

The Commanders are behind the 49ers for the final playoff spot (San Francisco plays Monday), but they are 6-5 and have kept their season alive after a 1-4 start. They have two games against the Giants coming up, but have to take care of the Falcons first.

If the Commanders can sweep the Giants, this conversation will be revisited. In reality, it’s too soon to make this proclamation.

The Jets have to bench Zach Wilson

Wilson is costing the Jets a shot at a playoff spot one week at a time. The Jets quarterback went 9 of 22 for 77 yards with no touchdowns and no interceptions (50.8 rating) as the Jets put up just three points in a loss to the Patriots. Wilson also had his fewest completions, passing yards, and lowest completion percentage in a game this season.

The Jets had 103 total yards in the game — and just two in the second half! Only Kenny Pickett has a lower passer rating among qualified quarterbacks than Wilson, whio is last in the league in completion percentage (55.6%).

The Jets have a great roster with an elite defense — and Wilson is costing them a playoff spot. Joe Flacco or Mike White could be better at this rate.

The Rams are the worst defending Super Bowl champion ever

Los Angeles fell to 3-7 on the year after an embarrassing loss to New Orleans on Sunday, a game Matthew Stafford left as he was being evaluated for a concussion. This is the worst start for a defending champion after 10 games, tying the 1999 Broncos and 1987 Giants.

John Elway retired after the 1998 season and Phil Simms got injured in Week 2 of the 1987 season and was out several weeks, leading to poor starts by those teams. What’s the Rams’ excuse?

Stafford missed a game, but he’s been subpar all year. The Rams can’t commit to a running back (not like they have a good one to commit to) and the offensive line is in shambles. The defense isn’t good enough to make up for the offensive woes either.

Not only will this team miss the playoffs, they’ll finish last in the division.

Injuries are going to cost the Giants a playoff berth

For the third straight game, the Giants have looked average. That’s typically what happens when a team loses that many players — Adoree’ Jackson, Fabian Moreau, Jon Feliciano, Tyre Phillips, Jason Pinnock and Wan’Dale Robinson — in one game. The Giants were already without Azeez Ojulari, Evan Neal and Xavier McKinney to start Sunday’s game.

The result was a loss to the Lions, putting New York two games behind Philadelphia in the division race and in third place in the NFC East. The Giants are 1.5 games ahead of the Commanders for the final playoff spot, but have to play Washington and Philadelphia twice.

If the Giants don’t have these key players, they could be in serious trouble without their starting cornerback, starting right tackle, backup right tackle, starting center, starting safety, backup safety, and starting wide receiver. They have a chance with Daniel Jones and Saquon Barkley healthy, but can they survive this NFC East gauntlet?

How they fare against the Commanders in two of their next four games will decide the season — and the playoff opportunity.