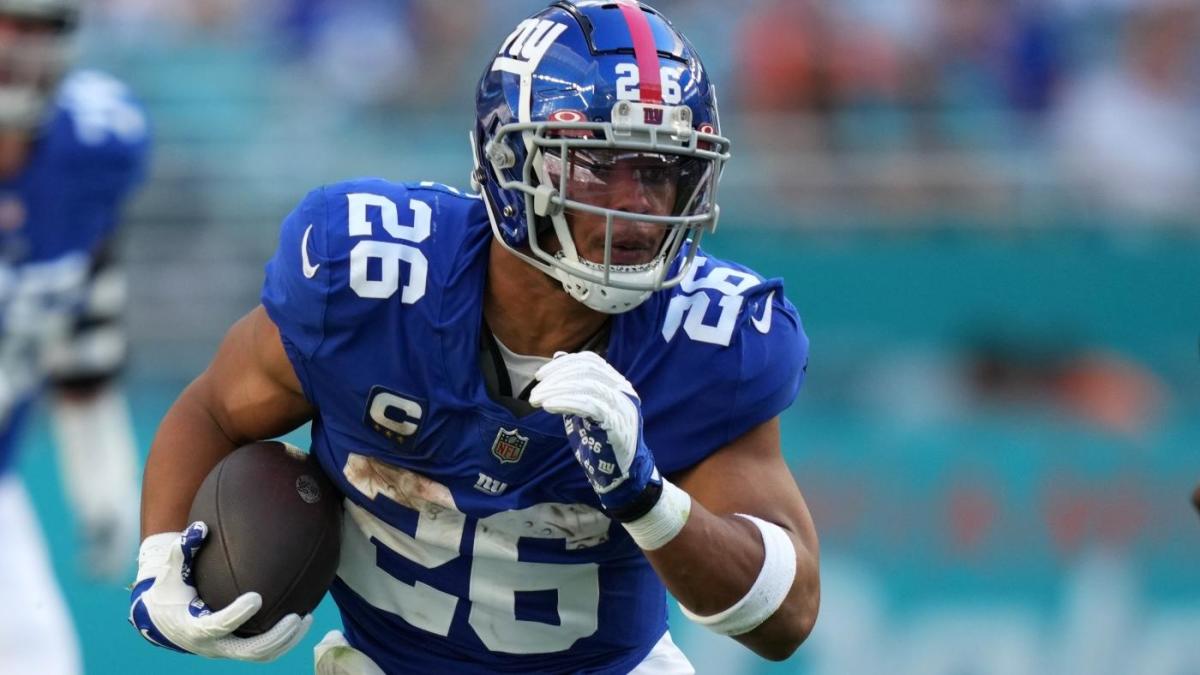 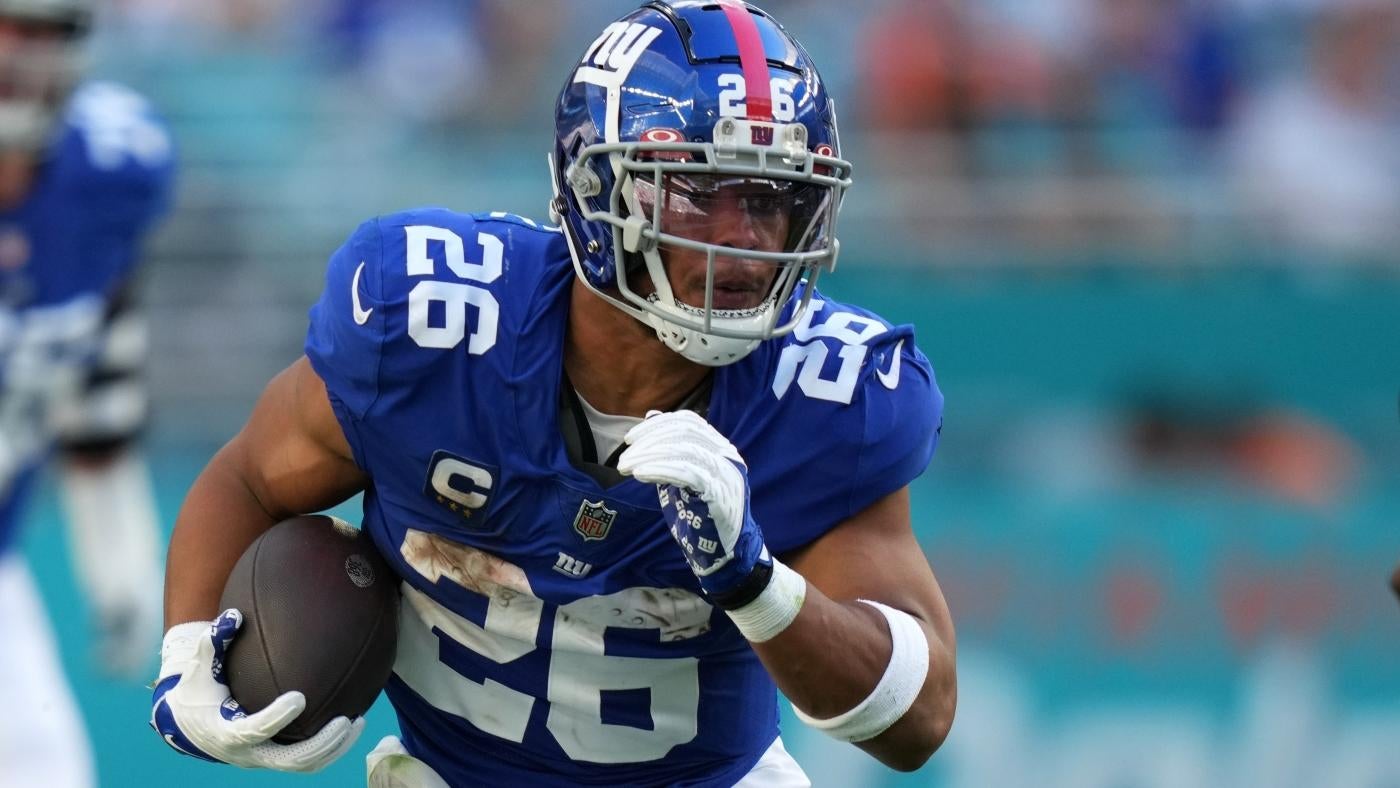 What a crazy Week 2 the NFL provided, starting with two teams (Miami Dolphins and Arizona Cardinals) completing a 20-point comeback in the same week for the first time in NFL history. Teams have lost 2,331 straight games when trailing by 13-plus points in the final two minutes (including playoffs) — before the New York Jets shocked the Cleveland Browns.

Not only did four teams overcome 10-point deficits to win in Week 2, there have been 12 games decided by three points or fewer this season — the most such games through the first two weeks of a season in NFL history.

While the Sunday slate was unpredictable and full of incredible comebacks, there were plenty of overreactions that need to be addressed throughout the league after this wild batch of games. These are the best reactions from each game in Week 2, and whether these storylines are overreactions or reality.

Amon-Ra St. Brown is a top-10 receiver in the NFL right now

All over the field in Sunday’s win over Washington, St. Brown finished with nine catches for 119 yards and two touchdowns  — while also rushing twice for 68 yards (leading the Lions in rushing). Since Week 12 of the 2021 season, St. Brown has 72 catches for 766 yards and eight receiving touchdowns (eight games) — all in the top five of the league.

St. Brown is a top-10 receiver in this league, and the Lions have three straight games of 30-plus points for the first time since 1997 as a result.

Dallas showed how good its defense is, giving the Cowboys an opportunity to be in every game because of a unit that gets after the quarterback and forces mistakes. Can this formula lead Rush to a couple wins?

Rush played well in Sunday’s upset over the Bengals, going 19 of 31 for 235 yards and a touchdown (95.5 rating). He was able to find CeeDee Lamb seven times and connected with Noah Brown for 91 yards and a touchdown. However, the Cowboys’ offense was anemic in the second half, running 24 plays for 110 yards (4.58 yards per play on five possessions).

Rush did lead the Cowboys to the winning field goal and completing the upset, yet the inconsistent offense is a concern. Perhaps the Bengals made the adjustments that other teams will copy in the ensuing weeks.

The Giants are NFC East contenders

Give New York a lot of credit for its first 2-0 start since 2016, but a win over a good team is needed for this to be a reality. Whether the Titans are good or not is to be determined (even though the Giants deserve a ton of credit for the impressive road win) and the panthers are shaping out to be one of the worst teams in the league — again.

The Giants struggled offensively for three quarters and there didn’t seem to be a lot of faith in Daniel Jones among the coaching staff. That changed in the fourth quarter, when the Giants called his number to run for the first down and seal the win against Carolina.

New York’s defense has been impressive in both games — without Kayvon Thibodeaux and Azeez Ojulari. The first test for the Giants will be next week against Dallas, which may be the time to revisit this one.

Frank Reich is on the hot seat

The Colts looked pathetic in Sunday’s shutout loss to the Jaguars, going just 2 of 10 on third down and gaining 218 yards of offense. Matt Ryan threw three interceptions and looked over the hill against an aggressive Jaguars front, which manhandled the Colts’ offensive line and finished with five sacks.

Indianapolis was 0-for-2 in the red zone and finished with three turnovers, not exactly the offense the Colts thought they were getting when they ditched Carson Wentz for Ryan.

The Colts, who were expected to rule the AFC South this season, now have a loss to Jacksonville and a tie against Houston. That’s inexcusable.

Garrett Wilson is the best receiver in his draft class

Wilson had his breakout performance in the NFL on Sunday, finishing with eight catches for 102 yards and two touchdowns in the Jets’ crazy comeback victory over the Browns. He’s the first rookie in Jets history with 100 receiving yards and two receiving touchdowns in a game — accomplishing the feat in just his second career game.

Wilson also caught the game-winning touchdown pass that capped the Jets comeback with 22 seconds left. He’s been a key target for Joe Flacco in the early going, playing a huge role why the Jets’ passing offense is making plays in the first two games.

It’s too early to crown Wilson with what Jahan Dotson is doing in Washington and Drake London is accomplishing in Atlanta. Wilson is a really good football player, though, a potential game-changer at his position.

Winston is reportedly playing with four fractures in his back and is playing in a lot of pain. The back injury is clearly hindering his performance, as Winston threw three interceptions in Sunday’s loss to the Buccaneers — including a pick six that put the Saints in a 17-point hole they weren’t overcoming.

Being sacked six times didn’t help either. New Orleans has a quality backup quarterback in Andy Dalton who can relieve Winston for a few weeks while his back heals. This is an injury that isn’t worth aggravating early in a 17-game season. The Saints can survive a few weeks without Winston as he heals — especially with that defense.

The Patriots can’t make the playoffs with their offensive approach

Credit the Patriots for using the four-minute offense to grind out the clock, pounding the football through the heart of the Steelers’ tenacious defense. Is this sustainable?

New England got the big play it needed from Nelson Agholor to take the halftime lead and a third-quarter touchdown run from Damien Harris to preserve it, yet something felt missing from a Patriots offense that put up 376 yards and went 9 of 17 on third down.

Against the more explosive team sin the NFL, the Patriots are going to have to put up more than 17 points. New England is averaging only 12 points per game through two weeks, far from good enough to compete with the powerful AFC.

The Patriots bought some more time with a win, but this offense just isn’t good enough.

Through two games, it’s still too early to tell. Los Angeles did build a 28-3 lead over Atlanta, but needed a late defensive stop to end the Falcons insane comeback attempt. Atlanta did score the final 17 points of the game to only lose by four and had a chance to take a fourth-quarter lead. That’s very un-Rams like under Sean McVay, who normally cruises when having a big halftime lead.

Los Angeles faces a resilient Arizona team next Sunday, a good test after having a “get-right” game against the Falcons.

This is an easy one, given the success Garoppolo has had with 49ers — even though he was the quarterback no one wanted when San Francisco named Trey Lance the starting quarterback. With Lance out for the season, this team belongs to Garoppolo in what is expected to be his final season in San Francisco.

Garoppolo didn’t miss a beat filling in for Lance, managing the game and opening up the passing game (particularly with Brandon Aiyuk). The 49ers have been in the NFC Championship Game two times in the last three years under Garoppolo, so there’s enough of a sample size they’ll be in the mix come January.

The Lance injury is unfortunate, but the 49ers are lucky no one wanted Garoppolo. They’ll compete for the division title with him leading the way again.

Nathaniel Hackett is out of his realm as a head coach

Denver fans already were scratching their heads at Hackett after his gaffe that led to a Week 1 loss. Things didn’t get better in a unconvincing win over the Texans.

The Broncos had four plays inside the Texans’ 2-yard line in Sunday’s win, throwing the ball all four times and not completing a pass. Javonte Williams nor Melvin Gordon got the ball once in those situations.

Hackett’s game management is atrocious, taking too long to make decisions that led to delay-of-game penalties. At one point, the fans were counting down the play clock for him — while Denver had the ball!  Denver also used all three of its timeouts with 7:38 remaining in the game, another example of poor management as a head coach.

Hackett should improve as the season goes on, but this is such a questionable coach to lead a team that’s better than it’s playing.

Kyler Murray is worth the contract he’s getting

There is zero reason to doubt Murray after Sunday’s incredible comeback against the Raiders, which was the Cardinals’ biggest comeback win since 1999. This all came from the play of Murray, who had 252 yards in the second half and overtime to bring the Cardinals back, totaling two touchdowns (one passing, one rushing) and running and throwing for a two-point conversion (both of which came in the fourth quarter).

Murray became a video game character in the second half, willing a dormant Cardinals offense to overtime — setting the stage for the defense to steal the win. If it wasn’t for Murray, the Cardinals would be 0-2 and having more questions about an offseason that was an abject disaster.

The Cardinals paid Murray to have him on their roster and compete for wins. Sunday’s comeback showed why.

Jackson is off to an incredible start to the season, throwing for six touchdown passes and having a 120.1 passer rating. He also is leading the Ravens with 136 yards and 9.1 yards per carry.

As good as Jackson is playing, the Ravens are 1-1 because they don’t have a running back who can take the pressure off of Jackson while J.K. Dobbins is out — and the secondary couldn’t stop the Dolphins speed of Tyreek Hill and Jaylen Waddle.

The Ravens can’t rely on Jackson’s athleticism and unbelievable play to win football games all season. The defense has to preserve leads and the running game has to help Jackson out. Dobbins returning should be a major boost in the coming weeks.

The Packers will be fine

The NFC North just isn’t a good division — and the Bears are a perfect cure for any team’s woes. The Lions and Vikings appear better, but the Packers still have Aaron Rodgers and Aaron Jones to pace the offense and make sure they stay atop the NFC North.

Green Bay’s defense has the makings of a very good unit, as evidenced by the 228 yards and 48 net passing yards they held the Bears to Sunday night. The Packers have proven they don’t start the season strong, but are still one of the best teams in the NFC.

The Packers have the best quarterback in the division who’s the two-time defending MVP. A win against Tampa Bay next week could set the stage for another big season.