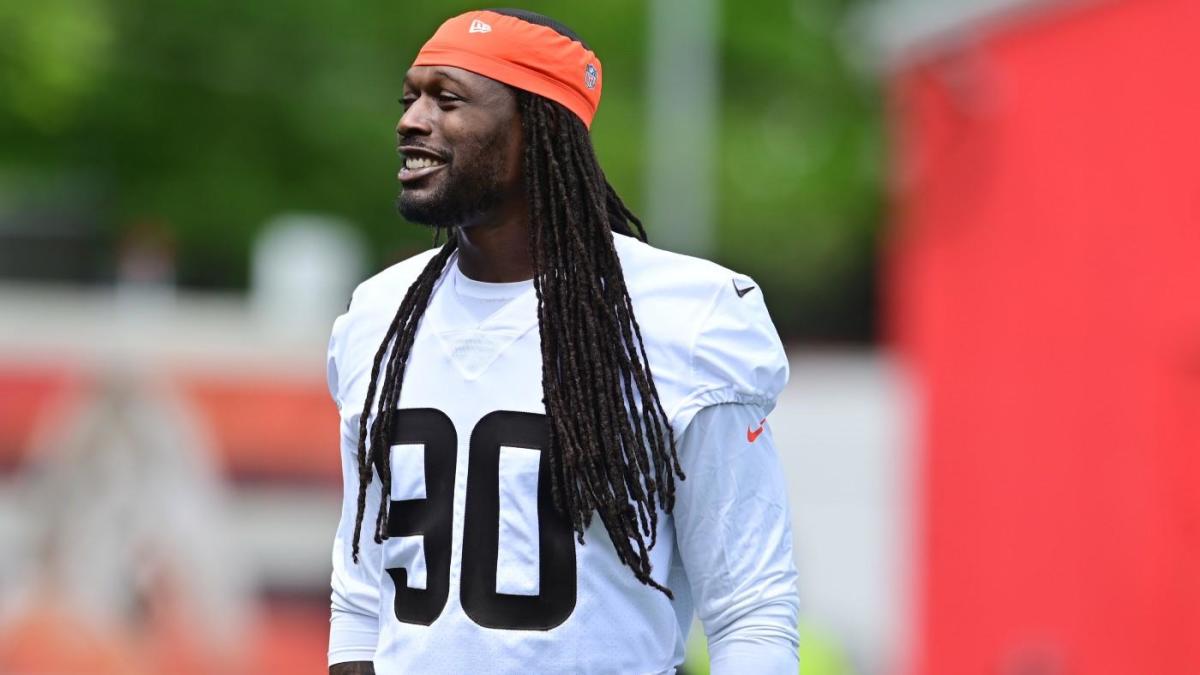 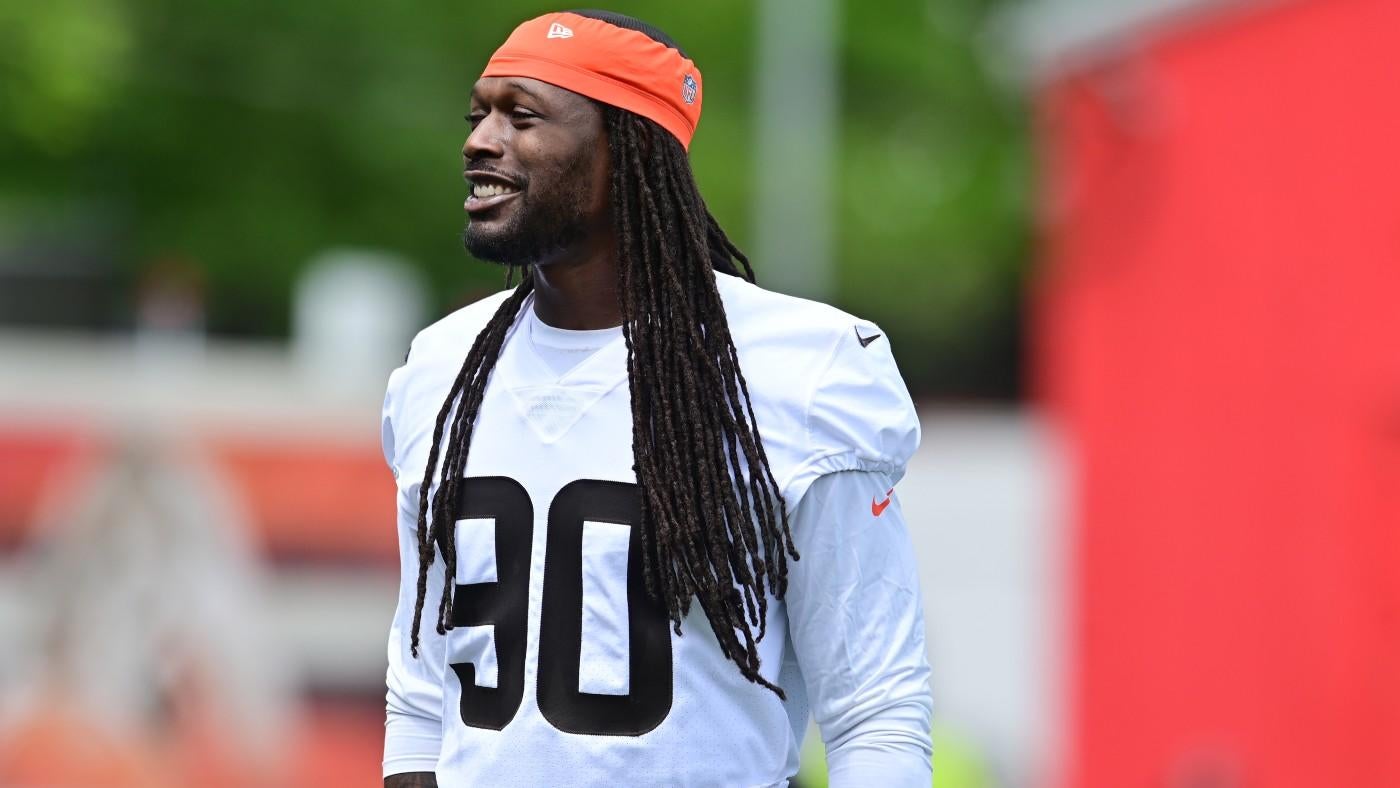 Below, we will break down the midweek injury reports, and the final injury report for Thursday night’s matchup between the Pittsburgh Steelers and Cleveland Browns.

There were just two players listed on the Steelers’ Week 3 injury report, but neither carried a game designation. Linebacker Devin Bush was limited on Monday with a foot injury, but returned as a full participant Tuesday and Wednesday. Star safety Minkah Fitzpatrick was added to the injury report on Wednesday as a limited participant with lower leg cramps, but he is expected to play.

Clowney was the only Brown given a game designation on their Week 3 injury report, as he will not play Thursday night due to an ankle injury. However, offensive linemen Jack Conklin (knee), Chris Hubbard (illness) and Joel Bitonio (biceps) were limited participants in practice on Wednesday.

The Dolphins had a laundry list of injuries Wednesday, as Terron Armstead (toe) and Xavien Howard (groin) were the notables that did not practice. Melvin Ingram had a veteran rest day. Ced Wilson (ribs/toe) was limited.

Huge news for the Ravens on Wednesday, as J.K. Dobbins (knee) was a full participant at practice. Missing the first two games, Dobbins appears on track to play his first game since the 2020 season Sunday. Marlon Humphrey (groin) did not practice and Devin Duvernay (concussion) is in the protocol. Lamar Jackson (right elbow) was limited, but he’ll play Sunday. Ronnie Stanley (ankle) was limited.

Jakobi Meyers (knee) and Kyle Dugger (knee) did not practice for the Patriots. Davon Godchaux (back) was limited.

Eagles wideout Quez Watkins sat out of practice Wednesday due to an illness. Philly has a couple banged-up defenders, as cornerback Avonte Maddox was limited with a back injury and pass-rusher Haason Reddick was limited with a knee issue.

Good news for the Commanders, as Kamren Curl (thumb) was a full participant in practice.

The Chiefs are pretty healthy heading into Week 3, but Harrison Butker (left ankle) did not practice after missing last Thursday’s game. Butker had six days to rest up that ankle, so his status for Sunday is worth monitoring. Mecole Hardman was limited with a heel injury.

Michael Pittman was limited for the Colts with a quad injury, while DeForest Buckner was limited with a hip injury. Shaquille Leonard was a full participant after missing the first two games with a back injury.

Cornerback Donte Jackson was the only player listed on the Panthers’ Wednesday injury report, as he was limited with a hamstring injury. Star running back Christian McCaffrey was given a rest day.

Quite a few players did not practice for the Titans, most notably Taylor Lewan (knee) and JaMarco Jones (triceps) — which leaves Tennessee thin at tackle. Kristian Fulton and Dontrell Hilliard both were limited with hamstring injuries, while Kyle Philips was limited with a shoulder injury.

For the Raiders, Chandler Jones got a veteran rest day — but he wasn’t the lone DNP. Trevon Moehrig (hip) and Denzel Perryman (ankle) didn’t practice, while Hunter Renfrow is in the concussion protocol.

With the Vikings playing Monday night, it was expected they’d have a few injuries on the docket. The only notable one was starting safety Harrison Smith (concussion), as he’s going through the protocols.

For the Lions, Aidan Hutchinson did not practice (thigh) and D’Andre Swift also missed the Wednesday session (ankle). T.J. Hockenson (hip) and Amani Oruwariye (back) were limited.

The Texans have a lighter injury report than most for Week 3, as Kamu Grugier-Hill was limited with a neck injury. Davis Mills was a full participant, but has a right thumb injury.

Offensive tackle La’el Collins (back), linebacker Germaine Pratt (knee) and tight end Drew Sample (knee) did not practice for the Bengals on Wednesday. Tight end Hayden Hurst was a limited participant with a groin injury.

The Jets had John Franklin-Myers (toe/quad) not practice, along with George Fant (knee). The most notable name on the report is Zach Wilson (knee), as there’s an outside chance he could play Sunday.

The Packers didn’t have David Bakhtiari practice (knee), and Randall Cobb was out with an illness. Elgton Jenkins (knee) was limited, as were wide receivers  Sammy Watkins (hamstring), Christian Watson (hamstring), and Allen Lazard (ankle).

The Jaguars are again the healthiest team in the league, as they had no injuries to report Wednesday.

The Chargers have the most notable player on the weekly injury report, as Justin Herbert was limited with the ribs injury from last Thursday night. The long layoff from the “mini-bye” helps Herbert’s chances to play Sunday. Keenan Allen was also limited with his hamstring injury. J.C. Jackson (ankle) and Corey Linsley (knee) did not practice.

Van Jefferson (knee) and Brian Allen (knee) did not practice for the Rams on Wednesday, while Aaron Donald got a rest day.

The Falcons are one of the healthiest teams in the league, as Darren Hall was the only one on the injury report. Hall has a knee injury and was limited.

Quandre Diggs (knee) did not practice for the Seahawks, while Gabe Jackson got a veteran rest day. Uchenna Nwosu (shoulder/knee) was limited.

George Kittle (groin) was limited after missing Sunday’s game, but the 49ers are optimistic he’ll play this week. Trent Williams got a rest day and Arik Armstead (foot) missed practice.