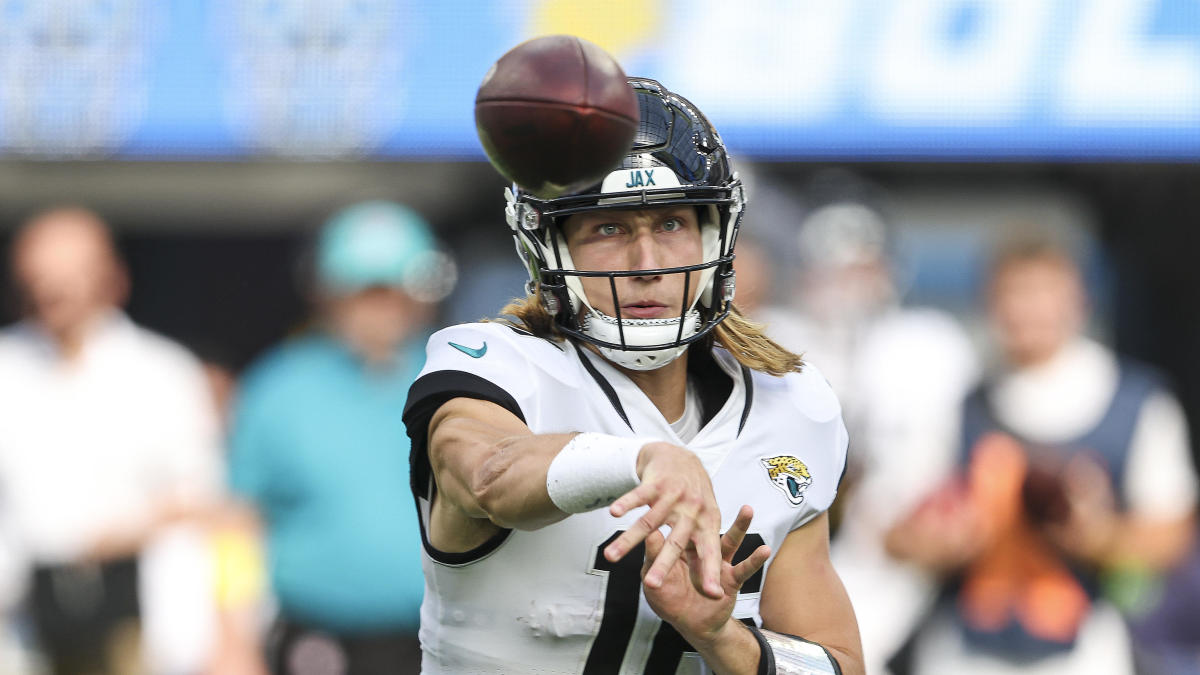 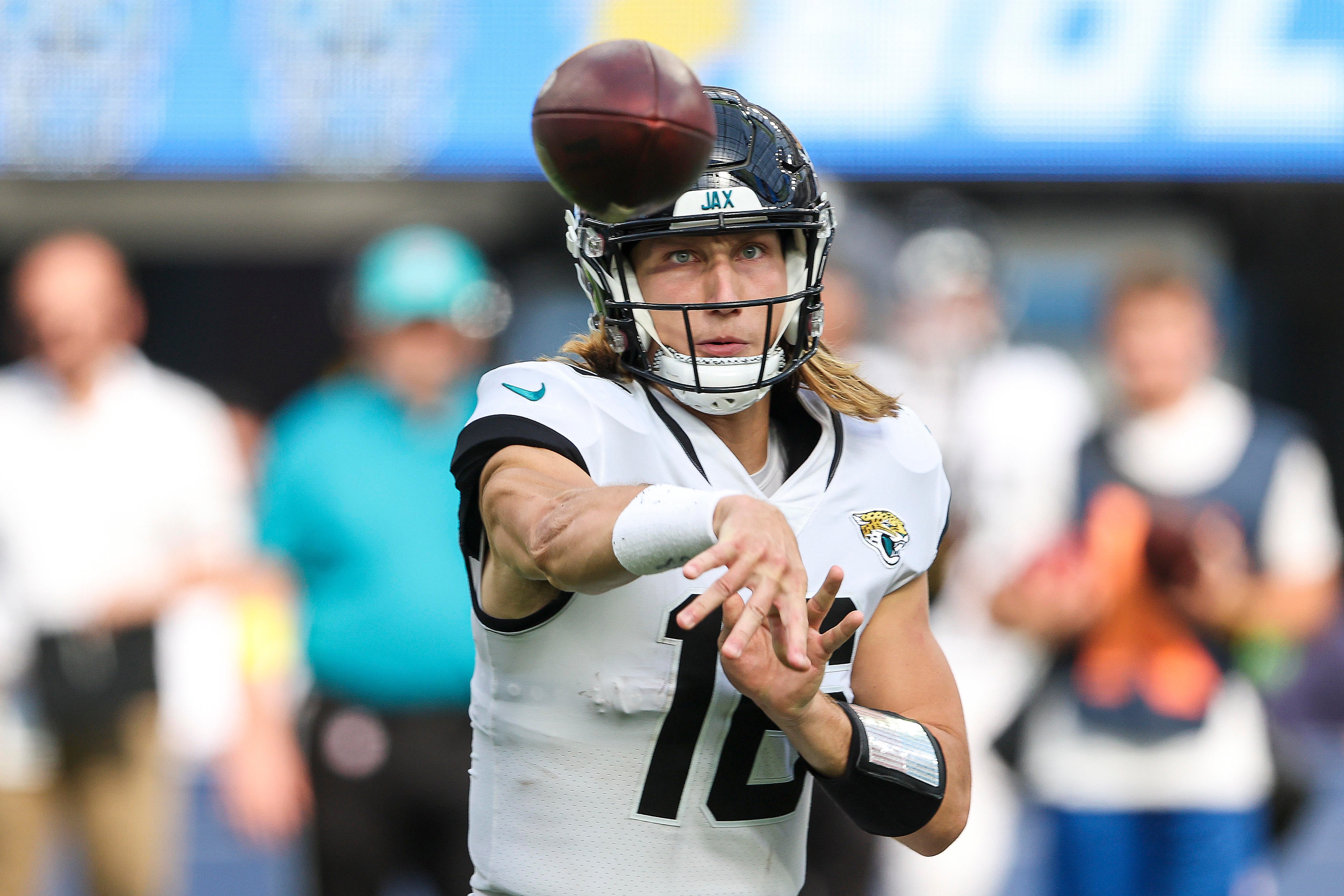 This week in the NFL wasn’t as crazy as the first two weeks of the year, a return to normalcy in the league — sort of. The Kansas City Chiefs and Buffalo Bills both lost games Sunday, which is rare for two of the league’s powerhouse teams — while the Philadelphia Eagles and Miami Dolphins are the league’s lone 3-0 teams (the undefeated New York Giants play Monday).

While the NFL has plenty of teams trying to figure themselves out, there are plenty of overreactions to go with the results from Sunday. These are the best reactions from each game in Week 3, and whether these storylines are overreactions or reality.

Jaguars are the best team in the AFC South

The turnaround Doug Pederson has done with this Jaguars team has made him one of the early favorites for Coach of the Year. Jacksonville has a smothering defense that has held opponents to just 5.0 points per game over the last two weeks — including holding the powerful Chargers offense to only 10 points in a dominating 38-10 win Sunday.

Trevor Lawrence is a completely different quarterback and has enough pass catchers to get even better as the season progresses. Christian Kirk has been a problem for opposing defenses as he’s been a strong weapon in the slot. James Robinson has been getting better by the week, just nine months removed from that Achilles tear.

With how the AFC South has looked after three weeks, the Jaguars are the team to beat at the moment.

Hurts is the first player in NFL history to average 300 passing yards per game and 50 rushing yards per game after the first three games of the season. The Eagles quarterback had another dominant performance against the Commanders, completing 22 of 35 passes for 340 yards with three touchdowns and zero interceptions for a 123.5 passer rating.

Hurts is one of just six quarterbacks with a passer rating over 100 and has seven touchdowns (four passing, three rushing). The Eagles are off to a 3-0 start and are one of just two unbeaten teams in the NFC after three weeks.

Hurts is not just a MVP candidate. He’s one of the front-runners for the award.

Josh McDaniels should be first head coach fired this year

McDaniels is proving he shouldn’t have been given a second chance as a head coach, as evidence by the Raiders’ 0-3 start to the year — a season after the franchise made the playoffs with interim Rich Bisaccia. Despite the 0-3 start, the Raiders’ three losses are by a combined 13 points — the third lowest amount by any team starting 0-3 over the last 25 years.

The third-down efficiency was horrific against the Titans (1 of 12) and red zone conversions were just as bad (2 of 6). McDaniels was supposed to improve Vegas in that department, but hasn’t been able to execute with more weapons at his disposal.

Vegas shouldn’t move on from McDaniels yet, but he’s on the hot seat. An 0-3 start is not what the Raiders envisioned with these offseason moves.

This was a game Cincinnati needed after a tough 0-2 start, as the Bengals jumped out to a 20-6 lead over the Jets and never looked back. Joe Burrow looked like Joe Burrow again, completing 23 of 36 passes for 275 yards with three touchdowns, zero interceptions, and a 114.9 passer rating.

Cincinnati was 7 of 14 on third down, had just five penalties, and allowed just two sacks (allowed 13 in the first two games). While the win was needed, the Bengals have to play the undefeated Dolphins Thursday night before meeting Lamar Jackson and the Ravens in Week 5 in another prime-time affair.

Splitting those two games will keep the Bengals afloat, but they have to protect Burrow and play better in the first half against tougher competition. Then, this overreaction becomes a reality.

Lamar Jackson is the front-runner for MVP

What Jackson has done through three games is the stuff of legend. Jackson is the first player in the Super Bowl era to have 10 pass touchdowns and 100 rushing yards through three starts, coming off a performance which he went 18 of 29 for 218 yards with four touchdowns and one interception while also rushing for 107 yards and a score.

Jackson is the reason Baltimore has a high-powered offense and is an AFC contender. He’s the MVP front-runner through three weeks.

Buffalo was without six starters and just played a tough game on the road in extreme heat, yet found another way to lose a one-score game. The Bills are 0-7 in one-score games since the start of last season, which includes the divisional playoff collapse to the Chiefs (a game Buffalo should have finished).

The Bills have the longest active losing streak in one-score games in the NFL, even though they outgained the Dolphins by 285 yards. Buffalo was 11 of 18 on third down and 2 of 4 in the red zone. How did the Bills lose?

Josh Allen fumbled inside his own 10-yard line that led to a Dolphins score and took away a field goal opportunity on a mishandled snap on a spike attempt. Tyler Bass missed a field goal and Gabe Davis dropped a touchdown.

Buffalo is too good to keep losing one-score games, but the Bills have to end the miscues when the game is tight. The Bills are loaded, but they have to break this hex if they want to be the conference favorites they are being billed as.

Kansas City shouldn’t be ready to go in that direction yet, but Andy Reid could not have liked what he saw in Sunday’s loss to the Colts. Jerick McKinnon was yelling at his teammates over their performance, which resulted in the Chiefs averaging just 2.5 yards a carry and totaling 58 rushing yards. Patrick Mahomes was the leading rusher with 26 yards.

The Chiefs are averaging just 93 rushing yards per game and the rushing totals are going down each week. The running back situation is on alert, but no reason to upgrade yet.

Tom Brady is starting to look like an aging quarterback

Not ready to go down this rabbit hole yet, even if Brady has just three touchdown passes through three weeks and the Buccaneers have yet to score over 20 points in any of their three games played.

Brady was 31 of 42 for 271 yards with a touchdown and no interceptions without Mike Evans, Chris Godwin, and Julio Jones. He was throwing to the likes of Russell Gage, Breshad Perriman, Jaelon Darden, and Cole Beasley — not exactly the receiving group he came out of retirement for.

Evans, Godwin and Jones have played 13 snaps together this season which is why Brady has his fewest pass touchdowns through three games and his lowest passer rating (89.2) since 2014. Let’s wait until Brady’s top playmakers return before we jump to the conclusion that the 45-year-old is finally showing his age.

The Lions have to learn how to finish games

The Lions blew a 10-point lead and got outscored 14-0 in the final quarter of a game they dominated early. In their five fourth-quarter possessions, Detroit punted twice, turned the ball over on downs, missed a field goal and Jared Goff threw a desperate interception after the Vikings took the lead.

Detroit ran 27 plays for 80 yards with no points. On a fourth-and-4 up three points with 1:14 remaining, Dan Campbell decided to attempt a 54-yard field goal to put the Lions up six after going 4 of 6 on fourth-down tries earlier in the game. A confusing decision on fourth down set the Vikings up with good field position to drive down the field for the winning score.

This was a game the Lions have to have to take the next step under Campbell. This team is better, but Campbell has to coach them to wins in addition to willing them.

Jameis Winston is back to his Tampa Bay self

Winston put up big numbers in the loss to the Panthers (25 of 41, 353 yards, touchdown), but threw two interceptions and failed to get Alvin Kamara involved in the offense in his return. The Saints offense was inconsistent throughout the afternoon as Winston once again struggled on passes of 10-plus air yards — throwing no touchdowns to five interceptions on the year (including two Sunday).

Carolina put the pressure on Winston and he felt the heat, making errant decisions and only targeting Chris Olave and Tre’Quan Smith. Winston is looking like the quarterback the Buccaneers cast off three years ago, a terrible sign for the Saints.

Sure it was only the Texans and the Bears need to throw the football more, but the offense certainly wore down the Texans defense throughout the game and controlled the time of possession. Chicago doesn’t trust Fields throwing the football, nor do they seem to have a game plan to help him develop.

Herbert is the play here. The Bears are winning games as a result.

The Cardinals have only led once through three games — and that was on a fumble recovery touchdown in overtime. Kliff Kingsbury has been outmatched at the start of games, including Sunday after Arizona had just 22 yards after four drives.

The Rams jumped out to a 13-0 lead before the Cardinals could get anything going, even though Arizona failed to score a touchdown in the red zone and went 6 of 18 on third downs. Arizona ran 72 plays on its final five possessions and scored just 12 points.

What Kingsbury is doing isn’t working and the Cardinals need to get into a rhythm to get this season on track. Kingsbury’s seat is getting warmer, but Arizona has Carolina, New Orleans, and Seattle in three of the next four weeks. There’s opportunities to turn the year around — and DeAndre Hopkins will be back soon.

The Falcons are the second-best team in the NFC South

There are worse teams in the league than the Falcons — two of them may actually be in their division. Atlanta was able to beat Seattle on the road with an impressive offensive performance in which Arthur Smith came out swinging. Atlanta plays hard for its coach and the offense is showcasing it isn’t the problem.

Marcus Mariota won’t be benched any time soon and Cordarrelle Patterson has become a real threat on the ground. With the way the Panthers and Saints have started their seasons, the Falcons are in the conversation with them for the second-best team in the division (and they had a double-digit lead over the Saints in Week 1).

Carolina and New Orleans may be better, but Atlanta will give these teams all they can handle. The Falcons aren’t an easy out.