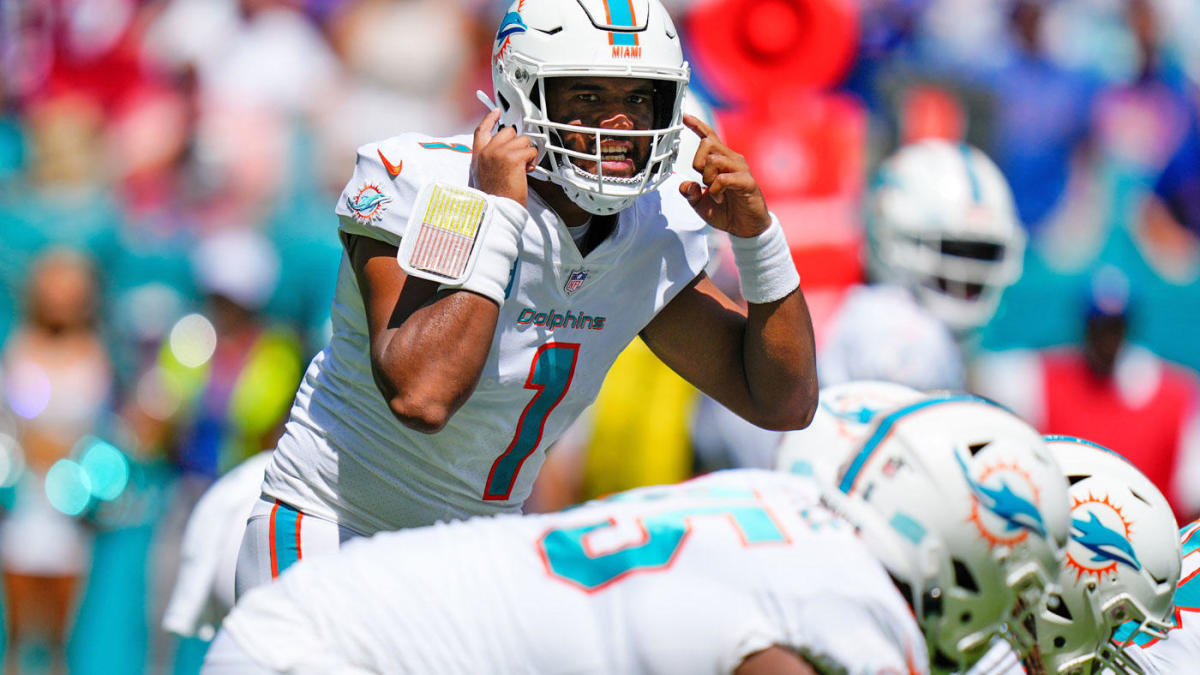 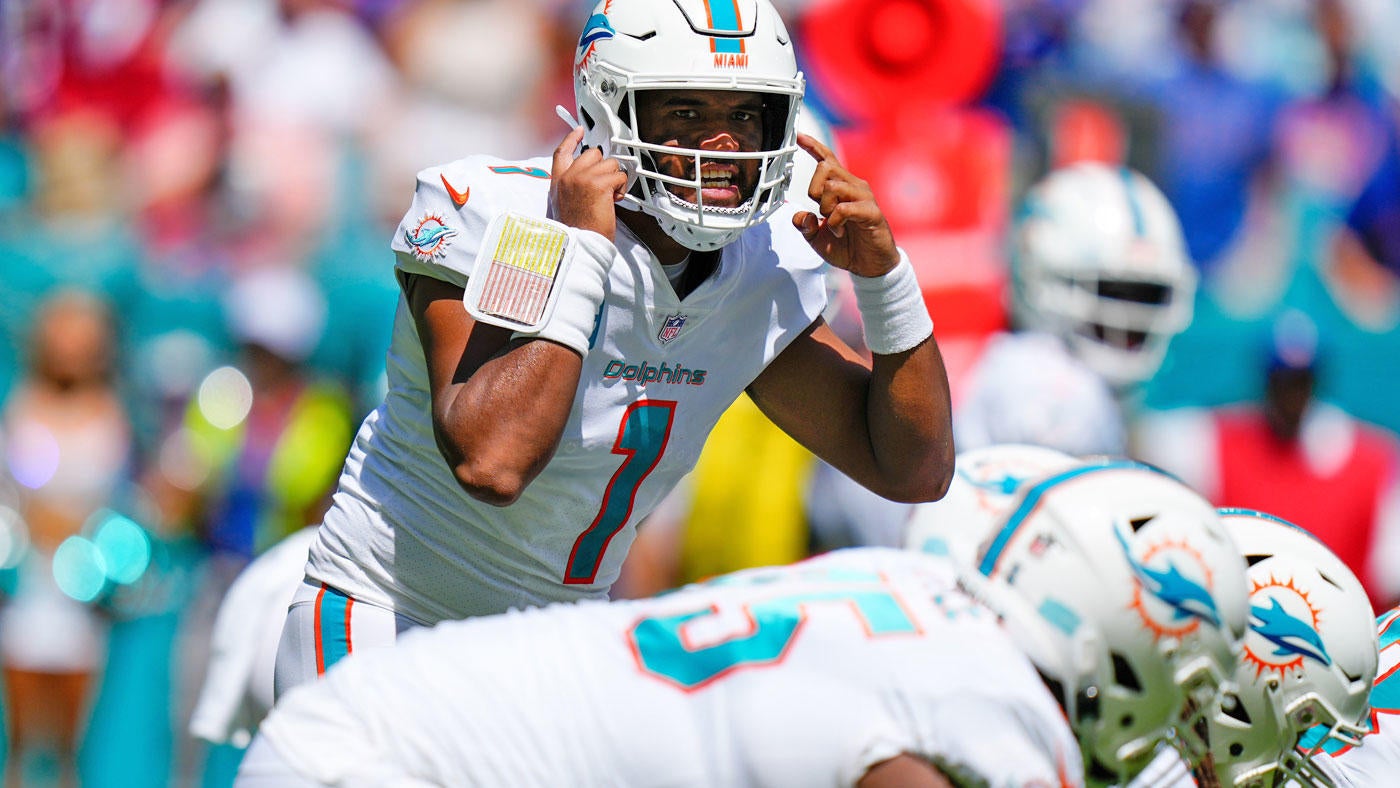 Another week, another list of notable NFL players whose health statuses are the topic of major conversation. Dak Prescott kicked things off earlier in the week when he did not rule out playing this Sunday after having the stitches removed from his surgically repaired thumb. Prescott is itching to get back on the field after watching teammate and backup Cooper Rush lead the Cowboys to a pair of wins over the past two weeks.

Prescott isn’t the only notable player who is dealing with an injury. Christian McCaffrey sat out Panthers practice nursing a thigh injury. Tua Tagovailoa’s status for Miami’s Thursday night game in Cincinnati is questionable, though he is reportedly expected to play. Keenan Allen is hoping to play for the first time since injuring his hamstring in the Chargers’ season-opener. Jets fans are hoping that Zach Wilson get make his season debut this Sunday in Pittsburgh, where Steelers fans are keeping their fingers crossed that Minkah Fitzpatrick can play after entering the concussion protocol.

Here’s a look at each of those injuries as well as every other significant injury entering the NFL’s fourth week of the regular season.

The Dolphins have a myriad of injuries this week to be wary of. Their left tackle, Armstead, is questionable with a toe injury, and two wide receivers, Waddle and Wilson, are questionable as well. Both were limited participants Tuesday and Wednesday. Waddle and Armstead are both reportedly expected to play. The headline of course is Tagovailoa, who is dealing with back and ankle issues. While he’s officially listed as questionable, he is reportedly expected to play. He said Wednesday that he plans to play, and he was limited in the final two practice sessions. The star cornerback, Howard, was limited Tuesday and Wednesday as well with groin and glute issues.

Reader and Sample did not practice at all this week for the Bengals, so them being ruled out for Thursday night is not surprising. Cincy will certainly want its right tackle, Collins, in the starting lineup. He sat out of practice Monday and Tuesday but returned as a full participant Wednesday — which bodes well for his status. As for Pratt, he was a full participant in the final two practice sessions after being limited Monday.

Falcons: Cordarrelle Patterson was the only Falcons player who did not practice Wednesday. Atlanta’s dual threat was given the day off to rest his injured knee.

Cowboys: Star quarterback Dak Prescott again did not practice due to his right thumb injury. Safety Jayron Kearse (knee), defensive lineman DeMarcus Lawrence (foot), offensive lineman Connor McGovern (ankle) and tight end Dalton Schultz (knee) were limited participants on Wednesday. If you were wondering about wide receiver Michael Gallup, he was a full participant with his ACL injury. He is nearing his season debut.

Colts: The Colts have some injuries worth keeping an eye on this week. Star running back Jonathan Taylor missed his first-ever NFL practice with a toe issue. Joining him as inactive on Wednesday were safety Julian Blackmon (ankle), defensive tackle DeForest Buckner (elbow), cornerback Stephon Gilmore (hamstring), center Ryan Kelly (knee) and defensive end Yannick Ngakoue (back). Offensive tackle Bernhard Raimann was limited with an ankle injury as well, but what was really good news for the Colts was that Shaquille Leonard was a full participant with his back issue.

Bears: Bears running back David Montgomery did not practice on Wednesday due to ankle/knee injuries, and how he progresses through the week will be something to watch. Linebacker Matthew Adams (hamstring), safety Dane Cruikshank (hamstring) and cornerback Jaylon Johnson (quad) also did not practice. Tight end Ryan Griffin (Achilles), wide receiver Velus Jones Jr. (hamstring) and linebacker Roquan Smith (quad) were limited participants.

Giants: Sterling Shepard (knee) did not practice, which was expected as he is slated to go on injured reserve after tearing his ACL in Monday’s loss to the Cowboys. Fellow wideout Wan’Dale Robinson also did not practice on Wednesday as he is dealing with a hamstring injury. Defensive lineman Leonard Williams (knee), linebacker Jihad Ward (knee), wide receiver Kadarius Toney (hamstring) cornerback Nick McCloud (hamstring) and cornerback Cordale Flott (calf) also did not practice on Wednesday. Cornerback Justin Layne (concussion) and Aaron Robinson (appendix) were limited participants.

Jaguars: The Jaguars had just a couple of names on their Wednesday injury report, as offensive guard Cole Van Lanen did not practice with a hamstring injury, and cornerback Shaquill Griffin was limited with a hip injury.

Jets: Quarterback Zach Wilson has been cleared to make his season debut after missing the first three games. Head coach Robert Saleh said on Wednesday that the second-year quarterback will start Sunday’s road game against the Steelers if all goes well during this week’s practices. He was a full participant on Wednesday. Linebacker Quincy Williams did not practice with an ankle injury, while cornerback Brandin Echols (hamstring) and defensive end John Franklin-Myers (toe) were limited participants.

Steelers: Minkah Fitzpatrick was a full participant on Wednesday, a day after Mike Tomlin announced that the star safety was in the concussion protocol. Punter Pressley Harvin III also practiced in full on Wednesday despite dealing with a left hip injury. Cornerback Ahkello Witherspoon was the only Steeler who did not practice, as he sat out with a hamstring injury.

Panthers: Running back Christian McCaffrey did not practice Wednesday as he is dealing with a thigh injury. McCaffrey is coming off his second consecutive 100-yard rushing performance this past Sunday while helping the Panthers net their first win of the year. Cornerback Jaycee Horn (calf), tight end Ian Thomas (ankle), safety Xavier Woods (hamstring) and wide receiver Laviska Shenault Jr. (hamstring) were limited participants.

Patriots: As expected, Mac Jones did not practice on Wednesday as he is dealing with a high ankle sprain. Bill Belichick did not rule Jones out for Sunday, however, saying that his quarterback has made significant progress over the past 48 hours. Belichick added that veteran Brian Hoyer will be New England’s starter if Jones can’t play. Defensive end Lawrence Guy did not practice either with an ankle injury, while safety Joshuah Bledsoe (groin), offensive tackle Yodny Cajuste (thumb), safety Kyle Dugger (knee), nose tackle Davon Godchaux (back), linebacker Raekwon McMillan (thumb), wide receiver Jakobi Meyers (knee), cornerback Jalen Mills (hamstring) and defensive back Adrian Philips (rib) were limited participants.