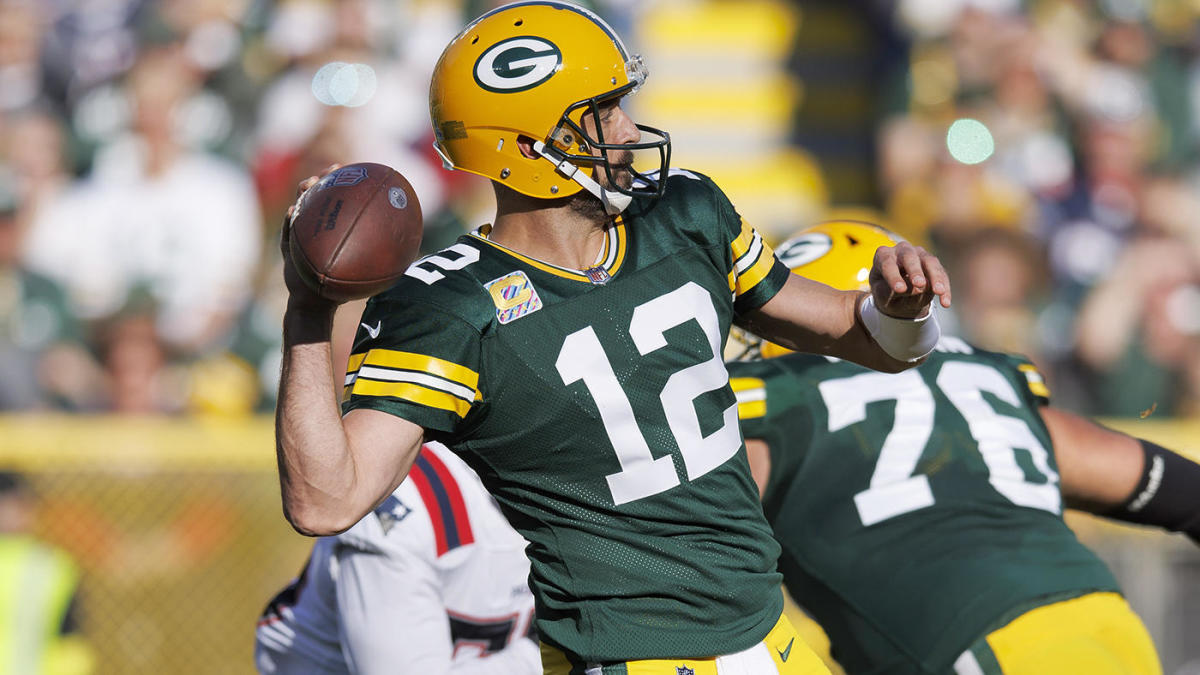 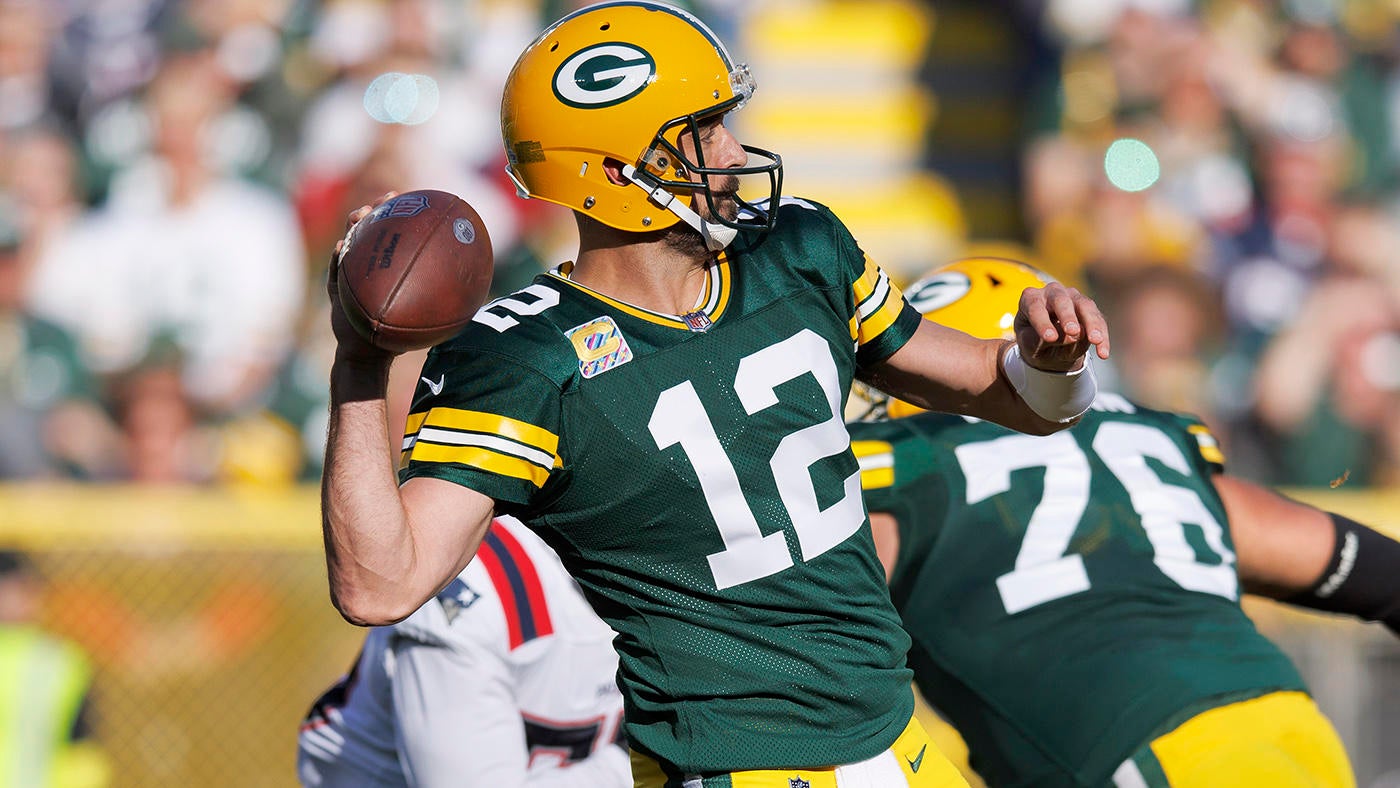 The NFL is still unpredictable through four weeks of the season. The Philadelphia Eagles are the lone unbeaten team at 4-0 and the Houston Texans are the only winless team through the first four games. The Atlanta Falcons and Seattle Seahawks are 2-2, the same record as the Denver Broncos and Los Angeles Chargers — two preseason Super Bowl contenders.

White the league is still trying to figure out who are the contenders and pretenders, there are plenty of overreactions after a Week 4 that saw crazy finishes and five games decided by three points. These are the best reactions from each game in Week 4, and whether these storylines are overreactions or reality.

The Saints were a double-doink away from saving their season

It’s hard to be positive about the Saints right now. Andy Dalton, Mark Ingram, Latavius Murray, and Taysom Hill are manning the quarterback and three running back spots with Jameis Winston, Alvin Kamara, and Michael Thomas out. That’s an average age of 32.5 at four key positions, trusted to lead New Orleans to a win.

This group almost pulled it off as New Orleans erased a 16-7 deficit to take 22-19 lead in the fourth quarter. Wil Lutz hit a 60-yard field goal to tie the game at 25-25, only for the defense to allow six plays for 54 yards in just 27 seconds for the Vikings to take the lead for good.

Lutz was just an inch to the right away from forcing overtime from 61 yards out, showcasing how desperate the Saints are to win a game. Now, New Orleans sits at 1-3 and the win was a ridiculous comeback against the Falcons.

The Saints don’t have the makings of a good team. They desperately needed that field goal to bounce their way.

Atlanta can make the playoffs behind its rushing attack

The Falcons have rushed for 200-plus yards in two of their four games, but let’s not dig the rabbit hole and make them a playoff team yet. The Browns were without three of their starting four defensive linemen (including Myles Garrett and Jadeveon Clowney), which allowed backup running backs Tyler Allgeier and Caleb Huntley to gash them for 140 yards on the ground.

Atlanta is .500 and a lot better than expected, but the Falcons will be tested against the Buccaneers next week. We’ll see if they can keep running the ball at this explosive rate.

The Ravens are choking away the AFC North

Baltimore could easily be 4-0 after four weeks. Instead the Ravens sit at 2-2 and blew two huge leads in the fourth quarter — at home no less.

Sunday was inexcusable as Lamar Jackson threw two fourth-quarter interceptions and John Harbaugh decided to go for it on fourth-and-goal from the 2-yard line in a tie game late in the fourth quarter. The result was Jackson’s second interception of the game, which led to the Bills using the final 4:09 for Josh Allen to drive them down the field and lead them to victory.

These are games the Ravens have to win. They’re in a three-way tie for the AFC North lead when they should be controlling the division.

What Cooper Rush has done in his three starts is impressive, but the three teams the Cowboys have beaten in his starts are a combined 6-6. The Commanders and Giants don’t appear to be powers, even if the Bengals win is looking better by the week.

Dallas has one of the best defensive lines in football, the real driving force behind the Cowboys’ success over the past three weeks. Rush will face his biggest test facing the Rams and Eagles defenses over the next two weeks, a much tougher test than what he’s seen against Washington and New York.

A split of the next two games keeps the Cowboys in business. That win has to be against Philadelphia.

Geno Smith is the Seahawks starting QB for the whole year

Geno Smith has the highest completion percentage by any quarterback through four games in NFL history (minimum 125 attempts). He’s the only player with a 75% completion rate, 1,000 yards and five touchdowns this season and has better numbers than Russell Wilson.

Smith is third in the NFL in passer rating (108.8) and is a major reason why the Seahawks are in the thick of the NFC West race at 2-2. He’s the man in Seattle — potentially even past this season if he keeps up this play.

We’ll need to see more from sixth-round rookie Jamaree Salyer against better competition at left tackle (sorry Texans), but Justin Herbert looked a lot more comfortable in the pocket in his second game since fracturing his rib cartilage 17 days ago. The Chargers offensive line allowed just one sack and two quarterback hits in the win, as Herbert threw for 340 yards and two touchdowns.

Herbert will get better by the week and the Chargers offensive line will get more continuity, but let’s see how this unit does against a better pass rush. Sunday was a strong start.

Indianapolis needs Jonathan Taylor to move the chains and control the game in order to win football games. Taylor had just 20 carries for 42 yards Sunday as the Indianapolis offense was held to just 17 points.

When Taylor rushes for less than 70 yards, the Colts are 0-2. Tennessee did an excellent job of stuffing Taylor, forcing Indianapolis to look for other ways to move the ball. The result was three turnovers and a 1.7-yards-per-carry average despite 365 yards of offense.

The Colts need a strong performance from Taylor to win games, which isn’t boding well for their playoff chances.

Saquon Barkley is the best running back in football

Through four games, yes. Barkley led the Giants to a tough win over the Bears, rushing 31 times for 146 yards as New York finished with 262 rushing yards against a tough Bears defense. Barkley leads the NFL in rushing yards (463) and is second in the NFL in yards per carry (5.5) among running backs with a minimum of 60 carries.

The argument could be made Nick Chubb is better, but Barkley is playing behind a much worse offensive line. Barkley gets the nod here.

Miles Sanders deserves to get paid this offseason

Sanders showcased he was a No. 1 running back during Sunday’s rainy-soaked conditions, rushing 27 times for 134 yards and two touchdowns against the No. 1 run defense in football. The Eagles running back is running with conviction, taking what’s given to him instead of seeking the big play on every carry.

Sanders is third in the NFL in rushing yards (356) and third in yards per carry (4.9) among running backs with at least 60 carries. A vital part of the Eagles rushing attack, the Eagles should pay Sanders as he enters the prime of his career. He’s a perfect fit for what Philadelphia runs on offense.

Kenny Pickett’s debut didn’t go as well as expected. Pickett completed 10 of 13 passes for 127 yards and three interceptions as he entered the game for Mitchell Trubisky in the second half, quieting the crowd that wanted him in the game. Pickett still moved the ball in the second half, as the Steelers had 171 yards and 14 points.

The three interceptions are what doomed Pickett, but he was able to get Pittsburgh in the end zone. Trubisky didn’t do that in his seven possessions Sunday — against the Jets. Mike Tomlin should still go back to Pickett next week and give him a week’s work with the starters.

This would be a reality, but who do the Panthers go to at this rate? There are no better options for Carolina, and Ben McAdoo’s offense just isn’t creative enough for any player to succeed.

The passing game stinks all around — and Baker Mayfield plays a huge role in that. Mayfield completed just 15 of 27 passes for a touchdown and two interceptions when facing four or fewer rushers, a terrible sign for a veteran quarterback.

Carolina has to ride with Mayfield, but Matt Rhule will likely hit the panic button. His job is on the line already.

The Packers are the best team in the NFC

Green Bay will always be in the Super Bowl conversation with Aaron Rodgers, as the Packers are finding ways to win despite their issues at wide receiver. Allen Lazard makes a world of a difference in the passing game and Romeo Doubs is becoming a reliable target.

The defense is making key plays, especially keeping the Packers in the game when the offense sputters. Right now, Green bay’s offense is too inconsistent to be the best in the NFC, especially when it struggles for a half against a bad Patriots team.

The Packers are a very good team, but there’s work to do.

Josh McDaniels needs to go to his star players more

Funny how when Josh McDaniels gives the ball to Josh Jacobs and Davante Adams the Raiders win. Jacobs had 28 carries for 144 yards and two touchdowns as he gashed a Broncos defense that looked excellent in the first three weeks. Adams had nine catches for 101 yards on 13 targets.

Giving the ball to those two produced first downs (the Raiders were 7 of 14 on third down) and a season high in points. Jacobs and Adams are the money players McDaniels needs to turn the Raiders’ season around.

The formula worked this week. The Raiders should go back to it again.

The Chiefs are the best team in the AFC

No contest here. Kansas City dismantled a Tampa Bay defense that shut down its competition all season, using patrick mahomes and his brilliance to score 41 points off the Buccaneers. The Chiefs thought Tampa Bay had the best defense in the league, yet ran for 189 yards and Mahomes was hit only six times.

The Chiefs lost last week to the Colts because of mistakes, uncharacteristic of an Andy Reid team. The Buffalo Bills are definitely in this conversation, but the Chiefs have Mahomes and Reid. That puts Kansas City over the edge.

It’s Kansas City, Buffalo — than everyone else.