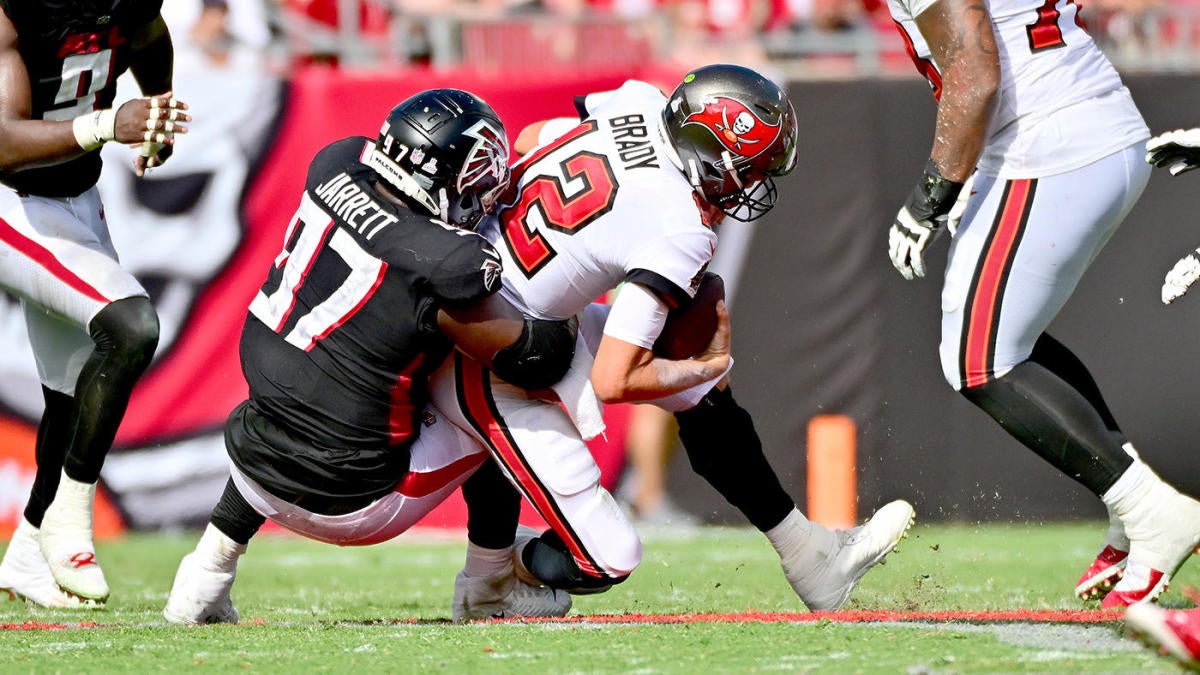 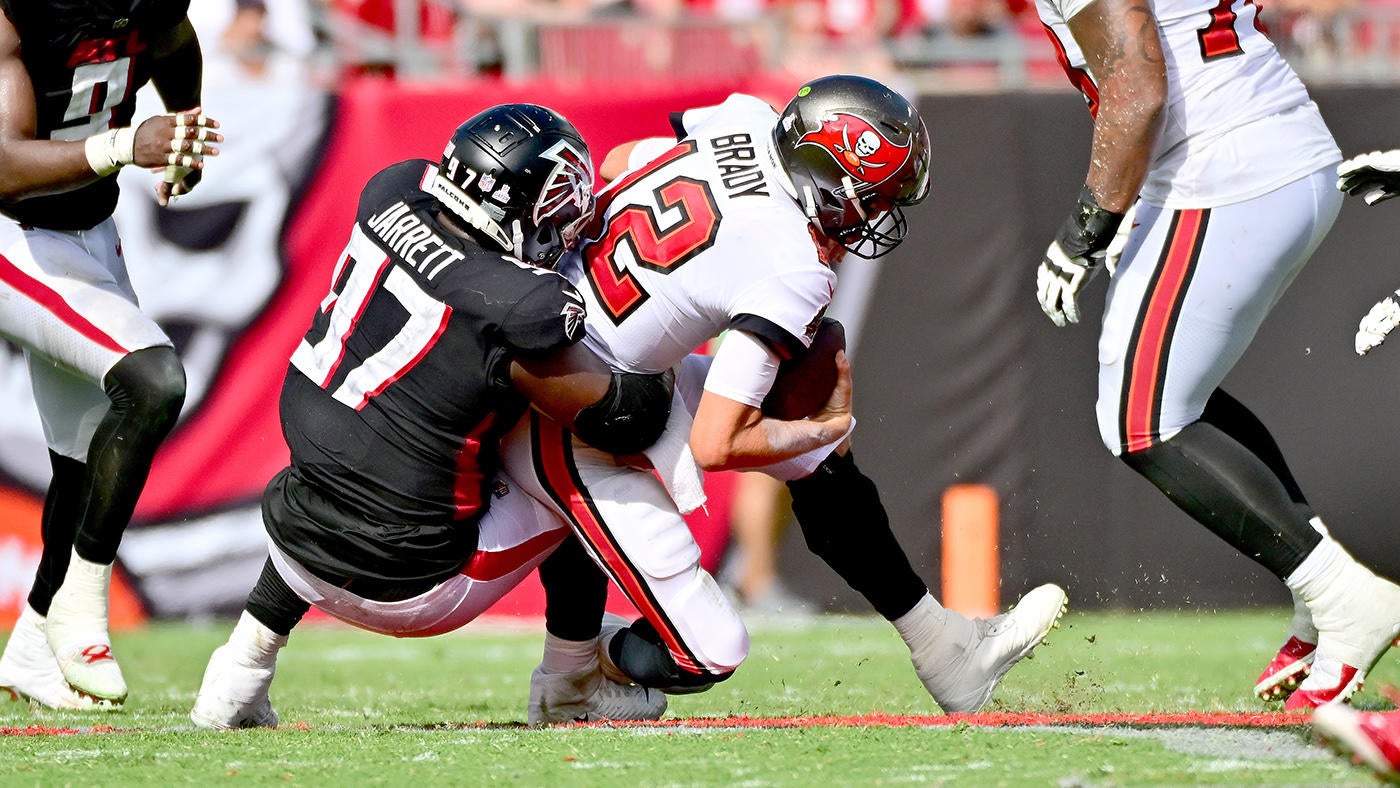 Week 5 of the NFL certainly had its share of shocking results. The New York Giants upset the Green Bay Packers in London to remain right in the thick of the NFC East race and the Houston Texans recorded their first win of the season against the Jacksonville Jaguars becoming the last team to win a game in the league this year.

With all the exciting games that ensued in Week 5, these are the best reactions from each contest — and whether these storylines are overreactions or reality.

The Giants are actually a good football team

The Giants are well-coached by Brian Daboll and the coaching staff he put together. Mike Kafka is an innovator and creative play caller and Wink Martindale has transformed that defense into a unit that makes key stops and is always in position to make plays.

New York beat Green Bay despite having three healthy receivers on the active roster, a poor offensive line outside of Andrew Thomas, and a banged-up Daniel Jones. They also were down their top two edge rushers at the beginning of the year and two of their top four cornerbacks.

Can’t fault the schedule. New York is 4-1 and will be a problem for many opponents throughout the year.

The Eagles should be concerned about their passing game

Sunday’s win over the Cardinals wasn’t ideal for Philadelphia, which played portions of the game without starting left guard Landon Dickerson and starting center Jason Kelce (both returned). The Eagles also didn’t have left tackle Jordan Mailata, playing the game with three backup offensive linemen at one point.

The Cardinals provided a blueprint to slow down the passing game, as the secondary hit the receivers hard on contact and were physical at the line to take away the deep pass. Arizona blitzed Jalen Hurts and forced him to get rid of the football as well. Philadelphia was still able to grind out yards with its powerful running game and ability to score rushing touchdowns in the red zone — with Hurts playing a huge role.

Sauce Gardner is the favorite for Defensive Rookie of the Year

Sauce Gardner is having a good year — and had a very good game Sunday to lead the Jets defense. He had a safety on Teddy Bridgewater that set the tone for the Jets while also having a interception and five tackles in the victory that got New York to over .500.

A difference-maker for the Jets, Gardner has a 49.8 passer rating allowed when targeted, only giving up one touchdown and one interception on 26 targets (46.2% completion rate). Is he the favorite for Defensive Rookie of the Year? Thanks to Seahawks cornerback Tariq Woolen (13.2 rating allowed in 24 targets with three interceptions), not yet.

Grady Jarrett’s sack on Brady would have given the Falcons the ball back in a 21-15 game. The Buccaneers were facing a third-and-5 at the Falcons’ 47-yard line when Jarrett delivered what appeared to be a clean sack on Brady. Instead, Jarrett got a roughing-the-passer penalty and the Falcons were forced to burn their last time out.

Tampa Bay got a first down three plays later and ran out the clock for the win. The Falcons didn’t get the opportunity to get the ball back to see if they could complete the comeback after trailing 21-0 in the third quarter.

Referee Jerome Boger’s explanation was as bad as his call. The Falcons deserved a shot to win the game.

Two interceptions by Trevor Lawrence ended up costing the Jaguars on a day they only scored six points against the Texans. One was an unnecessary throw inside the 10-yard line that resulted in a turnover in a 6-6 game, taking away at least three points off the board.

Lawrence has four interceptions and four fumbles this year, eight giveaways in five games. He’s come a long way and is still growing in Doug Pederson’s offense, but he’s not a good quarterback right now. The giveaways need to be eliminated, especially since they’re a huge reason Jacksonville has lost its last two games.

Taysom Hill is the best all-around player in the NFL

This is an interesting debate, considering Taysom Hill just had a game which he rushed for 112 yards and three touchdowns, threw for a touchdown, and had a fumble recovery on special teams. Hill can literally do it all on offense, the ultimate weapon for an offense with a backup quarterback in Andy Dalton and down Michael Thomas, Jarvis Landry and Chris Olave.

Hill leads the Saints in rushing yards (228) and rushing touchdowns (five) while averaging 10.9 yards per carry. He can be used on gadget plays to beat you with his arm and legs and can catch passes as a H-back/tight end. Hill also makes tackles on special teams.

The best all-around player in the NFL right now may be Saquon Barkley, Lamar Jackson, Josh Allen, Patrick Mahomes, or Jalen Hurts. Hill should certainly be in the conversation.

Brandon Staley is unnecessarily risky on fourth down

What Brandon Staley did on fourth down Sunday was ridiculous. Going for it on fourth-and-1 from his own 46 with 1:14 left wasn’t needed in a 30-28 game, especially since Los Angeles could have pinned Cleveland deep in its own territory with no timeouts and a minute to go. Instead, Staley dialed up a Justin Herbert pass to Mike Williams that was ruled incomplete — which upset the injured Keenan Allen from his couch.

A conversion would have sealed the win, but the Browns needed just 20-to-25 yards with time on their side to steal a victory at home. Staley gave them that opportunity, but Cade York missed a 54-yarder for the win.

The Chargers got lucky — and Staley can dial back on the aggressiveness. There’s a time and place in games for it.

This really is a fact. The Steelers aren’t a good team to begin with, they are now 0-8 in games T.J. Watt doesn’t play. The Bills torched a defense that has held its own without Watt, as Pittsburgh allowed 552 yards while racking up just three pressures, one quarterback hit, and no sacks in a blowout loss.

When Watt will return is anyone’s guess, but the Steelers defense can only do so much behind a rookie quarterback and a bad offensive line struggling to score points. The defense imploded against arguably the best team in the NFL.

The Titans are the best team in the AFC South

Tennessee might be the best team in this bad division. Maybe it’s Jacksonville, even though the Jaguars lost to Houston. Maybe it’s Indianapolis, who wins in the ugliest of ways behind poor quarterback play and an inept offensive line that should be better.

The Titans have not scored a point in the fourth quarter through five games, which has to change if Tennessee is going to win consistently. Tennessee has a lot of flaws, but also has Derrick Henry to carry the team.

Through five games, we really don’t know who the best team in the AFC South is. The Titans, however, do sit in first place.

The Vikings offense is back on track

What Minnesota did against a solid Chicago defense was worth monitoring. Kirk Cousins looked like his old self after completing a team-record 17 passes to start the game, finding Justin Jefferson underneath all day long as Minnesota scored touchdowns on its first three drives that went a total of 247 yards.

If Greg Joseph doesn’t miss two field goals, the Vikings get 35 points on a day the offense looked similar to what Kevin O’Connell envisioned. The Vikings were 12 of 15 on third down and 4-for-4 in the red zone. This offense is going to turn up similar performances like Sunday to compete with the best in the NFC.

Bailey Zappe got the crowd rocking at Gillette Stadium on Sunday after going 17 of 21 for 188 yards with one touchdown and one interception in the Patriots’ 29-0 shutout win. The Patriots didn’t punt until the fourth quarter and Zappe did a good job against zone coverage, delivering crisp throws while Rhamondre Stevenson carried the offense at running back.

Should Zappe start when Mac Jones is healthy? The Lions have the worst defense in the NFL and were losing defensive backs throughout the game (five total). Jones was a first-round pick that needs the same game plan Zappe got in his first start.

The game manager is what the Patriots have for winning games. Matt Patricia should use that to his advantage.

Justin Tucker is the most clutch kicker ever

Justin Tucker was automatic at the end of the game again, hitting a 43-yard field goal as time expired to give the Ravens a much-needed victory on “Sunday Night Football.” The Ravens kicker is 17-for-17 on field goals in the final minute of regulation or overtime and 5-for-5 in the postseason in that scenario.

Tucker is the most clutch kicker ever. Sorry Adam Vinatieri.

The Cowboys need to play Dak Prescott against the Eagles

If Dak Prescott can grip the football and throw it with velocity, he should start against Philadelphia in the NFC East showdown. Cooper Rush won the game against the Rams, but he wasn’t effective going 10 of 16 for 102 yards. Rush fumbled the ball twice and was sacked three times, looking every bit of a backup quarterback who was carried by a strong run game and a dominant defense.

The Cowboys need Prescott to beat Philadelphia. If he’s healthy, he should play.

Matt Rhule should be fired Monday

This week may be it for Matt Rhule, as the Panthers just don’t seem to have a pulse on offense. The Panthers went 3 of 15 on third down and scored just one offensive touchdown behind a struggling Baker Mayfield — who threw a pick six to Emmanuel Moseley that essentially put the game out of reach in the second quarter.

Carolina may be the worst team in the NFL, and Bank of America Stadium was taken over by 49ers fans throughout the afternoon. That can’t make owner David Tepper happy as he’s losing the pulse of his team. Rhule should get another few weeks to see if he can turn it around, but it may be time to cut the cord.