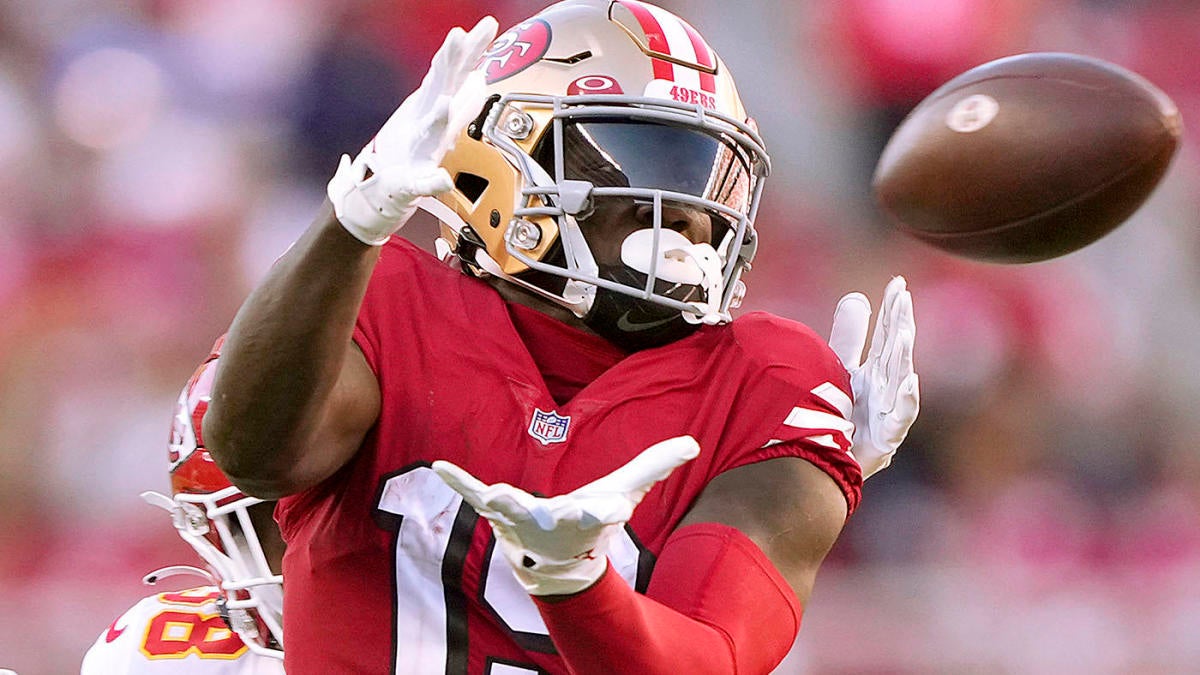 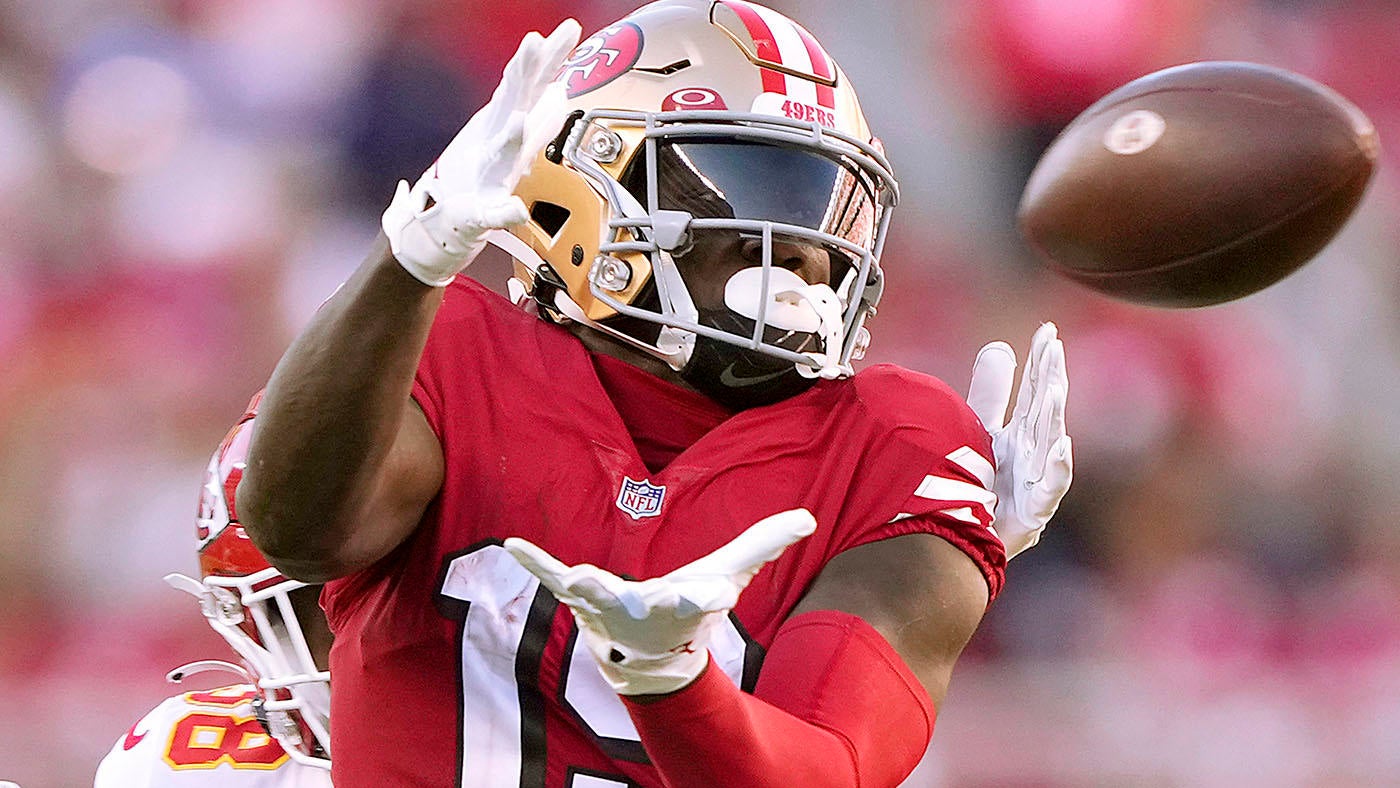 Week 8 in the NFL kicked off on Thursday with the Ravens taking down the Bucs in Tampa, and now we have a full Sunday slate of games that is jam-packed with key matchups. We have five divisional games on the docket, including a Panthers-Falcons matchup where the winner will surprisingly grab ahold of first place in the NFC South. Meanwhile, both the Eagles and Bills return from their Week 7 bye and are double-digit favorites in their contests.

Of course, with a new week of games comes a new collection of injuries that we need to follow. With teams finishing up the week of practice, they’ve released their final injury reports and rolled out game statuses for Week 8. Below, you’ll be able to find each of those reports and a breakdown of some of the biggest injuries.

Good news for the Broncos here as linebacker Josey Jewell (knee) was a full participant in Friday’s practice and is set to play for the first time since Week 5. Russell Wilson (hamstring) also will play and was not given an injury designation.

Campbell was newly signed, so it’s possible he wasn’t logistically able to get his affairs in order to make the international trip. Given that their absences for Week 8 were not injury-related, logistical issues could also be what is preventing Gillespie and Gotsis from playing as well.

The Dolphins didn’t give offensive tackle Terron Armstead (toe), running back Raheem Mostert (knee) and defensive tackle Christian Wilkins (hand) an injury designation — so they’ll play Sunday. Armstead has been questionable for every game since Week 2. Ogbah was a full participant in practice Friday.

The Lions did not give star running back D’Andre Swift an injury designation after practicing fully all week, so it would appear like he is in line to make his return to Detroit’s backfield on Sunday. St. Brown is still in concussion protocol but did practice fully, which is an encouraging sign for his possible return this week as well.

Boswell popped up on the injury report on Friday as a limited participant due to a groin injury, and has been ruled out. Pittsburgh will also be without Ogunjobi and Wallace after they were held out of practice all week. On a more positive note, T.J. Watt didn’t rule out a possible return this week as he currently still resides on IR and would need to be activated onto the active roster.

Coming off a bye week, the Eagles are healthy. Robert Quinn is expected to make his debut after being acquired from Chicago this week.

Bill Belichick typically doesn’t disclose the status of any players who are listed as questionable, as all of them were limited participants Friday. James Ferentz will replace Andrews at center. Mac Jones was not given an injury designation, but has some numbness in his left toes and foot.

No Breece Hall (ACL tear) and Alijah Vera-Tucker (triceps tear) for the Jets, while Davis will also miss Sunday’s game. Garrett Wilson will be the top pass catcher and Elijah Moore should see more time after sitting out last week.

The Saints will once again be without a number of key starters, including Thomas. Head coach Dennis Allen said Friday that there is no timetable for Thomas’ return. New Orleans will also be without Landry and Lattimore after they were both unable to practice this week.

Raiders head coach Josh McDaniels admitted there’s a bug going around the facility, but all the players questionable with an illness should be good to go for Sunday. Hunter Renfrow (hip) and Josh Jacobs (foot) were full participants in practice and not given an injury designation. Waller was limited in Friday’s practice, and the Raiders should have a clearer picture if he plays after Saturday’s walkthrough.

Hubbard was unable to practice all week due to his ankle injury, so it’s not surprising that he was ultimately ruled out for this pivotal matchup against Atlanta. With him sidelined, D’Onta Foreman and rookie Raheem Blackshear should see an uptick in work. Meanwhile, interim head coach Steve Wilks said Friday that Horn “looked good” in practice and anticipates him playing this week. At quarterback, Baker Mayfield was not listed on the injury report and will back up P.J. Walker.

Atlanta’s secondary will be without two main pieces in Terrell and Hawkins this weekend after they were unable to practice all week. There is some hope, however, Alford will be able to suit up after he was limited throughout the week. Running back Caleb Huntley — who popped up on the injury report on Thursday with an illness — carries no designation heading into this game.

The Cardinals ruled out Conner, even though he was limited for the third consecutive practice Friday. Williams, the No. 2 running back, will be a game-time decision, similar to kicker Matt Prater. If Prater is out, Rodrigo Blankenship will kick. Eno Benjamin will be the No. 1 back if Williams can’t play.

The Vikings are as healthy as can be heading into Sunday’s game.

Coming off a short week, the Bears are pretty healthy heading into Week 8. Borom is the lone player ruled out of their matchup with Dallas due to a concussion. With him sidelined, Riley Reiff or Alex Leatherwood could fill in along the offensive line. Fellow offensive lineman Lucas Patrick was placed on injured reserve in the middle of the week. The only other player listed on the injury report this week was defensive lineman Armon Watts, who missed Thursday’s session due to personal reasons, but was a full participant on Friday and carries no injury designation.

The Cowboys officially listed Elliott as doubtful for Sunday’s matchup against Chicago after not practicing at all throughout the week. If he is ruled out Tony Pollard would see the lion’s share of touches out of the backfield. Meanwhile, Parsons popped up on the injury report with a shoulder injury on Thursday, was limited on Friday and officially listed a questionable.

Malik Willis has gotten the majority of the work with the starting offense, especially with Tannehill being a nonparticipant in Friday’s practice. There’s a possibility Tannehill misses Sunday’s game. As for Simmons, he says he feels better than he did last Sunday when he injured the ankle. He hasn’t practiced all week.

For the Texans, Maliek Collins and Nico Collins aren’t expected to play after missing practice all week. Cooks was added to the injury report Friday, but is expected to play (was a full participant in Friday’s practice).

None of the players ruled out practiced at all this week, so their final designations aren’t too shocking. Charles did improve to a limited participant on Friday after missing both Wednesday and Thursday due to an illness. Thomas was limited throughout the week.

Indianapolis had already named Sam Ehlinger the starter for Week 8 despite Ryan’s shoulder injury, so the veteran being ruled out isn’t as earth-shattering as it may seem. The Colts will see the return of Shaquille Leonard after he had been sidelined since Week 4. Head coach Frank Reich noted Friday that Leonard will be on a pitch count.

The 49ers will take on their NFC West rival without a few key members, most notably Samuel who has been slowed by a hamstring injury throughout the week. Samuel didn’t practice all week, so he’s out for Sunday. Brandon Aiyuk will be the 49ers’ top target at wide receiver.

The good news for the Rams? Guard Brian Allen and wide reciever Van Jefferson are set to be activated from injured reserve this weekend and both will play Sunday — a major boost to the offense.

Everyone New York ruled out was unable to practice at all this week, including Bellinger who underwent eye surgery to repair a fractured eye socket he suffered against the Jaguars last Sunday. Tight ends Chris Myarick and Tanner Hudson could see additional work with Bellinger sidelined.

Lockett and Metcalf are both questionable and were limited participants in Friday’s practice, but Lockett had a rib injury added to the injury report after practice. Metcalf was upgraded to being a limited participant Friday. If neither can play, Marquise Goodwin is in line for an expanded role at wide receiver for the second straight week.

The Packers saw positive progression from Gary, who suffered a concussion against Washington last week. He practiced on a limited basis on Thursday before being upgraded to a full participant on Friday. Both Bakhtiari and Jenkins practiced in a limited fashion Friday. Aaron Rodgers (right thumb) did not have a designation to end the week.

Buffalo is pretty healthy entering this prime-time matchup with Green Bay, only listing two players on the final injury report. Most players listed throughout the week were also simply given rest days, including wideout Stefon Diggs, who was given the day off on Friday. On top of Brown and Jones, the Bills also ruled out cornerback Tre’Davious White for this game. The reason why White is not on the injury report is because he has yet to be activated off of IR.