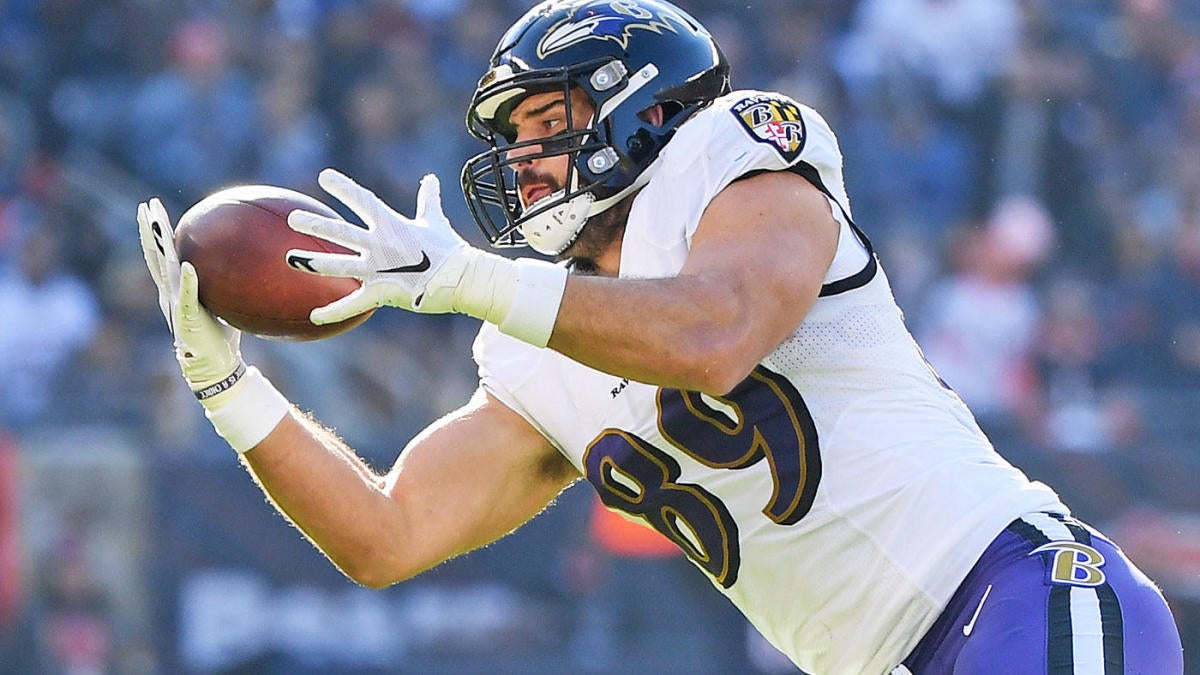 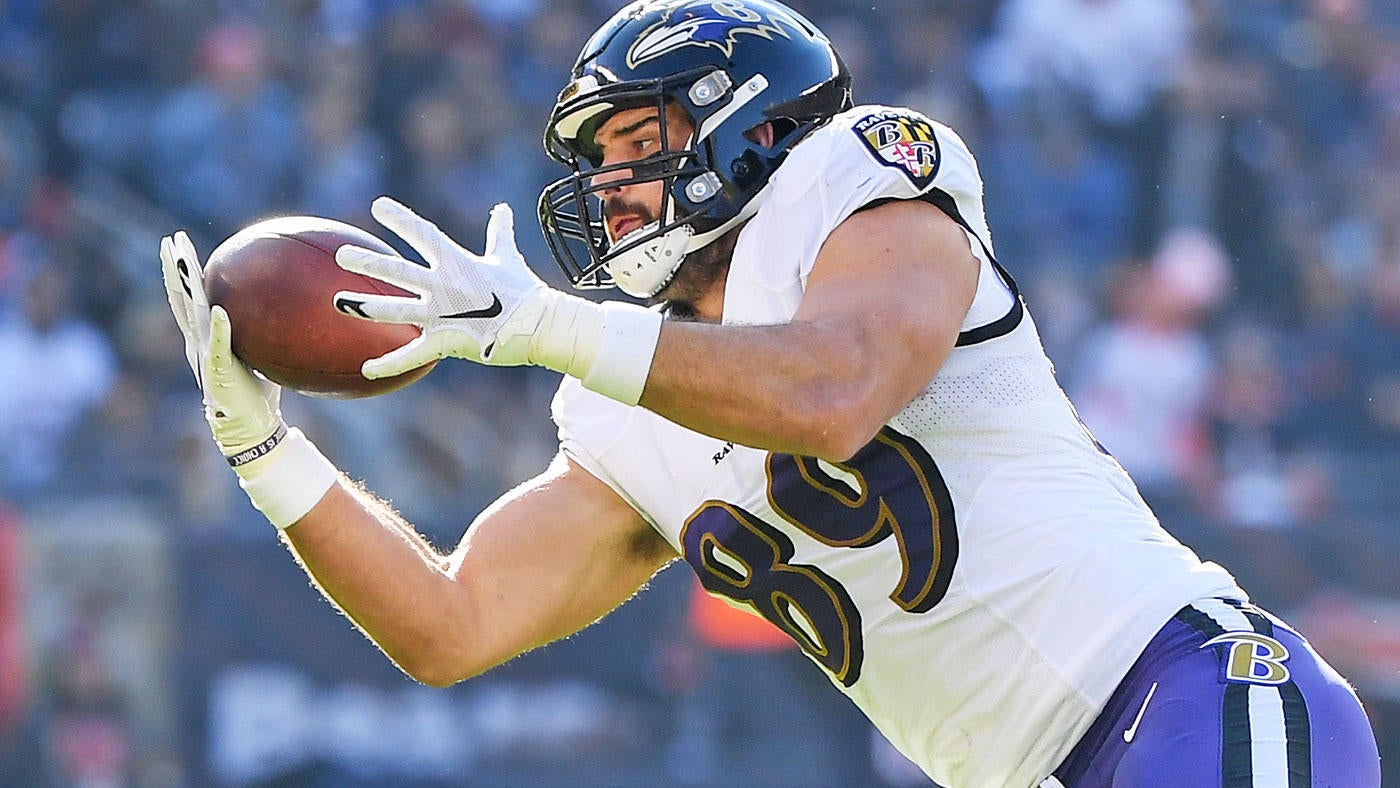 NFL storylines seem to change on a daily basis. Last week, the big story was Christian McCaffrey being traded from the Panthers to the 49ers in a move that kick-started what should be an interesting time in the NFL ahead of the trade deadline. The news shifted to Indianapolis this week after the Colts made the shocking decision to bench Matt Ryan after just seven games.

While the NFL news cycle is nonstop, injury news — for better or worse — seems to always remain at the forefront of the league’s main headlines. That is certainly the case in Week 8, as several high-profile players are dealing with injuries as the season reaches the midway point.

Below is a rundown of every NFL team’s main injury news midway through the regular season’s eighth week. Be sure to bookmark this story, as we’ll be providing updates throughout the day as teams continue to post their respective injury reports.

Campbell is the only player for Baltimore that was ruled out on Wednesday, as he’s sick. While the Ravens’ injury report looks a bit scary, Humphrey, Peters, Stanley, Stephens and Bateman were all full participants in practice on Wednesday. However, Andrews didn’t practice all week, which is pretty worrisome. He is Lamar Jackson’s top target.

The Buccaneers are going to be short-handed in the secondary this week, as Davis, Murphy-Bunting and Winfield were all ruled out on Wednesday. All three players did not practice at all this week. Hicks is questionable with his foot injury, and was a limited participant in practice all week. As for Julio, he returned to practice as a limited participant on Tuesday after missing Monday’s session, and could be in line to return to the lineup for the first time since Week 4.

Russell Wilson was limited on Wednesday after missing Sunday’s loss to the Jets. Head coach Nathaniel Hackett said that Wilson is trending towards playing while adding that the veteran quarterback did “quite a bit” of work during Wednesday’s practice. Linebacker Baron Browning (hip), nose tackle Mike Purcell (knee) and safety Caden Sterns (hip) did not practice on Wednesday, while linebacker Josey Jewell (knee) was limited.

Wide receiver Jamal Agnew was the only player on the Jaguars’ injury report. He was listed as limited with a knee injury.

Carolina is riding high after its upset victory over Tampa Bay, but there appears to be a bug going around in the locker room. Defensive end Marquis Haynes, right tackle Taylor Moton and defensive tackle Daviyon Nixon sat out of practice on Wednesday due to an illness. Running back Chuba Hubbard also was not in attendance due to an ankle injury. Cornerback Donte Jackson (ankle), linebacker Frankie Luvu (shoulder), wide receiver Laviska Shenault Jr. (hamstring) and cornerback Jaycee Horn (ribs) were among some of the limited participants.

For the Falcons, star cornerback A.J. Terrell (hamstring) and safety Jaylinn Hawkins (concussion) did not practice on Wednesday. Defensive back Dee Alford was limited with a hamstring injury.

The Bears had a short injury report on Wednesday, as offensive guard Lucas Patrick (toe) and tackle Larry Borom (concussion) sat out of practice.

Dolphins head coach Mike McDaniel announced Wednesday that starting safety Brandon Jones will miss the rest of the season with a left ACL injury. Jones, the Dolphins’ leading tackler through seven games, sustained the injury during Sunday night’s win over the Steelers. Left tackle Terron Armstead (toe) and cornerback Xavien Howard (groin) were the two big names that missed practice for Miami on Wednesday. There were several notable players that were limited, however, such as star wideout Jaylen Waddle (shoulder) and defensive end Christian Wilkins (hand). McDaniels is optimistic defensive backs Keion Crossen and Kader Kohou will be available against the Lions after both players missed Miami’s last game.

On the Lions’ side, coach Dan Campbell said that there is still hope that rookie wideout Jameson Williams will play this season. Campbell added that it would at least another month before Williams would be ready to return as he continues to work his way back from an ACL injury. Safety DeShon Elliott (finger) tight end T.J. Hockenson (knee), offensive guard Jonah Jackson (neck) and wide receiver Josh Reynolds (knee) did not practice on Wednesday, while offensive tackle Taylor Decker (neck), center Frank Ragnow (foot) wide receiver Amon-Ra St. Brown (concussion) were limited.

The Vikings had just one player on their injury report: wide receiver Jalen Nailor, who was a full participant with a hamstring injury.

Former Pro Bowl tight end Darren Waller (hamstring) returned to practice on Wednesday as a limited participant. Waller has not played since Week 5 after sustaining the injury during the Raiders’ one-point loss to the Chiefs. Waller missed practiced throughout the week leading up to last Sunday’s win over the Texans. An illness may be going around the locker room in Vegas, as safety Johnathan Abram, wide receiver Davante Adams, defensive end Tashawn Bower and defensive end Clelin Ferrell did not practice on Wednesday due to sickness. Quarterback Derek Carr (back), linebacker Jayon Brown (hamstring), wide receiver Mack Hollins (heel), running back Josh Jacobs (foot) and wide receiver Hunter Renfrow (hip) were limited participants.

The 5-2 Jets were without wideout Corey Davis (knee) and defensive end John Franklin-Myers (illness) on Wednesday. Coach Robert Saleh announced Wednesday that rookie defensive end Jermaine Johnson (ankle) would be limited during the team’s first practice of the week but has a chance to face New England on Sunday. Johnson has missed the Jets’ last two games.

Eagles coach Nick Sirianni announced that starting right tackle Lane Johnson remains in the league’s concussion protocol. How much Johnson progresses this week will determine whether or not he will face the Steelers on Sunday.

Rookie receiver Jahan Dotson (hamstring) and cornerback William Jackson III (back) were among Washington’s players who did not practice on Wednesday. Jackson, a former first-round pick, has been the center of trade rumors ahead of the league’s November 1 deadline.

Offensive lineman Nick Gates (leg) was added to the active roster as he continues his remarkable recovery after fracturing his fibula and tibia last September.

Aaron Rodgers missed practice on Wednesday, as the two-time reigning league MVP is dealing with a thumb injury. This marks the third straight Wednesday Rodgers has missed as he continues to manage the injury.

Bills cornerback Tre’Davious White will not make his season debut this week, according to coach Sean McDermott. White, who has been recovering from ACL injury sustained during the 2021 season, has been practicing with the team since he was designated to return from the physically unable to perform list on October 12. White has to be activated prior to the Bills’ November 6 matchup against the Jets or he will be forced to miss the remainder of the season.