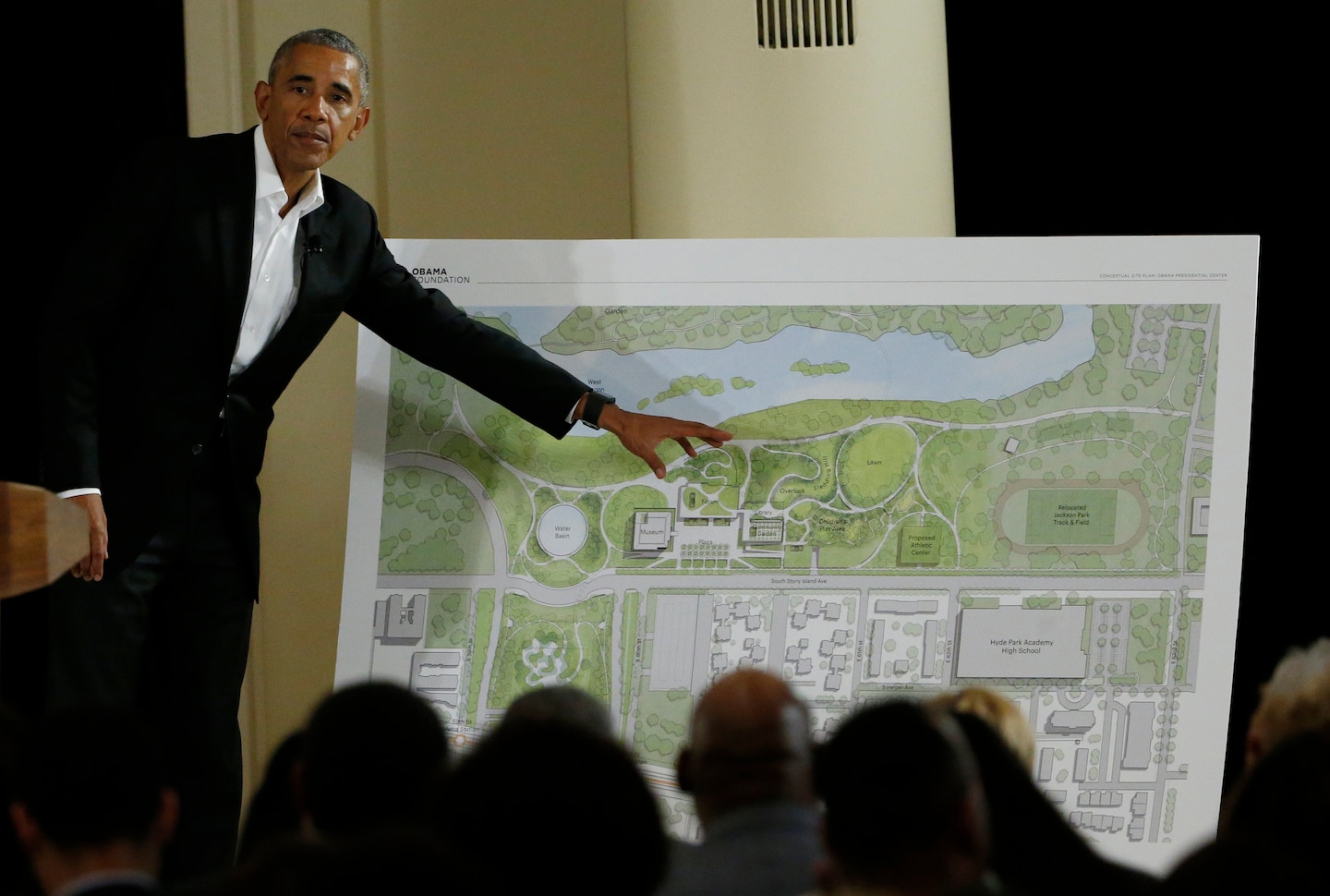 The group building the Obama Presidential Center temporarily ceased construction Thursday after a noose was found on the site in Chicago.

Lakeside Alliance, a partnership of at least five Black-owned construction firms, said in an email that it was informed of the noose earlier that morning and reported it to the police. The group has suspended operations to provide more anti-bias training to workers and is offering a $100,000 reward aimed at finding the “individual or individuals responsible for this shameful act,” it said.

“We have zero tolerance for any form of bias or hate on our worksite,” the group said in an email. It added, “We are horrified that this would occur on our site.”

The Chicago Police Department is investigating the incident, spokesperson Sgt. Rocco Alioto said in an email. Representatives for former president Barack Obama could not immediately be reached late Thursday.

Illinois Gov. J.B. Pritzker (D) condemned the incident, saying that “hate has no place” in the state.

“The noose is more than a symbol of racism, it is a heart-stopping reminder of the violence and terror inflicted on Black Americans for centuries,” he wrote on Twitter.

The space in the south side of Chicago will include a plaza, museum, library, playground and garden. The center will cost $830 million to construct, the Associated Press reported. The group first broke ground on the center in September 2021 and it is expected to be completed in 2025.

The project will be built in Jackson Park, a public space named after the former president Andrew Jackson, who was an enslaver. Ownership will ultimately transfer to the city.