Norman Lear on the power of laughter to unite Americans 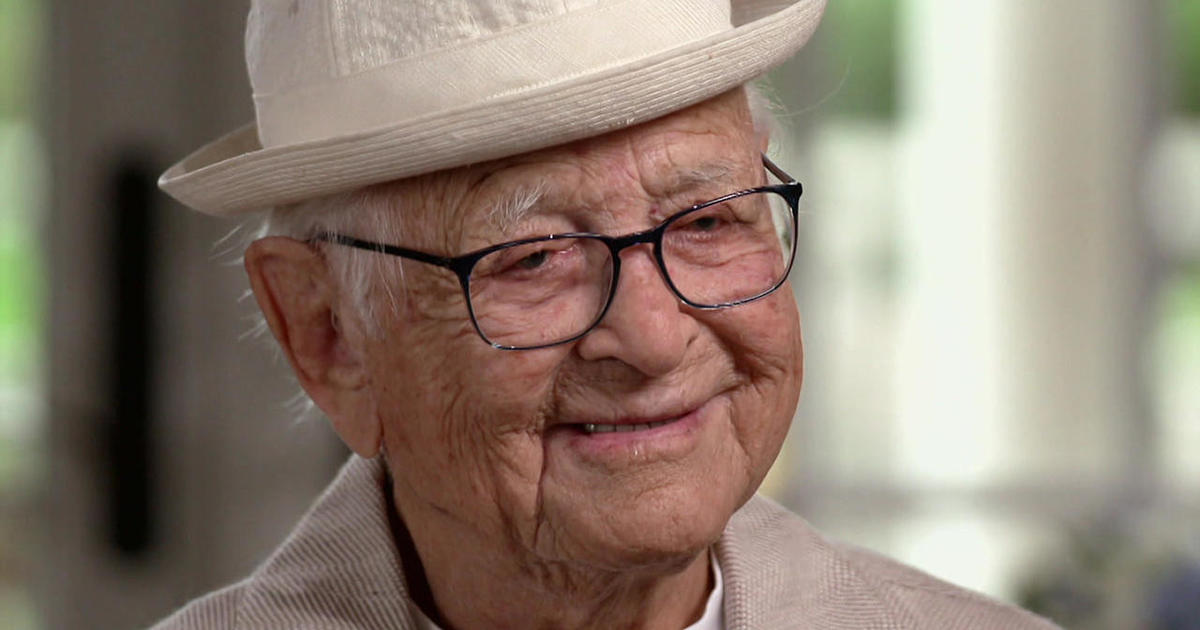 The TV special “I Love Liberty,” a rootin’, tootin’, flag-waving celebration of America, was produced in 1982, less than ten years after the end of the Viet Nam War – a war that nearly tore this country apart.

“‘I Love Liberty,’ it is as blissful a memory as I have,” said its producer Norman Lear, arguably the most successful producer of situation comedies in television. Lear has always been committed to the promotion of free speech. Indeed, his political action group, People for the American Way, produced the special. Somehow Lear even found a way to have the late John Wayne (who supported the war) and Jane Fonda (who very publicly opposed it) to kinda, sorta make nice on nationwide TV.

Wayne: “I think that she’s a little mixed up in her thinking, and I guess she feels the same way about me. That’s our right as Americans.”
Fonda: “I’m glad to live in a country where people are free to disagree, even if it’s me some of them disagree with.”

A little lukewarm, but as symbols of national reconciliation go, not bad!

“Oh, I am determined to find out!” he laughed.

Lear, you probably heard, turned 100 a couple of months back. And when he talks about producing television specials now, at his age, he is not kidding. He has half a dozen projects in the works. “We will be making 10 episodes of one of the shows,” he said.

In his heyday, let’s say 40 or 50 years ago, situation comedies, the big ones, drew tens of millions of viewers. Lear produced a bunch of those.

One he is thinking of re-doing is “Maude.” Lear is considering re-casting and re-producing one of the most controversial sitcom episodes of all time, broadcast 50 years ago, in which a 47-year-old woman learns she is pregnant, and fears that she and her husband may be too old to have another child – and is considering an abortion.

Koppel said, “You’re gonna piss a lotta people off, Norman. You know that.”

“Oh, wouldn’t it be interesting? I wouldn’t change a word. The last moment of that show is something I remember as clearly as anything I ever had anything to do with.”

When that aired, Koppel said, “CBS got thousands of letters. What do you think will happen this time around?”

“They’d get tens of thousands!” he laughed.

And then, of course, there was “All in the Family.” What made Archie Bunker so relatable was the likelihood that somewhere – at work, at the hairdresser, around the Thanksgiving table – every family had or knew someone like an Archie that made us cringe, even as we stifled a laugh.

Koppel said, “You always managed to make us laugh, Norman, about the most dangerous things – racism, hatred, bigotry. Can you make us laugh today?”

Lear said, “If I were doing it today, I would have a 13-year-old daughter who represents everything I care about, and is a pain in the ass talking about it in her brilliance and feelings about America. She would, just at 13, know a lot about the foolishness of the human condition, and recognize problems that her parents are living with that even they are not facing.”

“I have all the faith in the world in your creativity, but you’re putting a lot on those slender shoulders. That 13-year-old’s got a lot to carry.”

“She isn’t gonna get us out of this mess, but she’s gonna help.”

Lear said, “You say we have to be more sensitive today?”

“And I’m not sure I agree with that.”

“Every office now has a department of someone who is there to make sure that others in the department don’t go around offending one another. We didn’t have that 50 years ago. Is that a good thing?”

“Oh my God, my sense is there’s something wrong, that we’re living in a culture where that has to exist,” said Lear, “that there is a role for a person to make sure that other people are being decent humans. It says something about the culture we live in.”

“I’m getting the impression that what you’re saying is we shouldn’t need a department to make us be nice to one another?”

“But your vehicle for getting us there has always been the ability to make us laugh at ourselves.”

“The foolishness of the human condition.”

“You’re still gonna do that?”