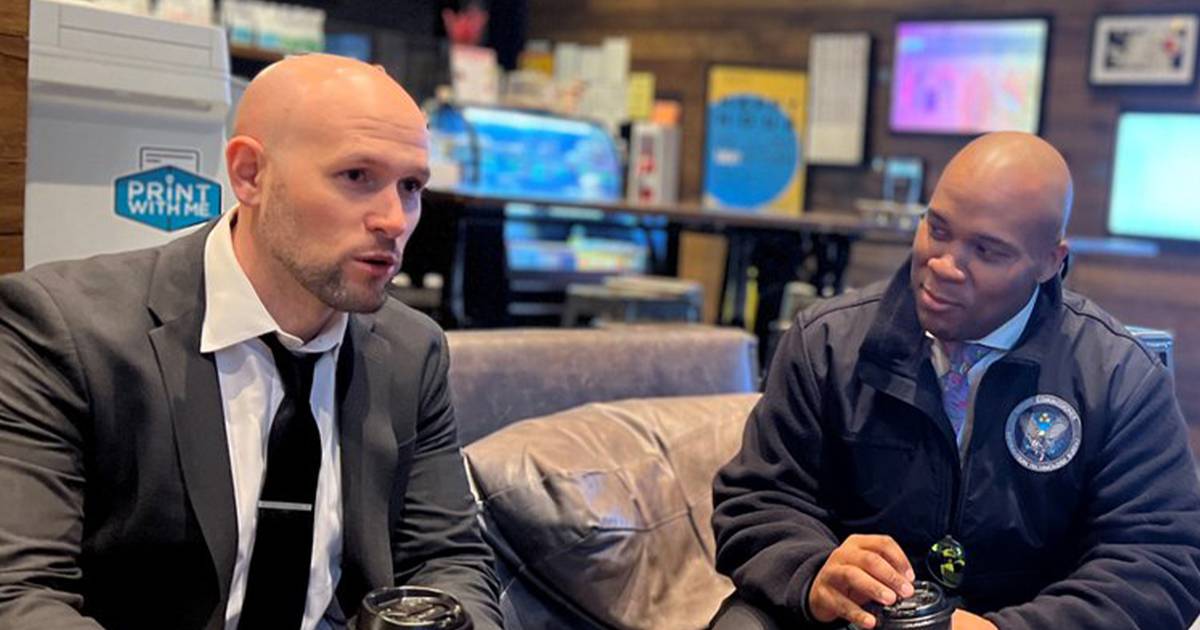 Mayor Adams’ chief tech honcho is being squired around town by an NYPD security detail — prompting political and law enforcement observers to question why he needs one and why taxpayers are footing the bill for it.

Chief Technology Officer Matt Fraser is protected by at least two NYPD detectives — Steve Gordon and Victor Robalino, according to three sources familiar with the situation who spoke to the Daily News under the condition of anonymity.

One of the sources who confirmed the existence of Fraser’s detail and spoke anonymously out of fear of retribution pointed out that there’s no precedent for someone in his post to be provided with a protective unit.

“He is the civilian head of technology for the city,” the source said. “He doesn’t do law enforcement for the city.”

The source noted that very few city officials are provided with an NYPD security detail aside from the mayor.

While a spokeswoman for Mayor Adams didn’t dispute that the two detectives work under Fraser, she denied that they constitute a police detail.

“While CTO Fraser has an expanded and unparalleled portfolio as head of OTI, he does not have a security detail,” said Adams’ spokeswoman Kayla Mamelak. “Those who work for him serve multiple roles, including providing CTO Fraser with important real-time insights and context on issues at the nexus of technology and public safety.”

Adams himself also denied that Fraser has a detail, saying at an unrelated press conference that “no police is around him all day trying to protect him.”

“No one is going after my chief technology officer, he doesn’t have a police detail,” he said, after audibly sighing. “Matt is looking at how do we use the technology to address public safety in this city. Having knowledgeable police officers participating in this role is so helpful.”

Still, two other sources confirmed the existence of the detail, which drew criticism from long-time political observers.

John Kaehny, who heads the government watchdog Reinvent Albany, described the decision to give Fraser a detail as “bad management,” given Adams’ calls in the first months of his tenure to remove cops from desk duty in order to increase the NYPD’s presence on the streets.

“It would be much better to have retired police detectives do it,” Kaehny said of Fraser’s protective unit.

Before being appointed by Adams as the city’s CTO, Fraser worked as deputy commissioner of the NYPD’s Information Technology Bureau and as a project manager for the city Department of Buildings.

The revelation that he has a security detail comes after the Daily News reported two weeks ago that Phil Banks, Adams’ deputy mayor for public safety, has a detail of his own. Adams also addressed that on Monday after making the verbal miscue of at first referring to Banks as “chief.”

“I said this about Chief Banks, Deputy Mayor Banks, they don’t have police details. We are using police officers with their knowledge to assist us in the overall scheme because that’s how I run the city,” he said. “The team is going to work together.”

Asked if any others in the administration have police details, Adams offered a vague response.

Under former Mayor Bill de Blasio, who took his share of criticism about his use of his own NYPD executive protection unit, the only other non-elected city officials to get full-time details were the NYPD commissioner and Correction Department commissioner. The Council speaker, public advocate and comptroller — all of whom are elected — have traditionally had details as well.

A third source described Fraser as a police “buff” who has a new electric Ford Mustang outfitted with the “police package,” meaning it has police lights and is faster and more powerful than a Mustang normally sold at a car dealership.

The source noted that Gordon and Robalino are officially assigned to the NYPD’s Information Technology Bureau.

“It seems like a stretch that he would need a detail,” said that source. “What’s the basis — that he has to respond to late-night emergencies? Doubtful.”

Robalino, a 2nd-grade detective, earns about $151,880 annually. Gordon, a detective specialist, makes $126,469, records show. The two are still officially assigned to the NYPD Information Technology Bureau, according to the source

A fourth source, a former member of one of the city’s security details, questioned why Fraser would get a detail when his predecessor, Jessica Tisch, who served under de Blasio as head of the Department of Information Technology and Telecommunications, did not. Under Mayor Adams, DoITT was combined with several other city tech offices to form the Office of Technology & Innovation, which Fraser now helms.

Anne Roest and Samir Saini, who both served as DoITT commissioners prior to Tisch, also did not have police details.

Mamelak said Fraser’s role as CTO is “not comparable to previous positions of leaders in citywide technology operations” and added that the Daily News’ reporting on his NYPD security amounted to a “hit job.”

When told about City Hall’s denial, one of the sources who confirmed its existence to The News, described Team Adams’ response as splitting hairs and as a “bold-faced lie.”