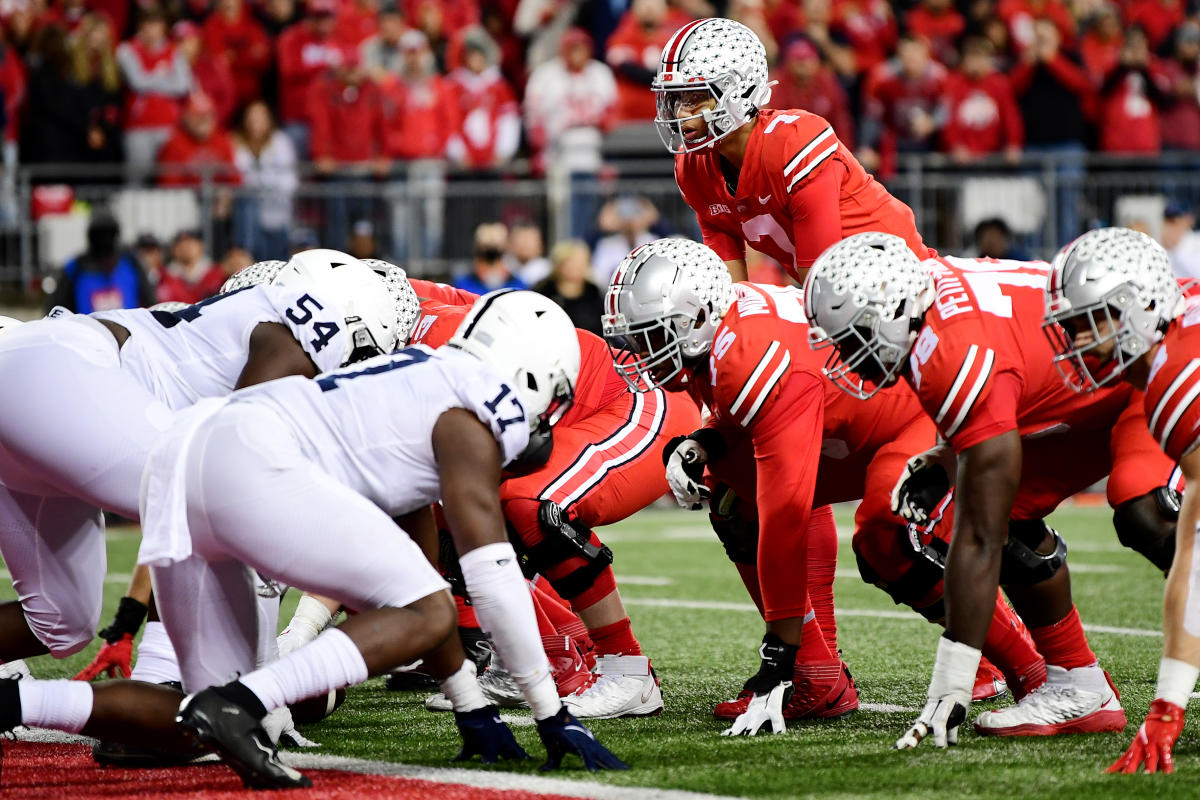 As we get deeper into the season, a lot of conference title races are heating up, especially in the Big 12 and Pac-12. And with the first College Football Playoff rankings on tap for next week, there are plenty of games with upset potential in Week 9 that can have a major effect on the CFP selection committee’s first Top 25.

It looks like Ohio State and Michigan are once again on a collision course in the Big Ten East, but Penn State is hoping to shake things up. PSU (6-1 overall, 3-1 Big Ten) has played OSU pretty competitively, but has not won a game in the series since its run to the Big Ten title in 2016. In the five meetings since, OSU has won by an average margin of seven points. This game will be the toughest test yet for the 7-0 Buckeyes, who have blown out nearly every opponent thanks to a high-powered offense led by Hesiman Trophy favorite, quarterback C.J Stroud.

With a massive visit from No. 3 Tennessee looming on Nov. 5, Georgia first needs to take care of business against an inconsistent Florida team in one of the SEC’s top rivalries. Like Georgia, Florida is also coming off a bye. The Gators (4-3, 1-3 SEC) are in their first season under head coach Billy Napier and there have been ups and downs to get to this point. Will QB Anthony Richardson and the Gators regroup and put the top-ranked Bulldogs on upset watch in Jacksonville?

Oklahoma State and Kansas State each have one loss in Big 12 play, which makes this a huge game in the battle for a spot in the conference title game. Injuries will play a key role, with Kansas State starting QB Adrian Martinez and backup Will Howard both banged up last week, along with several key K-State defenders and multiple Oklahoma State offensive linemen. Who will be able to gut it out in this crucial matchup?

Cincinnati is unbeaten in conference play with UCF (2-1) within striking distance, making Saturday’s clash huge in the league title race. Cincinnati is 6-1 but has not been playing anywhere near the same level as last year when it made the College Football Playoff. UCF, meanwhile, is coming off an ugly 34-13 loss to East Carolina. Can UCF bounce back?

The emergence of Tennessee has been one of the biggest stories of the season. The Vols are 7-0 with impressive wins over Alabama and LSU on their résumé already. They’ll face two more ranked teams in the coming weeks, including this week’s contest against a feisty Kentucky team coming off a bye. Kentucky quarterback Will Levis is back from injury and the offense looks much better as a result. But can UK do enough to keep up with Tennessee, which ranks No. 1 in the country in total offense?