“Omar,” an opera illuminating a Muslim slave’s life in America 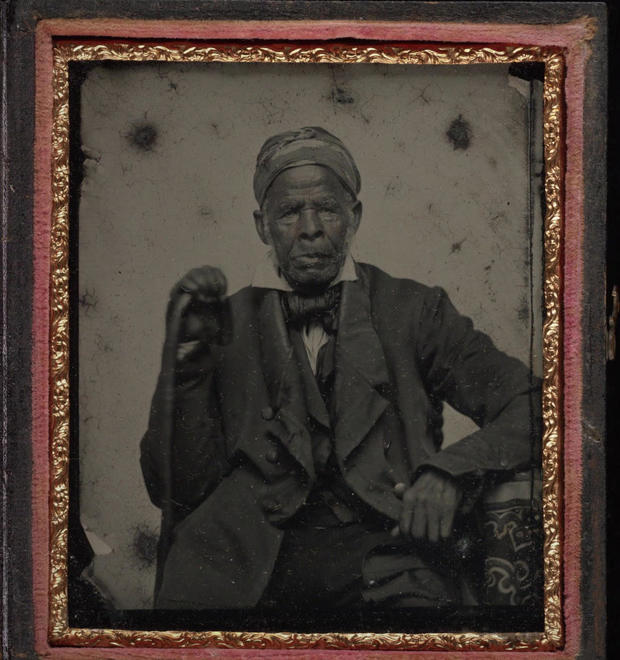 Eerie – just as the curtain was about to rise on the opera based on his story, an image of Omar Ibn Said, dead more than 150 years, appeared to blink, as if he had come back to life.

And that was the point, why the Spoleto Festival USA in Charleston, S.C., commissioned “Omar,” which had its world premiere Memorial Day weekend, to let this real man speak for himself. Grammy-winner and MacArthur “genius grant” recipient, singer-songwriter Rhiannon Giddens was asked to write the opera, inspired by the writings that Said left behind that were written in enslavement.

Said, a Muslim scholar kidnapped from his home in Africa and sold into slavery, left behind an autobiography, in Arabic, a remarkable document, the only one of its kind known to exist.

“It’s as close to I could get of putting a voice from, you know, the time of slavery,” said Giddens.

Correspondent Martha Teichner asked, “What did you know about Omar?”

“I never heard of Omar,” she replied. “I was like, who? This is like yet another example of how our history is not being told to us.”

She brought in composer Michael Abels, who similarly knew nothing of Said. “Suddenly, ‘you’re] looking at a whole story and part of American history in a different way than I had known before.”

Meaning that Omar Ibn Said was far from unique. As many as 20-30% of the enslaved Africans brought to the United States were Muslim. Said is a stand-in for tens of thousands of people largely forgotten by history.

lanisa Kitchiner, who heads the African and Middle Eastern Division of the Library of Congress, showed Teichner the original autobiography written by Omar Ibn Said, in his hand, which the Library acquired in 2019. It’s hard not to say wow.

He starts out with a Muslim prayer: “In the name of the merciful …”

He writes that he was from Futa Toro, in northern Senegal, that he spent 25 years studying Islam.  “A big army came,” he goes on, and “took me.”  After a month-and-a-half at sea, he arrived in Charleston, S.C., most likely at Gadsden’s Wharf.

It was 1807, a critical year in the history of American slavery, when an act was passed prohibiting the importation of slaves. Kitchiner said, “Scholars argue that Omar Ibn Said was perhaps on one of the last legal ships leaving West Africa, coming into the United States with a cargo of African individuals.”

He escaped a cruel owner, then walked more than 200 miles to Fayetteville, N.C., where he was caught and thrown in jail. What he did next astonished all who saw. So the story goes, he found a bit of charcoal and began writing verses from the Qin arabic on the walls of his cell.

Christopher Myers, the production designer for “Omar” the opera, used Said’s words in his own handwriting on the stage’s drapes. “This dramatic moment that he is writing is still the central moment of the entire piece,” he told Teichner.

Why? “Because it was illegal at the time, because it was a remarkable thing for a Black man to be writing, to be speaking his culture, to kind of reveal the breadth and width of his humanity.”

James Owen, a prominent planter and politician, and a devout Christian, is intrigued. He buys Omar, gives him special treatment, introduces him to Christianity. Omar may or may not have converted. Willingly, or not, he was enslaved, and everything that’s known about his life, his conversion, even what’s in his autobiography, has to be seen through that lens.

Composer Michael Abels said, “I felt like I was reading a document by someone who was watching his words.”

“What do you mean?” Teichner asked.

“I didn’t feel his heart. It felt like he was hiding himself.”

But without these pages, without being able to stare into his eyes, there would be no opera attempting to fill in the blanks.

“Omar” will travel next to Los Angeles, and multiple other cities after that.

Omar Ibn Said was thought to be 93 when he died in 1864, after the Emancipation Proclamation, and before the end of the Civil War. He was never freed.

Teichner asked, “Why is Omar’s story important to tell people?”

Abels replied, “Because of everything we’ve been talking about: recovering our history and telling the full history of the United States in a way that includes what a multicultural country we’ve always been.”

Rhiannon Giddens said, “I don’t think I can say it better than Julie (an enslaved woman) does in the opera:

Tell your story, Omar.
You must or they will never know,
and you will fade into dust.

“That’s it. We need to know their stories, and then we know more about who we are now.”