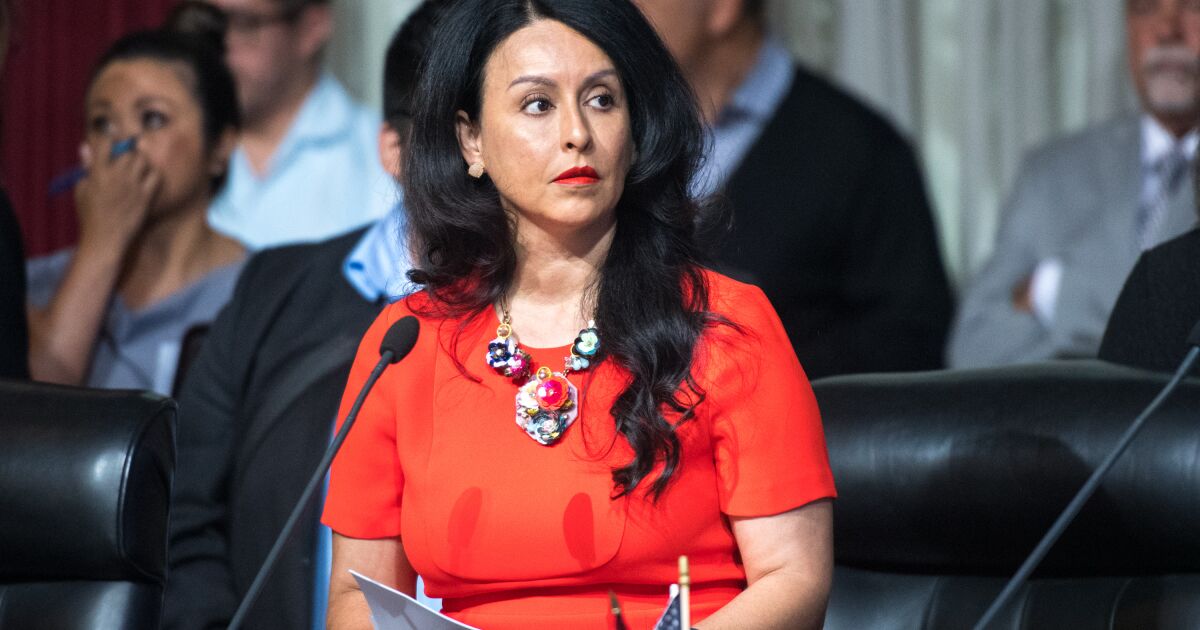 The diversity of Los Angeles is often cited as one of its strengths. With a city and county population composed of people from throughout the world, we boast a dynamism that is unique, vibrant and attractive. And it is L.A.’s often-professed commitment to building bridges across differences — hard-earned solidarity in the wake of civil unrest in which racism tore us apart — that is celebrated as a distinctive feature of our politics.

The leaked racist remarks by some of the city’s most prominent Latino leaders — City Councilmembers Kevin de León, Gil Cedillo and Nury Martinez, who has resigned as council president, and L.A. County Federation of Labor leader Ron Herrera, who’s also stepped down — have set us back on that community-building journey. And it wasn’t just a matter of tone or a few poorly chosen words on the part of these four: They allowed their frustration that Latinos don’t wield more power in the city to feed into a presumption that enhancing Latino voices requires diminishing Black representation.

Rather than merely castigate them for their bigotry, it is important to unpack what happened. The resentments expressed were in the context of the harsh, zero-sum politics of redistricting, but what these leaders failed to grasp as they strategized about shifting districts to benefit Latinos is not just the power of coming together across interest groups and identity groups, but also the fact that Latinos cannot be regarded as a monolithic block.

Many people captured by the label “Latino” don’t think of themselves that way. They identify by nationality (Salvadorans, Guatemalans, etc.), by sexuality, by socioeconomic status, by religious values and by other designations — Hispanic, Indigenous, Afro-Latino.

Indeed, the growing number of Latino Trump voters should be the greatest reminder of the cohort’s diversity — Latinos willing to vote for the most virulently anti-Latino, anti-immigrant president in U.S. history. Part of what tempts their support may be Trump’s anti-Black and anti-Indigeneity dog whistling, which was echoed in the furtive conversation among L.A.’s leaders that took place a year ago.

For Latinos to reach their political potential, their leaders must bridge these divides, not stoke them. They should counter racism and colorism among Latinos as well as bigotry directed at Latinos and others. That’s a matter of morality, but it is also pragmatic politics — coalitions among people of color have proved and will prove crucial to building Latino political power.

Rather than blaming the Black vote for Latinos’ lesser clout, Latino elected officials would be wise to reject petty identity politics and instead offer solid policy proposals that directly address the basic interests of their core constituency, which are also the interests of most Angelenos.

Strategies for increasing access to affordable housing should be at the top of the list. So too should be access to better schools, parks, grocery stores, healthcare and transportation. Too many workers have long commutes that deprive them of the ability to be more involved with their children. Too many have incomes that barely cover their monthly bills. And far too many Angelenos are affected by homelessness — because they are without a home, or because they empathize with or worry about the people living on our streets.

The way to get to common ground is through trust, based in part on others knowing that a Latinos-only discussion about enhancing brown political power will not devolve into an insult lollapalooza that manages to disparage Black residents, Indigenous Latinos, gay parents, hard-pressed renters, struggling nonprofits and more.

In a city in which the Black population finds its historical spaces challenged by gentrification and displacement, and in which economic opportunities always seem to go elsewhere, politicians are not doing their jobs when they exchange racist views they should know better than to hold, let alone express.

Government will not succeed if what our officials are saying behind closed doors is a far cry from what they say in public.

We expect our elected officials to be problem solvers, not problem creators. Unfortunately, the reason many working-class voters don’t vote is because they don’t believe the help they need will come from either party or from the individuals who put themselves forward as leaders.

The work of the City Council is to tie together our diverse constituencies, not drive them apart. It is clear that L.A. needs and deserves a better crop of leaders than it has now. Perhaps the leaked comments will spur a new generation of politicians to put themselves forward to lead Los Angeles in a direction that will benefit us all.

Pedro Noguera is dean of the Rossier School of Education at USC. Manuel Pastor is director of the Equity Research Institute at USC.