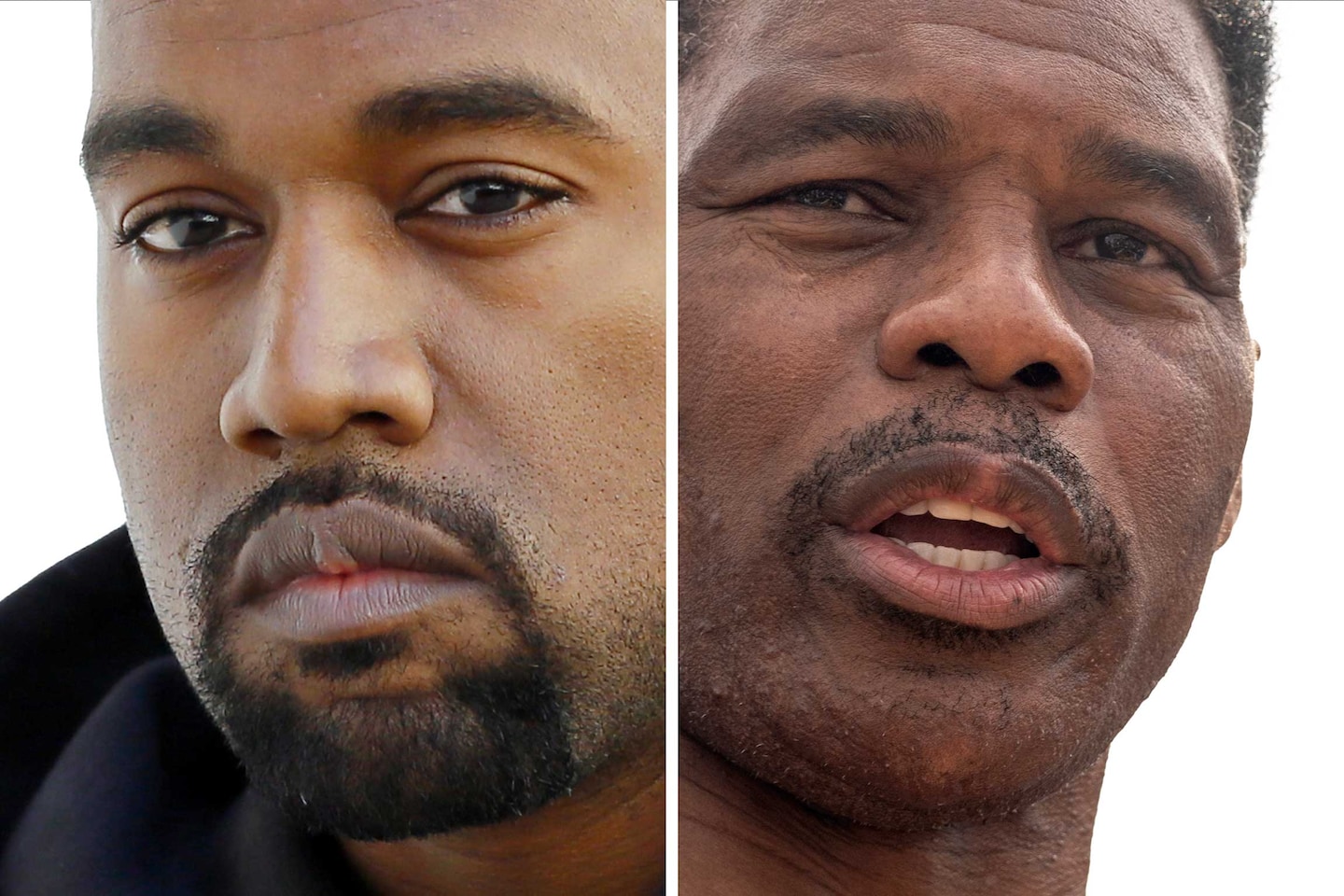 This week, the dusty behavior of two of them in particular provide a sad look into the way that toxic masculinity gets rewarded in this country.

I first started paying attention to West because of his 2004 album “College Dropout.” That was back when Kanye was one of the “conscious rappers” who made it into the mainstream. One of his hit songs, “All Falls Down,” took aim at the dangers of consumerism for Black people, along with the perils of aiming for Whiteness.

I loved everything about that album, and that song in particular. Looking back, however, West seems to have been foretelling his own tragic fall from what he once was.

West has now reached the pinnacle of access to the White fashion world, something he begged for publicly, and pathetically. Now, he has “made it,” and so what does he go and do? During a surprise fashion show for his line “Yeezy,” West and conservative Black provocateur Candace Owens wore shirts that said “White Lives Matter.” Some of the models also walked the runway in “White Lives Matter” shirts. West then proceeded to post “Black Lives Matter was a scam” on his Instagram, causing an online furor.

Owens and West have this in common: They are Black public figures in the business of providing a lot of shock but little substantive value.

The stunts have been increasing in West’s case, from his posing with President Donald Trump in a Make America Great Again hat to his pronouncing that “slavery was a choice.” He has cyberharassed ex-wife Kim Kardashian, and aimed violent and menacing messages at Kardashian’s ex Pete Davidson. When a Black female editor at Vogue criticized his “White Lives Matter” shirt as “violence” on Instagram, West fired back blasting her fashion choices on Instagram. The magazine issued a statement in her defense.

On to Exhibit B: Herschel Walker.

The former NFL star is now running as a Republican for U.S. Senate in Georgia. It’s well-documented that the man says painfully dumb things that *should be* politically disqualifying. On climate change, he has observed that Georgia’s “good air” could float over and replace “China’s bad air,” which would need to be cleaned up before the air got back to Georgia. He has questioned evolution, asking “Why are there still apes? Think about it?”

But there are far more serious issues with his candidacy. His ex-wife has said he abused her, including holding a gun to her head; Walker says that he suffered from dissociative identity disorder at the time and does not recall making any threats. This week, the Daily Beast reported — and it literally has receipts — that in 2009 he paid for an abortion for a former girlfriend. Walker has denied the allegation “in the strongest possible terms” and called the story a “repugnant hatchet job.”

His son, conservative social media influencer Christian Walker, also had something to say about the story:

I know my mom and I would really appreciate if my father Herschel Walker stopped lying and making a mockery of us.

You’re not a “family man” when you left us to bang a bunch of women, threatened to kill us, and had us move over 6 times in 6 months running from your violence.

Are any of these scandals enough to be disqualifying? Alas, no. Quite the opposite: Walker’s campaign says it has raised more than $500,000 since the abortion story was published and Christian Walker’s tweet went live.

If I had my way, I would dismiss these two as clowns. But America just makes them impossible to ignore. This country loves to inundate us with coverage of Black male figures embodying the archetype of the dumb, violent, Black servant eager to please the White masters.

I’ve written it before, I’ll write it again: Especially in our MAGA era, anti-Blackness and misogyny are profitable in America, especially if you’re a rich and famous man of any color. (So much for cancel culture, right?) West will get the publicity, the outrage clicks, a spot in the news cycle. Stores will carry his designs. He will be invited to the boardrooms of the fashion world, and when he releases his music, he will be platformed. People still line up to buy Yeezys. He’ll still get “that paper,” no matter how low he stoops.

In Walker’s case, he got the MAGA-activating endorsement of Trump. And he’s getting even more cash and support from other Republicans.

But what can be done? I think it’s worthwhile and necessary to reward Black men who are doing good in society with our attention, votes and money when we can. (More on that below.) For my part, I try not to allow West to profit off my attention. That’s what’s within my control. And Walker? It’s on Georgia voters to do the right thing — and keep him away from the Senate.

But no matter what happens, as long as our culture rewards anti-Blackness and misogyny, we will be sure to see more Wests and Walkers. It’s a dark state of affairs, for sure.

The deeply corrosive thing about Walker and West is that the attention placed on their antics sucks up all the oxygen from the Black male public figures who are pushing the culture and society forward, rather than dragging us back. Here are three of them that are in the news this week:

Ryan Coogler: Marvel has released the trailer for the long-anticipated “Black Panther” sequel, “Wakanda Forever,” directed by Coogler. The movie is due for release on Nov. 11. The original “Black Panther” film, released in 2018, was not just the highest-grossing superhero film of all time. It also represented a real shift forward for Afrofuturism on screen. Coogler’s work also includes “Fruitvale Station” and “Creed.”

Trevor Noah: The South African comedian and host of “The Daily Show” has announced that he is stepping down from the show after seven years. After taking over from John Stewart, Noah brought a global perspective to issues in the United States, particularly when it came to race. I will always remember his hilarious and deadly accurate segment that called Trump America’s first African president.

Sen. Raphael G. Warnock: And let us not overlook Georgia’s Warnock, the person that Walker is running against. Warnock is the first Black Democrat to win a Senate seat from a Confederate state, as well as the senior pastor at Ebenezer Baptist Church in Atlanta, where the Rev. Martin Luther King Jr. preached. Warnock’s public service has been drama-free, and he has focused on issues that matter in people’s lives — including increasing access to health care for Georgians and support for veterans.

For the Culture: A Black father’s love iconic

Chugging along on the positivity train here. For anyone who needs a masterclass in love, check out this iconic clip from the 1992 Barcelona Olympics.

After his son, Derek, injured himself during an Olympic race, Jim Redmond hopped onto the track. Watch as he helps his son finish, waving away pesky officials and giving his son a shoulder to cry on. Many athletes know what it’s like to train for years for a single moment only to feel the agony of defeat. Redmond coming to the emotional aid of his son in front of a global audience is one of the most beautiful things I have seen. I dare you not to cry.

Jim Redmond passed away this week at the age of 81. Rest well, sir. You will be remembered as a shining example of compassion and courage.

Do you have questions, comments, tips, recipes, poems, praise, or critiques for me? Submit them here. I do read every submission and may include yours in a future version of the newsletter.