Opinion: LGBTQ+ Community Must Get Involved in Politics to Avoid Losing Rights 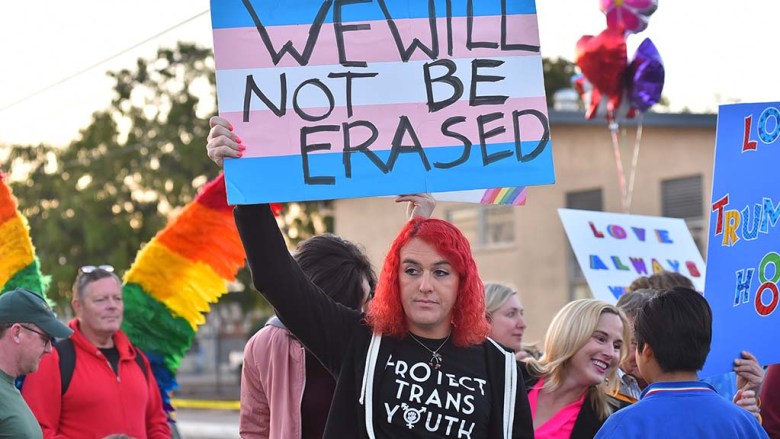 Many of us are fed up with politics, but we can’t escape it — it is there, wherever we look. The thing is, politics should be valued as much as daily duties: doctor’s appointments, vehicle maintenance, and checkups with a reliable accountant.

These events show us that nothing is set in stone⁠ — even if bills for gay marriage rights have passed, for example. In 2022 alone, GOP lawmakers have pushed around 200 state bills that could erode rights and diminish protections for LGBTQ+ teens, children and their families.

Therefore, more than ever, it’s critical for minority groups, like the LGBTQ+ community, to keep up to date with what’s happening in the political sphere. But where to start?

Knowledge is power. Knowing exactly how your congressman and representatives are voting and how this aligns with your own political ideals can mean informed voting decisions and stop this kind of law backtracking.

Governmental resources, such as the U.S. Senate or U.S. House websites, and trusted independent sources for drafts and votes, like WeWillDecide, can help build an unbiased and complete picture of our political situation.

Surveys have revealed that the youngest generation of LGBTQ+ Americans is “far more engaged in politics than their straight counterparts.” And that’s great. But what about everyone else? We must overcome the political apathy that keeps so many people from getting involved. But how?

As a healthcare worker, I see the political influence in my workplace every day, even more so during the pandemic. We brought a level of political ideologization to a simple action: wearing a mask. The politicization of a virus has been unbelievably frustrating. And more and more issues are becoming tied to politics and religion like never before.

The disappointment with our broken political system inspired me to start the WeWillDecide platform. I wanted to create a way to digest political information in the most transparent way possible, without any bias sneaking into the opinion-forming process.

It minimizes the possibility of falling for the eye-catching clickbait and fake news that’s an irresistible temptation for many. It will also give the “apathetic voter” a way to re-engage in the political process without trudging through the overwhelming noise that always accompanies it.

The creation of WeWillDecide promotes critical thinking to allow anyone to build their own political standpoints and analyze what actions representatives have taken. The platform provides an easy way to become one’s own political analyst based on hard data. No opinions, just facts.

Most importantly, if representatives fail, we as citizens, not only within the San Diego community but nationwide, shouldn’t be scared to discuss it within our local community — with the same passion, devotion, and criticism we use when speaking about our beloved Padres.

It’s also vital to get rid of the illusion of not being able to have a tangible impact. We have previously lived our lives peacefully in an “ignorance is bliss” mindset, and either don’t vote or vote blindly due to being bombarded with never-ending influences. But we no longer have the option to ignore the current political disaster we are facing — so many of our rights that we’ve taken for granted are on the chopping block.

Take the legalization of same-sex marriage in Ireland in 2015, where #hometovote took off on social media. Irish citizens abroad flew home in droves to vote and support the LGBTQ+ community. A clear indication that individuals can come together to create a large, singular impact.

Getting involved in politics requires courage, but we must also base our knowledge on unbiased sources to widen our perspectives and learn how to validate the information.

Learning to empathize and seeing value in others’ opinions and beliefs has become increasingly rare as well. Socrates assumed that people hold their beliefs on a superficial level. So, try Socratic skepticism to challenge your points of view. This technique puts into question every idea we stand for, deconstructing it to understand the core meaning.

Lastly, staying true to our political values can interfere with another person’s perspective and heat up a conversation. But it’s not the message that is harmful — it’s how we express it.

Once we learn how to conduct valuable critical debates, we’ll enhance our political knowledge with something you can’t find from a source — others’ experiences and opinions. But conflict isn’t always a bad thing; it’ll build a robust social environment of political acceptance.

As citizens, we hold the key to the future of politics and LGBTQ+ rights. We just need a bit of bravery to speak up about the topics we’re passionate about and build arguments based on unbiased information. Imagine a world where politics is calm and fact-based. Just imagine.

Kelly Riordan is a cardiac sonographer and CEO and founder of the WeWillDecide, a website that helps voters make informed decisions.