Opinion: Too much emphasis is placed on binary politics 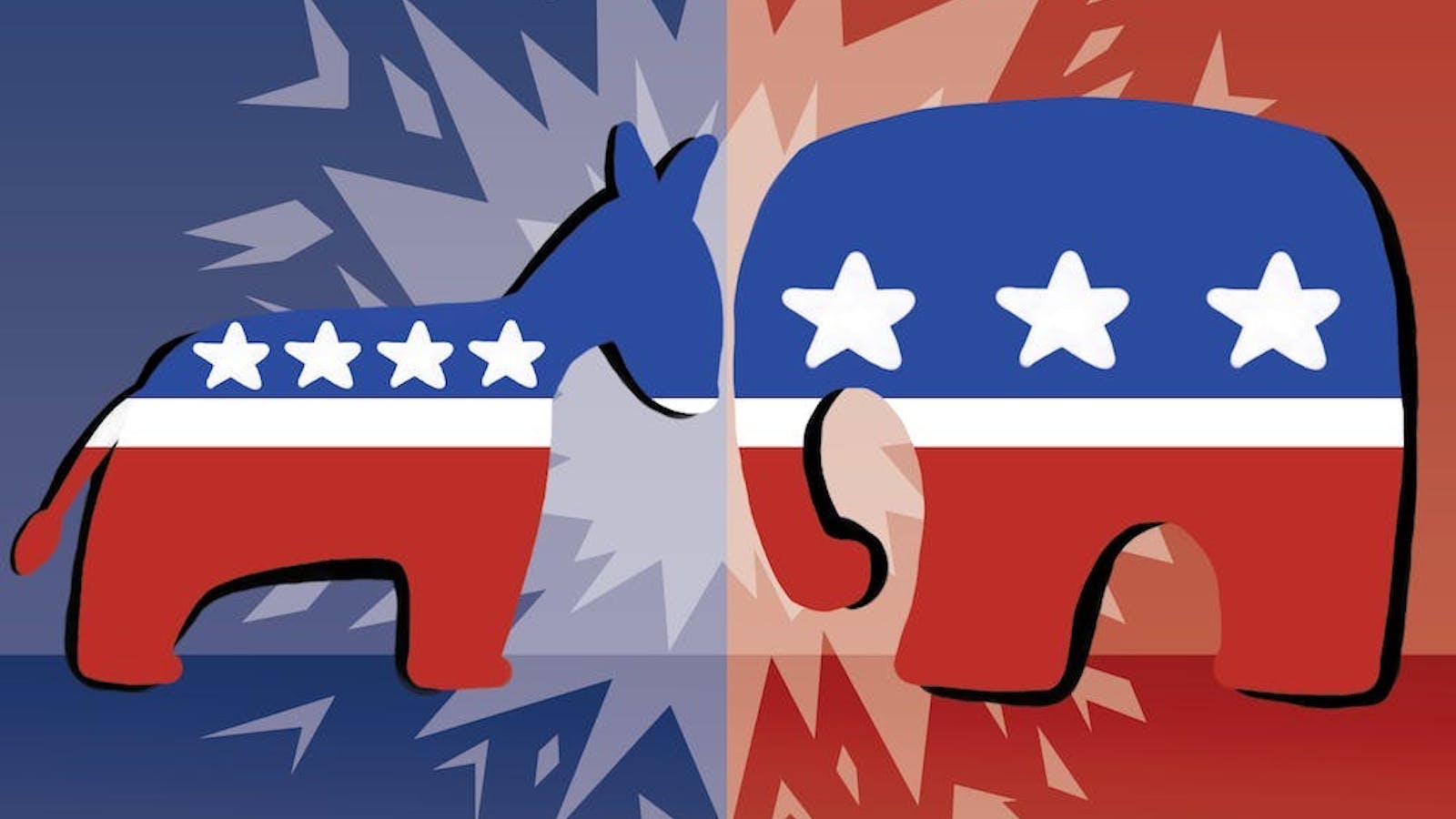 Being a college student who hasn’t yet found his political footing, I often get caught up in figuring out where I stand in regard to economic policies, modern political movements, and current political trends. This year’s election has rendered me even more confused because it has seemingly created such a rigid and divisive voter base.

On one hand, I support individuals’ rights and liberties, like the right to have an abortion or the protection of the LGBTQ community. But, on the other hand, I tend to want free labor markets while maintaining some level of government-funded programs, like education initiatives.

On a political scale, that puts me somewhere in between a liberal and a libertarian. But I don’t necessarily like putting a label on my thought process. I’m not akin to the modern connotation of many political ideologies, and I don’t like how one’s political mindset determines who they are in this country.

Politically, I don’t necessarily believe in just one philosophy. It feels like I have both feet in all of them. I’m walking the grounds of Democrat, Republican, Libertarian and Communitarian all at once.

But it feels like the more I learn about the importance of elections, that ground is turning into quicksand. I’m sinking in a country that puts pressure on voting, yet demands I choose between two sides.

Just last month, I registered to vote in Arizona, and I was forced to label myself as “Democrat,” “Republican,” “Libertarian” or “Other.” I felt blindsided by the way ballots wanted to box me into one party.

The decision to mark “Democrat” was nearly impossible because I hate labels. It felt like it didn’t matter what I believed in, as long as one of these parties could claim me as “one of their own” and know they could count on my vote.

I ultimately chose to check the Democratic Party’s box because of my view that individual freedoms trump economic beliefs. But I still don’t like the feeling of that label.

It’s so important in this country – it could mean the difference between making a new friend or being ousted from a job – yet it’s just one box everyone is forced to check if they want any say in elections. Am I the only one who thinks that sounds fundamentally ridiculous?

I agree people deserve their views to be, at the very least, heard on a larger scale. But is it crazy to suggest political thinking should be more fluid than checking a silly box and thereby agreeing to every single political action a party takes?

The fundamental human mindset should be, in theory, to always gear toward progress. I think both parties and every one of the millions of other political ideologies can agree that we as a society should strive to be better and learn from past mistakes. But the America we’re in right now is quite simply in a stalemate.

This binary has locked the game at “checkmate” for far too long, and it’s time for citizens to ditch the game.

For me, that looks like ignoring the label assigned to me by the November ballot and voting for who I believe will best serve while in office. I will vote for the candidate I believe has the best history of serving his or her community, no matter what label the candidate assigns to him or herself.

I must remind myself I am in college and have no clue what political ideology I align with – and that’s OK. It may be uncomfortable to acknowledge my uncertainty, but I find comfort in the fact that there are millions of others out there, especially people my age, who are in the exact same boat as I am.

I encourage all ASU students to register to vote, do their research, and cast their ballots in November. But let’s also recognize that we are human beings and deserve better than to be defined by our political knowledge or a party label.

Election season is alive and well; let’s not let it get the best of us.

Editor’s note: The opinions presented in this column are the author’s and do not imply any endorsement from The State Press or its editors.

Want to join the conversation? Send an email to opiniondesk.statepress@gmail.com. Keep letters under 500 words and be sure to include your university affiliation. Anonymity will not be granted.