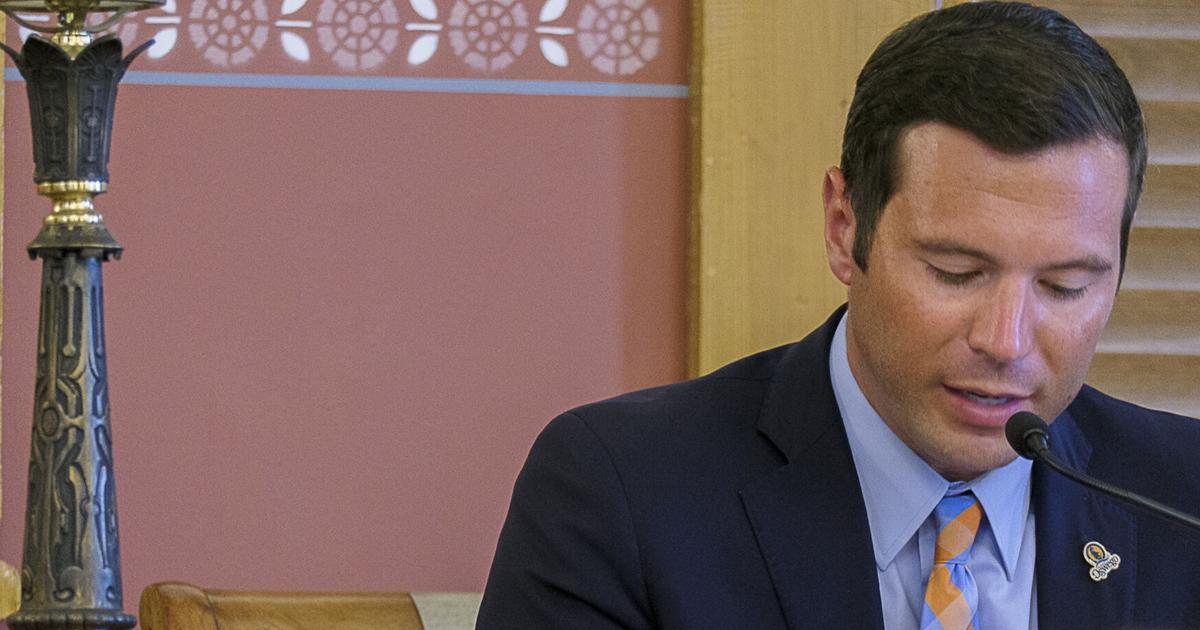 OSWEGO – Oswego Health showed its hand and took the pot in the final hand of the months-long local guessing game, “What will Barlow do once he’s no longer mayor?”, as it announced Aug. 31 that Oswego Mayor William Barlow will join them as Vice President of Public Affairs & System Development, a newly-created office that melds Barlow’s strengths with Oswego Health’s hopes.

Barlow will officially step into that role Sept. 19 while continuing as this city’s mayor until the office’s two-term limit brings his administration to an end on Dec. 31, 2023.

The job, Barlow said, is “going to be a little bit of a couple of different things. Some of it is Oswego Health has some projects that they have in the hopper that will need some management through the design and the building phase. I think of the downtown revitalization work and the waterfront projects. That’ll be a role that I enjoy and have some experience at. And then some facilities work along with some legislative work using my connections in state and local government to try to help Oswego Health get some projects going and get some funding to assist with operations will be the primary focus of my day-to-day job.

“I definitely know some of the local, key players,” he said, “and certainly on the state level, some key players there. We can use those connections and relationships we’ve built the last eight years to try to capitalize on some opportunities Oswego Health may have.

“I’ve always tried to work with people regardless of their party, Republican or Democrat, just trying to do it to bring back the most opportunity to Oswego. And looking back now, I’m glad I did that, not only for what we were able to do for Oswego, but for what we may be able to do now for Oswego Health, working both sides of the aisle to try to maximize our opportunity.”

Barlow himself may have had many opportunities but seems in Oswego Health to have found the one that checked all the boxes for him and his goals for his future. He sees this job as a longterm solution to his search.

“For the last year or so,” Barlow said, “everybody has asked me, almost on a daily basis, what I’ll do when I’m not mayor anymore. I wasn’t into politics before being mayor very much, and I never really saw it as a long career. I’m 31 years old, and to survive in the political world for 30 years is quite a challenge, especially in today’s climate. I thought in terms of lifestyle and what I wanted to spend my life doing. I’d like an actual longterm career, and I think in the healthcare field and in this role in particular, something I can see myself doing for quite some time.”

Juggling two jobs at once isn’t new to Barlow, in fact his new position with Oswego Health provides him with the perfect mix he was looking for.

“I think a lot of people may not realize, I’ve had a full-time job (as regional director for Assemblyman Will Barclay), in addition to being mayor, for my entire term as mayor,” he said. “So, it won’t really be a huge change in terms of time management for me. I’ve had to work a balance since the day I was sworn in anyway. And it was important for me to find a role where I can still finish out my final term as mayor and finish some of these projects that are going on, and luckily, I can do that here.”

Barlow summed it all up this way: “I think transitioning to healthcare and to Oswego Health probably, most people would say, isn’t the most natural transition or progression, but what was important to me is to be able to still serve my hometown. That’s why I ran for mayor, and what better way to serve your hometown and community than in healthcare. I think there’s great opportunity here with kind of the Renaissance Oswego Health is going through under Michael Backus’s leadership. I hope to be able to add to that, and just as we rebuilt the Oswego community, we can kind of apply some of the same philosophy and approaches to Oswego Health and make that system better than it’s ever been.”

As an Amazon Associate I earn from qualifying purchases.