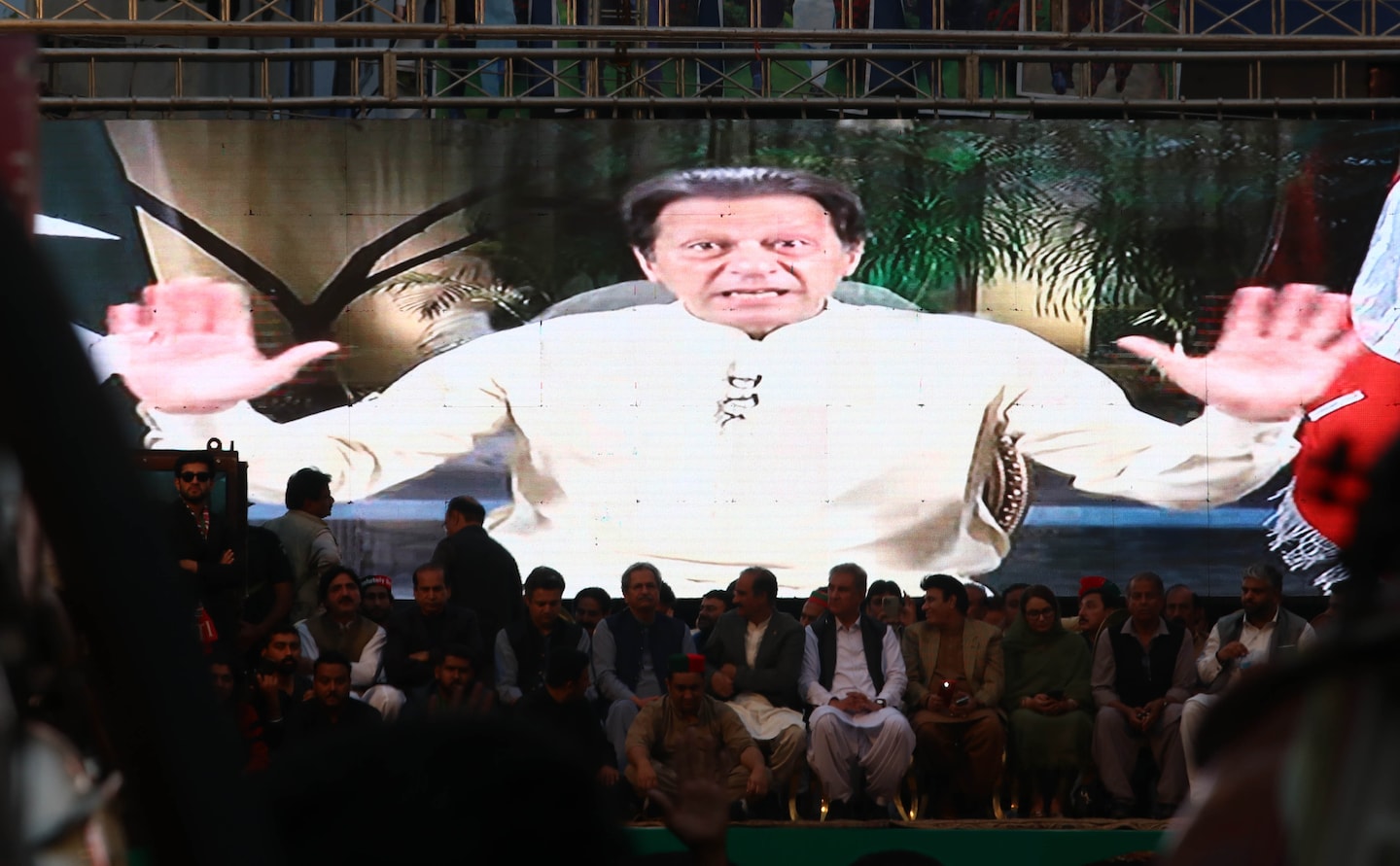 ISLAMABAD — Massive crowds are expected to converge on the capital, fired up by a charismatic ousted premier bent on returning to power. The economy is in free fall and the weak coalition government seems helpless to stop it. The countryside has been devastated by hellish drought and biblical floods.

But for a moment, the nation’s attention is riveted on the outcome of a ritual, closed-door process in a drab military compound to choose and install Pakistan’s next army chief — the most powerful figure in this nuclear-armed state and still-fragile democracy of some 221 million people.

By law, the chief must be changed every three years, and the handoff is always tense. The military has seized power three times since the majority-Muslim country was founded 75 years ago, and it has often manipulated electoral politics behind the scenes. Not until the prime minister approves a candidate, and the outgoing general passes a bamboo baton to his successor, does the nation heave a sigh of relief.

This time, the tension and the stakes are especially high. The deadline for installing a new army chief is 10 days away, and an escalating political standoff between the government of Prime Minister Shehbaz Sharif and opposition leader Imran Khan, the former prime minister who was forced out of office in April, has polarized the country and threatened to erupt in violence.

“The battle lines are sharply drawn now, making the situation untenable,” Maleeha Lodhi, a former Pakistani ambassador to the United States, wrote in an op-ed this week. Khan, she alleged, is making matters worse by “hurling allegations” at the army but also privately seeking its support. The looming fear, Lodhi wrote, is that the situation will “snowball into civil strife.”

There were official signals Friday that the new army chief would be named by early next week after Shehbaz formally chooses among the final candidates, an apparent effort to reassure a jittery public that the transition would be smooth. The defense minister, Khawaja Asif, told reporters that if the army has become “neutral, we should accord them respect and get rid of the 75-year baggage.”

Khan, who was shot in one foot by a gunman as he addressed a mass rally on Nov. 3, had delayed his planned “long march” to the capital while recovering. But on Saturday, he announced that he would join supporters in the capital on Nov. 26 — three days before the new army chief takes charge — and lead thousands in a mass protest to demand new elections. For now, arriving protesters are being diverted to a hastily erected tent camp in the suburbs, while hundreds of extra security personnel are guarding the capital.

“We are all impatient to start the march. It is not for fun, it will bring us real freedom,” said Hassan Kayani, 23, a real estate agent sitting under a tent. The Sharif government, he said, has “done nothing for the people, but we love Mr. Khan because he has done so much. We respect the army and we want it to be on the same page with Mr. Khan. And we want the new chief to be chosen for merit, not to protect corrupt politicians.”

The outgoing army chief, Gen. Qamar Javed Bajwa, has been a forceful advocate of keeping the armed forces out of politics. In many speeches to military cadets and officers, he has told them to defend the nation but also to respect civilian rule and the constitution. This week, he began making farewell rounds to military bases and repeated his commitment to retiring on time.

But Bajwa, 62, also has come under attack from some circles for emphasizing military neutrality. Critics accuse him of retreating from the army’s traditional influence as a broker in civilian conflicts, which often stem from corruption or political vendettas. Pakistani politicians of all stripes still privately seek military backing, and some have reportedly urged the military to stop Khan’s unruly comeback crusade in the streets.

“The power of the army chief is so huge that it can create a messiah complex,” said Hussain Haqqani, a former Pakistani diplomat who has written extensively about the military. He said Pakistani politicians often “ignore the basic rules” of democracy and seek support from friendly generals, “but that is always bad for the military as an institution.”

There are reportedly several final candidates among half a dozen senior generals, all with long and accomplished careers. The selection is generally made on the basis of seniority and merit, although in recent weeks, there has been an unusual amount of public speculation, much of it online, about the alleged political leanings of various candidates.

The toxic political environment has roiled the armed forces, drawing them into a civilian slugfest and leading to accusations of military involvement in violence, including the Oct. 23 killing of Arshad Sharif, a prominent Pakistani TV journalist who was shot by police in Kenya, and the attack that wounded Khan, although the arrested suspect said he acted alone.

Military officials have denied any connection to the attacks, and even the director of Pakistan’s clandestine spy agency, the Inter-Services Intelligence, who had never before spoken in public, appeared at a news conference after Sharif’s death. In an emotional statement, Lt. Gen. Nadeem Anjum defended the military’s integrity and warned that the “politics of hatred” could destabilize the country.

Anjum’s agency operates with unusual autonomy and has been accused of kidnapping and torturing political dissidents, but he endorsed Bajwa’s efforts to shift the armed forces “from a controversial role to a constitutional role.” He also asserted that Khan had pressured the military to help save his job this year through “extra-constitutional means” and had asked Bajwa to remain beyond his three-year mandate.

Khan, a maverick politician and former cricket star with a huge fan base, rose to power after campaigning for social justice and against the country’s wealthy elite. Since being forced from office in a legislative no-confidence vote, he has campaigned nonstop to return to power, exhorting rallies of cheering fans to demand new elections. But Sharif, a leader of the old-guard political class, has insisted elections will not be held until August.

Among the Khan supporters gathering at the tent camp Saturday, many criticized the Sharif government as corrupt and indifferent to the poor, but none seemed to bear the military any ill will, and several said it was important for Khan to patch up relations with the new army leadership. But on Saturday, it remained to be seen how the security forces would react if Khan reached the capital and exhorted thousands of agitated followers to surge through the streets.

“There is still a lot of uncertainty and worry,” said Asad Durrani, a retired army general and intelligence chief. “Politically, we know we cannot have a hybrid system of power, and the army has to step back. Tactically, if there is a commotion, the security forces should be able to contain it, cool things down and then discuss.” But if the long march spins out of control, he warned, “a lot of china can be broken.”