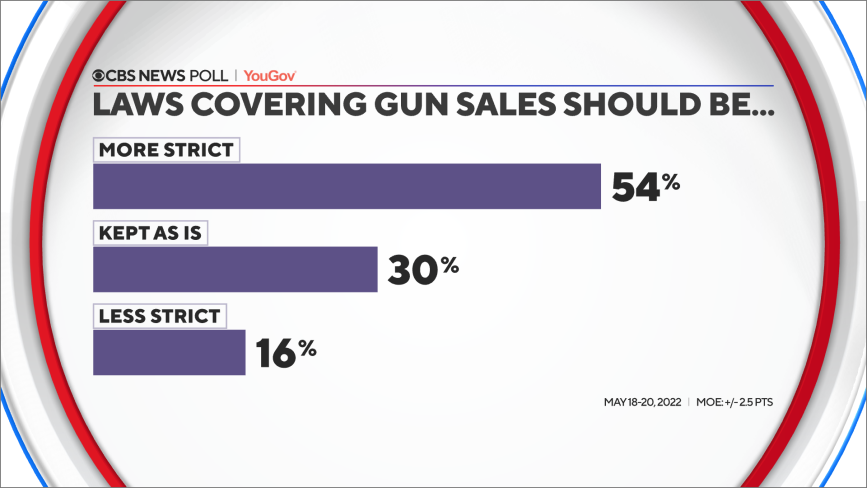 A recent CBS News poll found 54% of Americans want laws covering the sale of guns made more strict. Thirty percent said gun laws should be kept as they are, and 16% want them to be less strict.

As they have for years, Americans remain starkly divided along partisan lines on laws covering the sale of guns. Most Democrats favor gun laws that are more strict, while most Republicans do not, preferring that gun laws either be kept as they are or made less strict than they are now.

Views differ some by gender, too. Women (60%) were more likely than men (46%) to say they supported stricter gun laws.

This CBS News/YouGov survey was conducted with a nationally representative sample of 2,041 U.S. adult residents interviewed between May 18-20, 2022. The sample was weighted according to gender, age, race, and education based on the U.S. Census American Community Survey and Current Population Survey, as well as to 2020 presidential vote. The margin of error is ±2.5 points.

CBS News Eye on Trends: The latest from the Election & Survey Unit