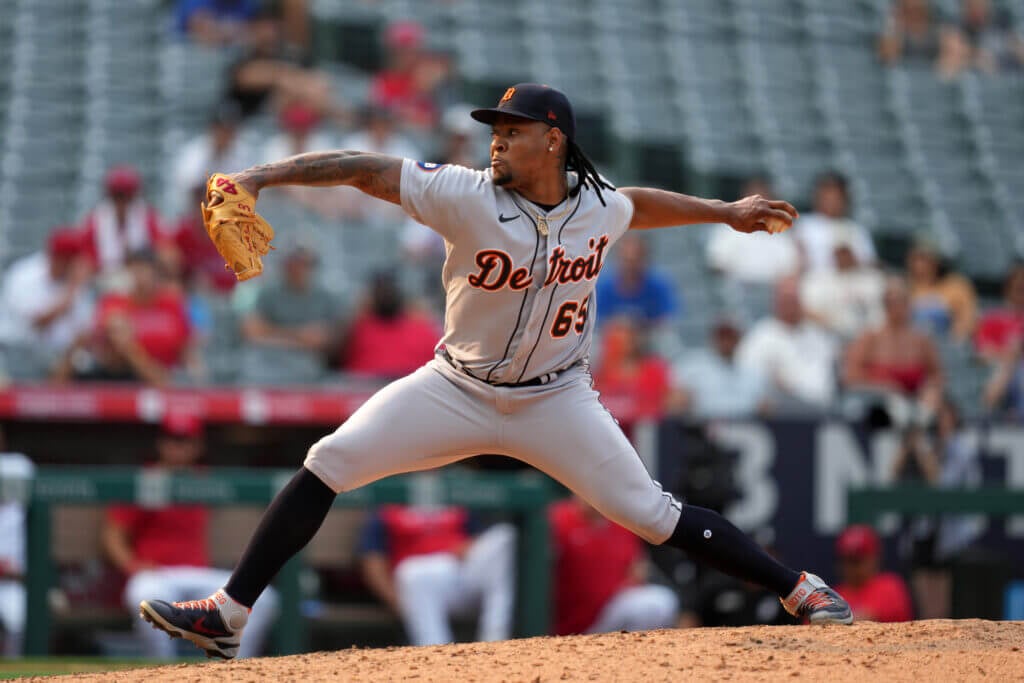 The Philadelphia Phillies have acquired All-Star left-handed reliever Gregory Soto in a trade with the Detroit Tigers, the teams announced Saturday. Here’s what you need to know:

Why the Phillies went after Soto

In Soto, the Phillies acquire their platonic ideal of a reliever. He has big-time stuff and questionable command. The Phillies had success harnessing a similar left-handed reliever — José Alvarado — and there are some lessons they could apply to Soto.

With Soto and Alvarado in the bullpen, the Phillies will feature the two hardest-throwing lefty relievers in the sport, according to Statcast measurements. Alvarado’s fastball averaged 99.6 mph in 2022 and Soto’s average was 98.4 mph. Dave Dombrowski has prioritized velocity when building his bullpens since joining the Phillies. This trade reflects that. Now, Phillies manager Rob Thomson has as many as six interchangeable relievers for the end of games in Alvarado, Soto, Seranthony Domínguez, Craig Kimbrel, Matt Strahm and Connor Brogdon. It’s an interesting mix. — Gelb

What Phillies can expect from Soto, Clemens

Soto could profile well as a seventh- or eight-inning reliever on a contending team. His stuff can be nasty, but his whiff rates declined to a concerning level for a closer last season, ranking in MLB’s 53rd percentile. The disappearance of Soto’s slider hampered him last season, and he used the pitch only 21.6 percent of the time compared to 37.6 percent in 2021. Inconsistency is a given with Soto, but when he’s commanding the ball he can be dominant.

Clemens is a 26-year-old utility player who has spent the most time at second base. The Tigers placed him on the 40-man roster last season largely for his bat. Clemens hit only .145 with five home runs in 117 MLB at-bats last season. — Stavenhagen

What the Tigers are getting in return

Vierling and Maton were two role players on last season’s National League championship team, and while both have intriguing skillsets, the Phillies were willing to flip them for a more meaningful contributor. Vierling profiles as a fourth outfielder who is best deployed against lefties. He’s always hit the ball hard, but often into the ground. Maton can play all over the field and showed flashes of some upside, but the Phillies were always reluctant to overexpose him with regular playing time.

The two young players were energetic sources during the unexpected run, even when not playing, and the Phillies sacrificed some real depth here to improve their bullpen. Sands, who spent the entire season on the 40-man roster and only a brief September stint in the majors, is regarded as a bat-first catcher with concerns about his defensive game. — Gelb

The Tigers fill a plethora of their needs — a right-handed outfielder, a left-handed infield bat, and a catcher — with this trade, but it’s unclear if the players they received in return will become true MLB regulars. — Stavenhagen