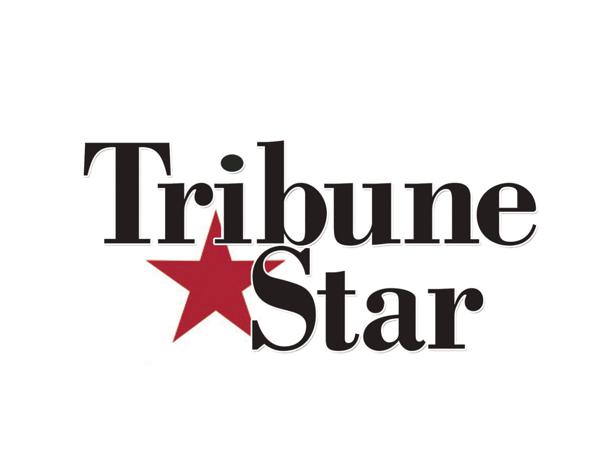 Efforts across the country to pass state legislation limiting transgender rights make it a “very scary” time for those affected, says CP Hoffman of the National Center for Transgender Equality (NCTE).

Some of the measures proposed or adopted bar or criminalize healthcare for trans youth; bar access to the use of appropriate facilities like restrooms; and restrict trans students’ ability to fully participate in school and sports, according to the American Civil Liberties Union.

“On the one hand, it’s very scary. It’s very terrifying to be targeted by your government as a social problem needing to be dealt with,” said Hoffman, national center senior policy counsel based in Washington, D.C. “It’s especially terrifying if you have your kids targeted by the government” or the state suggests efforts to provide necessary care for kids is a criminal activity.

Despite the worry, “There is a lot of hope,” Hoffman said. “There is certainly a huge generational difference in acceptance of trans issues, and younger generations tend to be more likely to be in favor of trans rights.”

Hoffman added, “We’re hopeful because it feels like demographics are on our side if we can make it through the next few years.”

In addition, there have been some significant legislative and judicial wins at the federal level and in some states over the past few years, Hoffman said.

Americans have complex set of views on transgender: Pew survey

According to a recent Pew Research Center survey, most people in the U.S. favor protecting transgender people from discrimination, but fewer support policies related to medical care for gender transitions. Many are uneasy with the pace of change on transgender issues.

“As the United States addresses issues of transgender rights and the broader landscape around gender identity continues to shift, the American public holds a complex set of views around these issues,” stated a June 28 Pew report on its survey results.

Roughly eight in 10 U.S. adults say there is at least some discrimination against transgender people in society, and a majority favor laws that would protect transgender individuals from discrimination in jobs, housing and public spaces, Pew reports.

The survey also shows that the public is divided over the extent to which American society has accepted people who are transgender: 38% say society has gone too far in accepting them, while a roughly equal share (36%) say society hasn’t gone far enough. About one in four say things have been about right.

Transgender issues “are extremely polarized” by political party, stated Anna Brown, a Pew research associate, in a separate article related to the survey.

Democrats and those who lean toward the Democratic Party are more than four times as likely as Republicans and Republican leaners to say that whether a person is a man or a woman can be different from their sex assigned at birth, Brown stated.

Age is another dividing line on many of these issues, the article stated. When it comes to issues surrounding gender identity, “Young adults are at the leading edge of change and acceptance,” Pew states.

Why so much controversy?

Brian Powell, an Indiana University professor of sociology, suggests that one reason for great controversy on transgender issues is that much change “has happened very, very quickly” in terms of the transgender rights movement.

In comparison, it took much longer for same sex marriage to gain acceptance, he said. Now, while some Americans still oppose it, virtually every national poll says “that a huge percentage, an overwhelming majority of people, believe same sex couples should be able to get married,” Powell said.

Two or three decades ago, “This was completely unimaginable,” Powell said. “It took people a long time to evolve.”

With issues regarding transgender rights, “We’re doing it in a really short period of time, and it takes people time to get their head around anything that is not familiar.”

Whenever change occurs very quickly, there will be more push back than if it happens very slowly, he said. He believes that’s a key reason why “there is such a divide.”

Also, the idea that someone is assigned one sex at birth but later identifies as a different gender is conceptually a difficult thing for many people to understand, Powell said.

People are used to a binary world, male and female, with very clear boundaries. “It’s easier for us to process, but it’s not the way the world really works” in terms of gender, he said. “The boundaries are not as firm as people want to believe they are.”

The issue of transgender rights is also “very divided and polarized by politics, by age and by religion,” he said.

Republicans are much more likely to be resistant to the idea of transgender issues, while Democrats are less resistant, although there is a lot of variation in both groups, he said. Independents “are in the middle.”

One concern he has about the current environment is that people too often “are demonizing the other side. … I don’t believe in demonizing other sides,” Powell said.

He added, “People may have very different views than I do on certain topics, but I understand … They are not trying to do something they consider bad or evil. They are trying to figure out what makes the most sense to them in the world they live in.”

A June NPR article states that 2021 was a record-breaking year for anti-trans legislation. More than 290 bills targeting the LGBTQ+ community were introduced in state legislatures. Of those bills, 25 were enacted.

It stated that 2022 was already on track to break that record, according to the Human Rights Campaign.

The article states that “most of this legislation is being pushed by Republican lawmakers and is a galvanizing issue for the GOP base.”

A June report by the UCLA Williams Institute estimates that the number of youth who identify as transgender has doubled from earlier estimates in 2016 and 2017, based on additional data. Its analysis relies on government health surveys conducted from 2017 to 2020.

The institute also estimates that 1.6 million people ages 13 and over identify as transgender.

The Williams Institute, part of the UCLA School of Law, is a research center focused on sexual orientation and gender identity law and public policy.