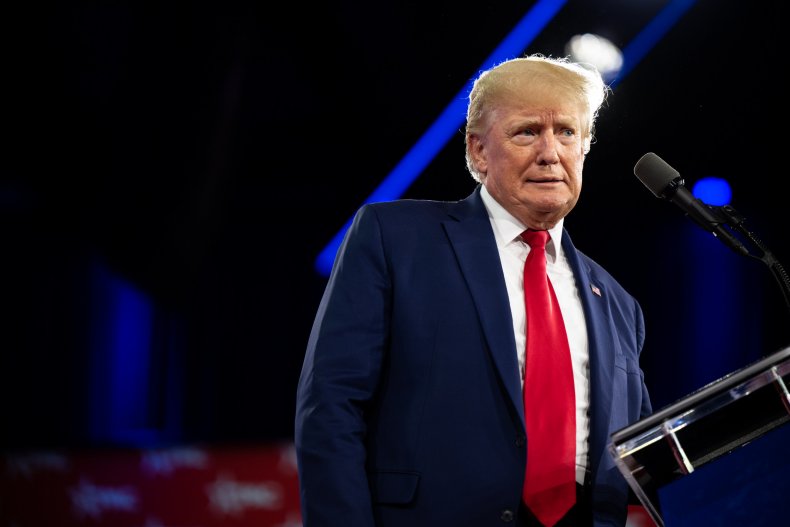 A veteran media analyst at a major local news outlet has been let go after making comments about former President Donald Trump that were deemed inappropriate.

Bill Crane, who was described as a “long-time WSB-TV and radio chief political analyst and commentator” by the Atlanta Journal-Constitution, was terminated on Monday from the news station. WSB-TV said that Crane’s reference to Trump as “Orange Face” violated the station’s commitment to “unbiased” coverage. Crane first joined the station in 2006.

Ray Carter, general manager of WSB, made a statement during the channel’s 6 p.m. ET Action News broadcast, stating that Crane had “uttered remarks not aligned with our commitment for fair and unbiased reporting and analysis.

“As a result, we’re ending our relationship with Mr. Crane, effective immediately,” Carter added. “We value the trust we’ve fostered for decades with our viewers, and we continue working hard to earn and maintain that trust.”

First launched in 1948, WSB-TV is a prominent local news station and ABC affiliate serving the greater Atlanta metro area. It is considered to be the cornerstone of the stations owned by Cox Media Group.

Crane took to social media in the wake of his firing to explain the circumstances behind the “Orange Face” comment, noting that it came during a discussion of the Fulton County District Attorney’s investigation into Trump’s potential efforts to overturn the county’s 2020 election results. He added the remark was in reference to the Democratic Party campaigning on distaste for the former president.

“I offered that it is part of Democratic Party strategy to keep President Trump’s fantasy of a stolen election in play, as well as to keep his orange face looming large as a Bogeyman to increase Democratic voter turnout, even though Donald Trump is NOT on the ballot anywhere in 2022. The Orange Face comment was found to be extremely offensive by some WSB-TV viewers. Calls followed to the switchboard, as well as social media posts, texts, and emails.”

Adding that he had used the term in reference to Trump numerous times in the past, he nonetheless offered an apology to the “strong supporters of the former president [who] find that offensive.”

“And I do apologize for that, as the comment last night and other instances were not meant to offend,” he continued. “… Perhaps in my verbiage I certainly could have been a bit more PC. I would like to think part of the reason I have been able to do this for 22 years in a top 10 media market is that I call the hard balls and strikes on either side, and attempt to do so with a bit of humor, sarcasm, the occasional pun, and tongue in cheek.”