Political violence must be condemed by candidates, experts sat 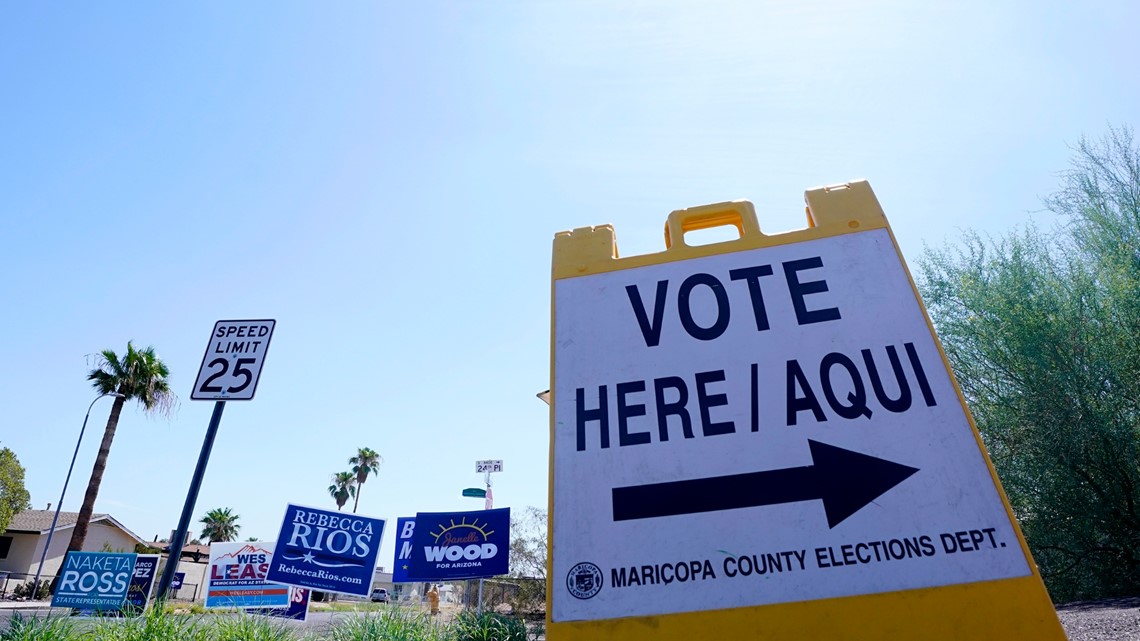 Last month, North Carolina police reported a bullet was fired into the home of the parents of Republican candidate Pat Harrigan.

PHOENIX — Last week, police in San Francisco confirmed a man broke into the home of Paul and Nancy Pelosi and brutally attacked Paul Pelosi before the man was arrested. Paul Pelosi suffered a fractured skull and other wounds.

Republican candidate for governor Kari Lake drew national attention this week when she referenced the Pelosi attack during a rally, drawing laughs from the crowd.

“It is not impossible to protect our kids in school,” Lake said. “Nancy Pelosi, she’s got protection when she’s in DC, apparently her house doesn’t have a lot of protection.”

Lake later said she did not intend to make a joke about the attack and blamed “creative editing” by news outlets that played her comment. A fact check by Snopes showed that news outlets did not edit her comment in any unusual way, except to play various lengths of the video.

Dr. John Carlson of the Recovering Truth Project at ASU’s Center for the Study of Religion and Conflict says he’s concerned political leaders aren’t doing enough to condemn violence against politicians and public officials. Condemning violence should be the “minimal standard” for holding America together, Carlson said.

Some public figures joked about the Pelosi attack on Twitter, latching onto a false conspiracy theory. Elon Musk retweeted the false information before later deleting it.

Carlson said many leaders did the responsible thing and immediately condemned the attack, including Senate Minority Leader Mitch McConnel. But Carlson worries political rhetoric is getting worse.

“In Arizona, we’ve got a great history of statesmen, like John McCain who took the microphone away from someone in the famous no ma’am moment, as it was called,” Carlson said, referring to a moment in 2008 when McCain corrected a woman make a false allegation about Barack Obama during a town hall.

“We have the exact opposite problem right now. People grabbing the microphone, stirring up the tensions, demonizing people and repeating falsehoods,” Carlson said.

The nonpartisan elections and democracy watchdog, the Brennan Center for Justice, is warning about election conspiracies prompting threats against elections officials and workers.

“What we’ve seen about the false information being distributed and the false information about election officials have led to threats against them leading up to the election. And this has been a very public concern in Arizona,” said Elizabeth Howard, Senior Counsel in the Brennan Center’s Elections & Government Program.

Howard said some sheriffs across the country, including Paul Penzone in Maricopa County, are showing leadership by publicly denouncing voter intimidation and threats against election workers.

“Our election officials right now are working to plan for and put together another safe and secure election despite these ongoing threats against them, despite being in large measure underfunded and under-resourced,” Howard said. “We have an amazing group of election officials that are dedicated to our democracy.”

Carlson says candidates who use words like “evil” and “demonic” to describe political opponents are red flags for potential violence. False conspiracy theories about elections, and groups like Q Anon and the Oath Keepers – both associated with January 6th – should also be condemned, Carlson said.

Republican Secretary of State Candidate Mark Finchem and State legislator Wendy Rogers have aligned themselves with the Oath Keeper movement in the past, as reported by news outlets including 12News, NPR and Time Magazine.

Track all of our current updates with Arizona politics on our 12News YouTube channel. Subscribe for updates on all of our new uploads.