Politics are becoming tougher to avoid at work, survey finds 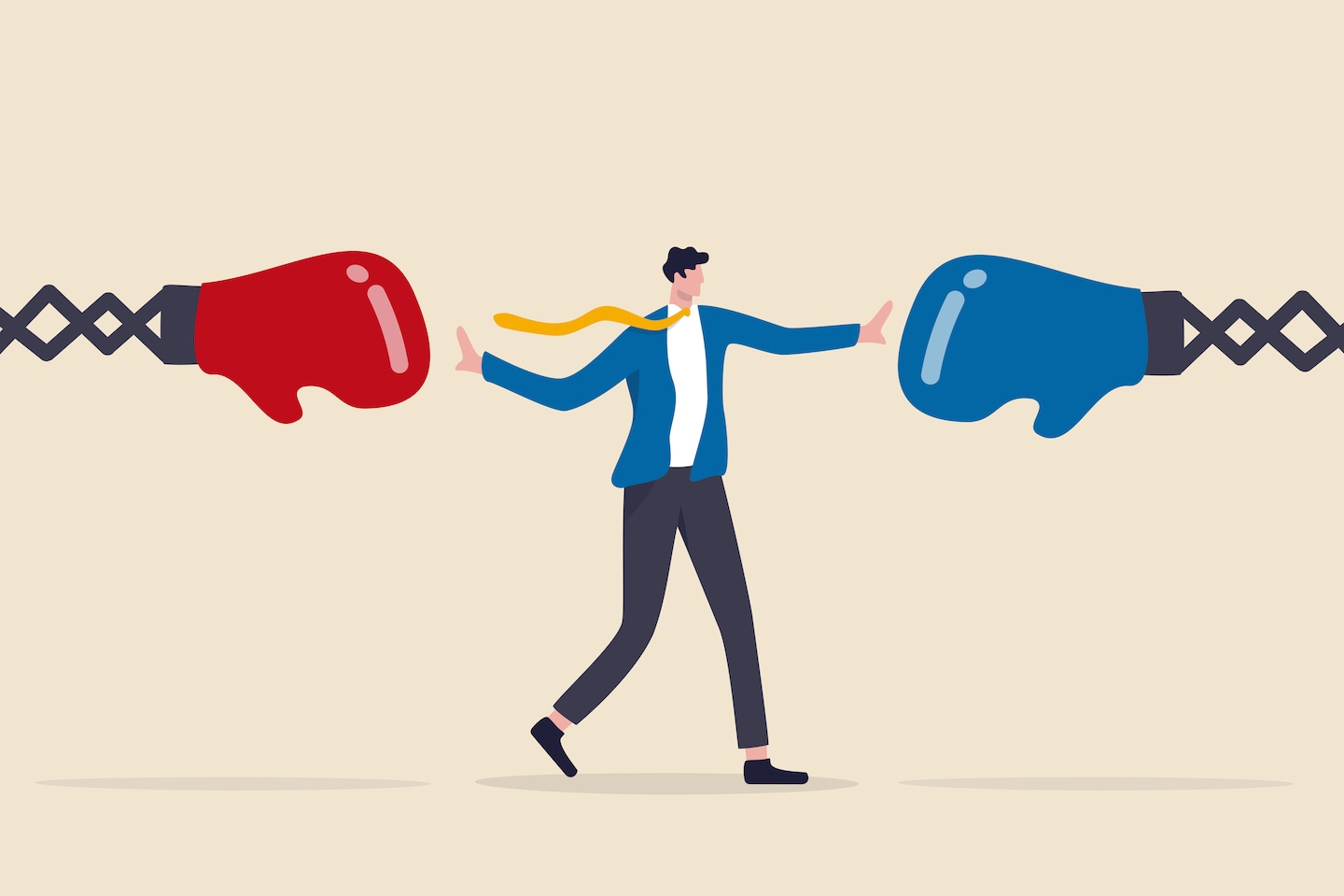 Escalating political tensions in the workplace are creating problems for organizations as midterm elections draw nearer, a new survey shared with The Washington Post found.

About 1 in 4 workers, or 26 percent, said they have personally experienced differential treatment (positive and negative) because of their political views or affiliation, according to fresh data from the Society for Human Resource Management.

The figure, from a survey of 500 workers, represents a sharp increase from 2019 when just 11 percent of workers reported differential treatment because of their political views or affiliations.

In addition, 1 in 5 workers reported experiencing poor treatment in the workplace by co-workers due to their political views, the survey found.

It also recorded a small uptick in workplace arguments and altercations over politics, with 45 percent of workers reporting they have experienced political disagreements in the workplace, up three percentage points from 2019. Nearly half, or 46 percent, said they had witnessed such disagreements at work.

Corporations are under greater pressure from employees and consumers to weigh in on political issues including reproductive rights, racial justice, gun control and climate change. But the rise of politics in the workplace has consequences for polarization across the country, as well as employee productivity and retention, said Johnny C. Taylor Jr., SHRM’s chief executive.

Amid the labor shortage and ongoing fallout of the “Great Resignation,” the trend is creating even more turnover as employees leave organizations where they feel ostracized for their beliefs.

“If people are leaving because they are experiencing political disagreement and toxicity in the workplace, then the very thing we’re trying to correct for, which is turnover, we’re playing right into it,” Taylor said.

The result is that organizations are growing more politically like-minded, a phenomenon that has been brewing since 2014, when executives began speaking out more on social and political issues, said Abhinav Gupta, a scholar with the Academy of Management and an associate professor of management at the University of Washington’s Foster School of Business, who has spent years studying politics and the workplace.

Nearly 40 percent of workers surveyed by SHRM said that discussions of political issues have become more common in the workplace in the past three years.

“It seems like companies are becoming more politically polarized one way or the other,” Gupta said. “When CEOs come out and speak about a political issue or controversial social issue, that essentially speeds up this process of homogenization. It makes employees whose political views are different from that of the CEO feel more uncomfortable, more unwelcome in the company.”

In the past decade, corporate boardrooms have become more partisan and more right-leaning, according to a June study published by the National Bureau of Economic Research, which drew on voter registration data of more than 3,700 executives from nearly a thousand S&P 1500 firms. The trend suggests that “the growing tendency of U.S. individuals to socialize and form relationships and friendships with politically like-minded individuals extends also to the highest-level decision makers in the workplace,” the study states.

The sense of growing division is not unique to boardrooms: a March analysis from the Pew Research Center found that Democrats and Republicans are further apart ideologically now “than at any time in the past 50 years.” The spike in political polarization among executives was more than double that of local registered voters in the same period, the study’s authors observed.

Increased polarization inside companies has “automatic consequences” for polarization in society, Gupta said, as people leave jobs or change locations to work for companies that are “a better ideological match.” A greater divide within organizations will also widen the divide outside them, Gupta said.

Lately, Gupta has been studying the relationship between political polarization and leadership practices. What he has seen so far is that companies that are more ideologically homogeneous tend to have more ethical lapses, as evidenced by fines and other penalties levied by regulatory bodies.

“You can think of this as the moral dividends from diversity,” Gupta said. “The more you can subject situations to this kind of sanity check from different viewpoints, that can reduce the likelihood of making decisions that will eventually catapult into big ethical lapses.”

Employees with in-person jobs are more likely to engage in political discussions with co-workers and more likely to have experienced political disagreements in the workplace compared with hybrid employees and fully remote workers, the SHRM survey found.

With roughly a month until Election Day, business leaders should be actively thinking about how to create an environment where employees can civilly discuss their views, Taylor said. Although more workers are experiencing differential or biased treatment because of their political views, as well as engaging in political discussions with their co-workers, just 8 percent of organizations have communicated guidelines to employees around political discussions at work, the survey found.

“These conversations are going to occur,” Taylor said. “What we need to do is not ignore that they’re occurring.”