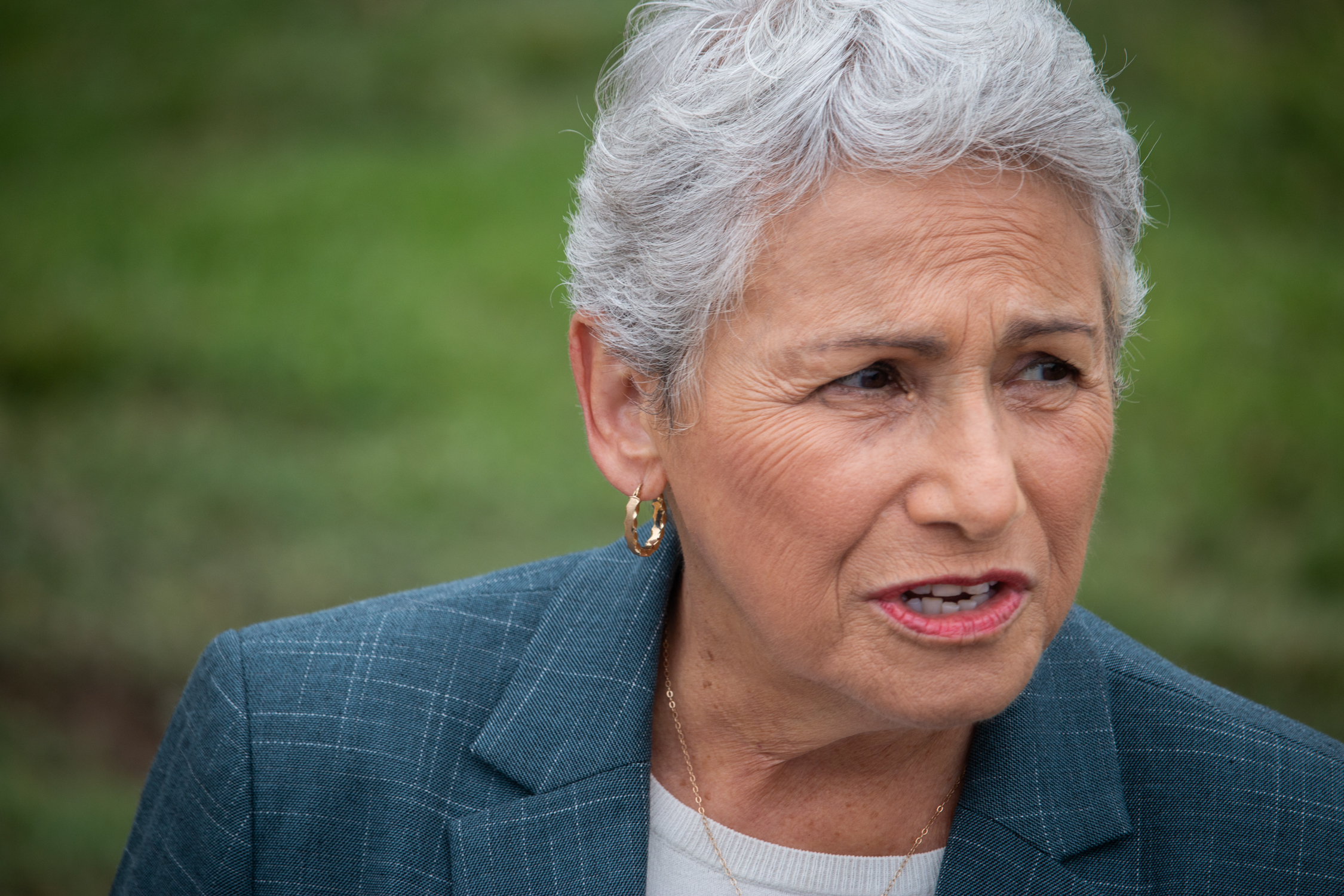 San Diego could be looking at a primary election like 2010 or 2014, elections that tilted to the right, even as the city’s demographic and voter registration trends reflected a city getting bluer.

At least, that’s an early read based on the number of ballots returned thus far, and the breakdown of the people who’ve sent them in, said Paul Mitchell, the vice president of Political Data Intelligence, which provides ballot tracking and voter registration tools to campaigns across the state.

“2010, 2014, that’s the family of elections we’re looking at, in terms of how far removed this electorate will look from the demographics of California,” Mitchell said.

“When you see turnout drop, it’s important to remember that it doesn’t drop in all groups equally,” he said. “You have this asymmetry that causes an electorate that, by Election Day, just doesn’t look like California.”

“When you look at who gets elected, you can say that this is what it would have looked like if everyone had voted in 1970,” Mitchell said.

San Diego politics have changed since 2014. There aren’t as many well-funded Republican candidates to take advantage of a conservative-leaning electorate. Instead, the benefit could accrue to Democratic candidates that have positioned themselves to the right of their Democratic opponents.

For years, the story of election night was simple. The first set of returns would hit just after polls closed, composed almost entirely of mail ballots that were disproportionately cast by older, whiter and richer voters. That would give conservative candidates an early lead that would get chipped away as day-of ballots trickled in.

Thanks to absentee-ballot conspiracy theories proffered by former President Donald Trump and the conservative figures who repeated them, that dynamic seems to have disappeared.

Months ago, Mitchell polled voters and asked if they planned to definitely vote in person. Among Republicans, 37 percent said they would. Just 7 percent of Democrats said the same. That’s comparable to the partisan split back in 2020, when the voter fraud myths were in heavy circulation.

“The intention is there for Republicans to not use the mail ballot,” Mitchell said. “The challenge is, in the 2020 general if that was your intention, it was real easy to follow through with it, because everything in all media was wall-to-wall election coverage. Now, you could wake up Wednesday and realize you forgot to vote – you could wake up a week from Wednesday and realize you forgot. Republicans have made a real strategic blunder on this – I don’t know a better form of voter suppression than telling voters their vote won’t count.”

The Former Council President’s Loan to Herself

She loaned her campaign $25,000, just a few weeks before the election.

A candidate loaning their campaign money isn’t unusual on its own. This one stands out because Campbell is not only an incumbent running for re-election, but she was also the Council president – final arbiter of the sacred Council docket – less than a year ago.

The incumbency advantage is often attributed to name recognition and having the title of the job voters are deciding listed right under their name. And no doubt, those are nice edges to have.

But the incumbency advantage also typically gives candidates fundraising superiority. Their years in office are years of opportunity to take up or vote on issues that would-be donors care about. That’s especially true if you basically get to determine the Council docket.

That’s why it raised eyebrows in political circles when an incumbent needed to put herself on the hook for $25,000 in the closing stretch of the race. Her campaign (distinct from the couple independent expenditure committees spending money on her behalf, against former Assemblywoman Lori Saldana), has brought in $157,000 for the race – including the $25,000 she loaned it.

That said: If Campbell wins, she’ll be able to pay the loan back with campaign donations after the election. It’s the only way a campaign donation can go directly into the pocket of the elected official asking for it.

The Elections Contest Is Back! Enter to Win

The Politics Report was at an event recently with lots of political people who reminded us that we needed to do the Elections Contest again, which had almost slipped our minds with the relative boringness of this election.

So here you go. Thank goodness events are back to remind us of our important role this time of year. The winner secures a lunch with us and Andrea Lopez-Villafaña, who is quite charming and makes up for Andrew’s way.

Remember, for the OVER/UNDER decisions, we have put a line on some of these races and your job is to predict whether the candidate mentioned will receive OVER that percentage of the vote or UNDER. Any mistakes or questions left blank are crimes and will not be excused.

We have used very specific analytics to set the lines and we will not be revealing our algorithm, which is proprietary, but you should not be insulted or encouraged by our over/under lines. Really, don’t be.

2. Sheriff: Choose OVER or UNDER for Kelly Martinez, 31.5 percent.

5. San Diego City Council District 2: Choose OVER or UNDER for Linda Lukacs, 10 percent.

7. San Diego City Council District 6: Choose OVER or UNDER for Tommy Hough, 46.56 percent.

9. Los Angeles Mayor: Yeah, didn’t see that one coming, did ya? Choose OVER or UNDER for Rick Caruso 48 percent. (Here’s a New York Times profile of him.)

10. Tie breaker: What percentage of the vote does Gov. Gavin Newsom receive in his re-election bid?

Send your answers to scott.lewis@voiceofsandiego.org.

Scorching hot Cafferty take: Mark Cafferty the CEO of the San Diego Regional Economic Development Corp. doesn’t often throw shade at local leaders but he did Thursday night about the ambitious plans laid out by San Diego Mayor Todd Gloria and Hasan Ikhrata, the executive director of SANDAG, who are developing a plan to connect the airport to the Trolley system.

“As someone who once used transit everywhere I went — work, home, visiting friends & family, entertainment venues, etc., I never once used it to get to the airport. And it went there,” he wrote.

Ikhrata and Gloria plan to put a new transit station where the current headquarters for the Port of San Diego stands. It’s the first of a two-part plan that would also see a big section of downtown around City Hall transformed into a large transit hub.

Gomez, Alvarez race has a lot of observers: Sheriff may be a bigger deal and City Council District 2 will be fascinating but the race for Assembly District 80 has everyone (as in like 1,000 of us) absolutely buzzing. If you didn’t read Andrew’s dissection of how it has ended Alvarez and Gómez’s friendship and points to how campaigns may go in a world of Democratic hegemony in San Diego politics, you should.