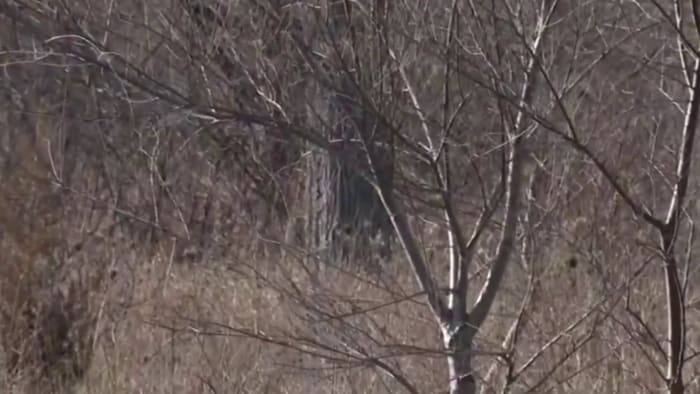 PONTIAC, Mich. – The mother who froze to death with her two sons in Pontiac on Sunday reportedly suffered a mental health crisis that may be related to her husband’s 2021 murder.

Police say 35-year-old Monica Cannady and her two sons Malik, 3, and Kyle, 9, were found dead of hypothermia in a vacant field near the 200 block of Branch Street in Pontiac on Sunday.

Officers found the bodies after Cannady’s 10-year-old daughter walked up to a house and asked for help.

Oakland County Sheriff Mike Bouchard says the 35-year-old had decided people were out to kill her, including sheriff’s deputies, which is when she fled her apartment on foot with her three children looking for safety.

Bouchard says Cannady’s family tried to get her help but she refused.

Between Friday and Sunday, Oakland County deputies received multiple calls about a woman and children wandering the streets without the appropriate clothing for the cold weather, Bouchard said.

“From our side, we were not called about a person or kids in crisis,” Bouchard said. “We would get an occasional call, ‘Hey, there’s somebody in the area that doesn’t look like they’re appropriately dressed.’ Deputies would go there and look, and they weren’t there.”

Officials later learned from the 10-year-old girl that Cannady had told her kids that anytime someone approached them to run.

They made their way to a Pontiac neighborhood off of Branch Street. Neighbor Charles Witherspoon saw the police activity on Sunday and spoke with another neighbor who had spoken to the family on Saturday.

“They were hungry, I said ‘what did you do?’ and she said ‘I didn’t let ‘em in,’ but her brother Arthur said he tried to give the young lady some money and she wouldn’t take it,” Witherspoon explained.

The family ended up in a field at the edge of Crystal Lake. “They were in the field and she told the kids to lay down and sleep, and unfortunately that’s where they perished,” Bouchard explained.

It’s believed a Pontiac murder precipitated this incident. In November 2021, Kyle Milton was fatally shot at a party.

The 10-year-old girl is in the hospital with “hypothermia-type symptoms,” according to authorities.

“This tragedy was fundamentally evidentiary of the breakdown of our mental health system in America,” Bouchard said. “We don’t give our mental health providers and systems enough support and have enough resources at their fingertips.”

Below you can find information on community resources for non-emergency access to public mental health services.