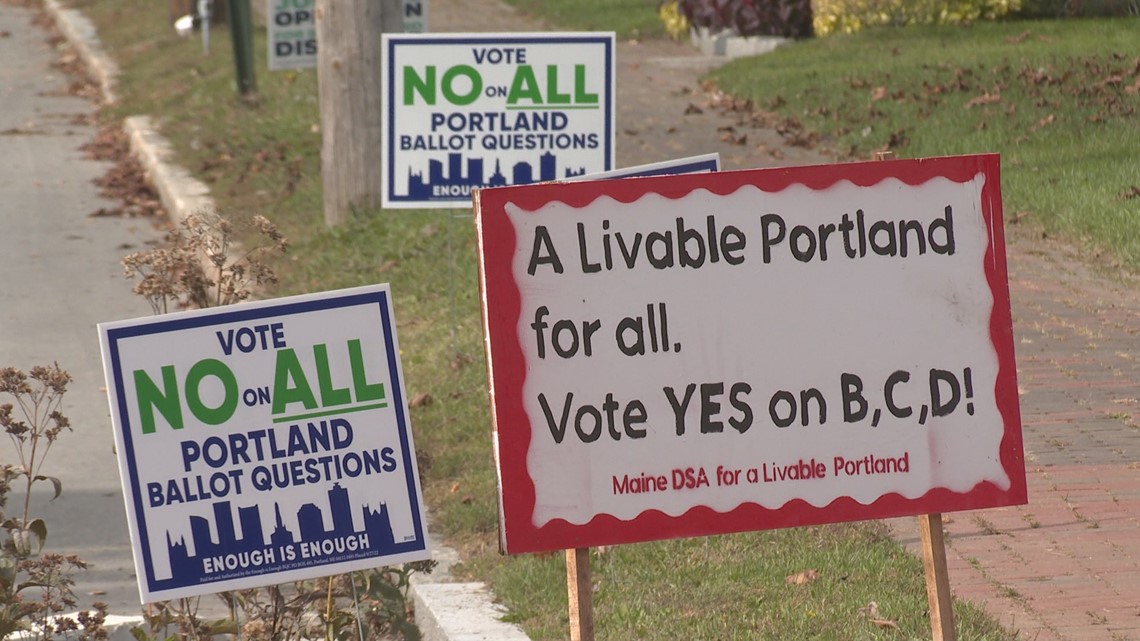 “I am disheartened and distressed to see the kind of electioneering and personal attacking that is now commonplace in Portland, Maine,” the mayor said.

PORTLAND, Maine — “This is the real state of our city. We are polarized. We are divided,” Portland Mayor Kate Snyder said during the State of City address Monday evening.

After discussing achievements in Portland surrounding housing, pandemic recovery, and more, Snyder turned her focus in the address to the growing divisiveness in Portland politics.

“I am disheartened and distressed to see the kind of electioneering and personal attacking that is now commonplace in Portland, Maine,” Snyder said.

Snyder’s State of the City address come just three weeks ahead of a pivotal moment for the city.

Portland will chart the course for its future this election, when voters decide on 13 referendum questions that could alter Portland’s function of government.

Across the city, campaign signs can be spotted on nearly every street corner and intersection. Supporters and opponents of city ballot questions can often be found discussing and arguing their positions on social media, and digital and print ads are becoming even more visible.

#Tonight We’re taking a closer look at political divisiveness in Portland three weeks out from election day. “We are polarized. We are divided,” Mayor Kate Snyder said during her State of the City address Monday. pic.twitter.com/uwbV1tJCAd

“What I’ve seen happen for some time now is that there’s a deep and persistent messaging that one camp or one side of an issue is good, and one is bad,” Snyder said.

Former Portland Mayor Tom Allen is in agreement with Snyder.

“I would say this is the most divisive I’ve ever seen Portland city politics,” Allen said.

Allen, who serves as chair of ballot question committee Protect Portland’s Future, is advocating against Questions 2 and 5 on the Portland ballot.

“Just overturning the entire system of government here, that’s way too ambitious, even from their point of view, I think. And it’s a fundamental mistake, because it churns up the political conflict more than it should be,” Allen said.

Not all former Portland mayors are in agreement about political divisiveness. Former Mayor Ethan Strimling, who is a member of Maine chapter of the Democratic Socialists of America advocating for referendum questions B, C, and D, believes voters are finally demanding they have a voice in local government.

“Sometimes people who are in elected office when the people have a different position than they do, they consider that divisive,” Strimling said. “There’s a lot of people whose voices have not been heard for a long time that are now demanding their voice be heard.”

Snyder says no matter what decisions voters make at the polls this year, the city will have to come together to move forward.