Pranks, Parties and Politics: Ron DeSantis’s Year as a Schoolteacher 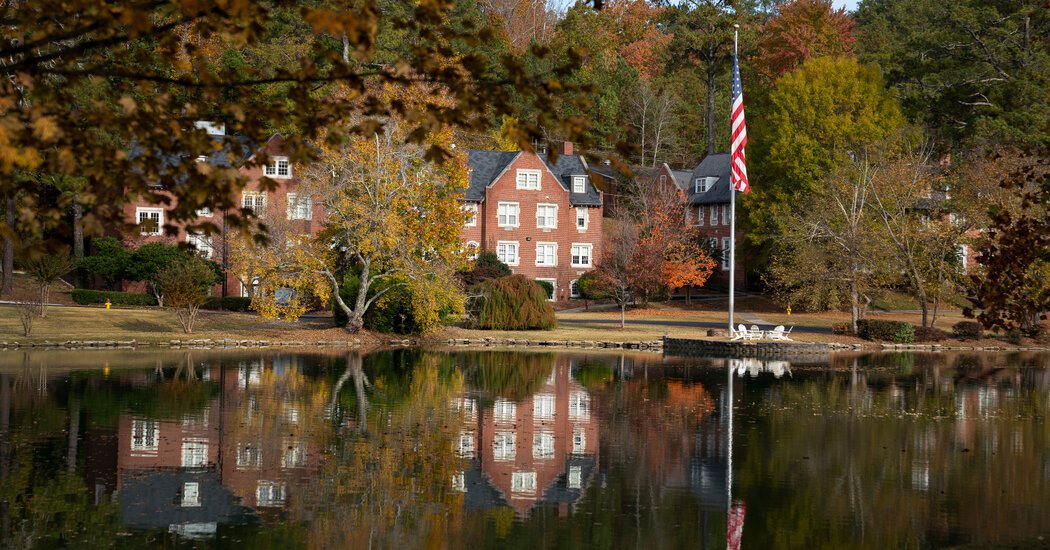 Ms. Minis, who is white and was in the same history class as Ms. Pompey, also remembers debating issues around the Civil War. Mr. DeSantis wasn’t so much politically opinionated, she said, but, in her view, factually wrong. She remembers him claiming that every city in the South had burned, even though she knew her hometown, Savannah, had not and she called him out on it.

Another student who requested anonymity because he feared repercussions for his job said Mr. DeSantis’s takes on the Civil War were the subject of so much talk that students made a satirical video about him at the time for the video yearbook.

The video, which was reviewed by The Times, includes a short snippet in which a voice purporting to be Mr. DeSantis is heard saying: “The Civil War was not about slavery! It was about two competing economic systems. One was in the North. …” while a student dozes in class. (A student voiced the role of Mr. DeSantis, because students did not have any actual footage of him, according to a student who helped put it together.)

Abortion was another issue that came up in class at least once, according to Matthew Arne, a former student. Mr. Arne, who was a senior, said students talked among themselves about Mr. DeSantis expressing his strict belief that abortion was wrong. He said it troubled him when his girlfriend, who was in Mr. DeSantis’s history class, told him about what Mr. DeSantis had said. He had grown up in California, he said, and disagreed with Mr. DeSantis’s stance.

“He’s pretty much held fast to what he believes in,” Mr. Arne said. Ms. Minis added that he always seemed to have his eye on the future. “He seems like someone who, as a young person, was in it for the long game,” she said.

Several students described Mr. DeSantis as having an air of superiority.

“Mr. DeSantis was kind of a smug guy,” Mr. Arne said. Students were well aware that he had just graduated from Yale, he said. “It was like a, ‘I’m kind of better than you,’” he said. “And we were all just kids.”

Several students recalled that Mr. DeSantis was a frequent presence at parties with the seniors who lived in town. Most spoke about socializing with him on the condition of anonymity because they feared backlash for speaking publicly about it.