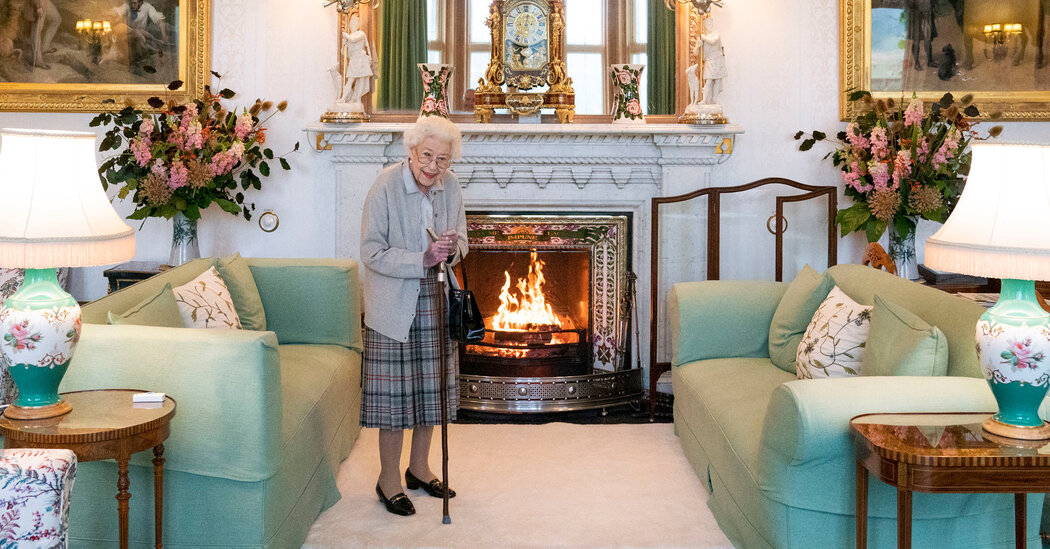 LONDON — Queen Elizabeth II’s health appeared to be deteriorating sharply on Thursday, with Buckingham Palace announcing that her doctors were “concerned” about her health as family members rushed to her side.

The queen, who is 96 and has reigned for 70 years, has been placed under medical supervision at Balmoral Castle, her estate in the Scottish Highlands, the palace said in a statement. On Wednesday evening, she abruptly canceled a virtual meeting with members of her Privy Council after her doctors advised her to rest.

“Following further evaluation this morning, the queen’s doctors are concerned for Her Majesty’s health and have recommended that she remain under medical supervision,” the palace said in a statement.

Prince Charles, the heir to the throne, and his wife, Camilla, traveled to be with the queen at Balmoral Castle, where Elizabeth spends much of her summer, his office said. His eldest son, Prince William, who is second in line to the throne, was also on his way to Scotland, as were the queen’s other sons, Andrew and Edward. Her daughter, Princess Anne, was already there.

The details of the queen’s medical condition are not known, though the palace has said in the past that she has problems with mobility. She recovered from a bout with Covid-19 in February, but said later that it had left her exhausted.

In a photograph released by the palace on Tuesday of her and Britain’s new prime minister, Liz Truss, the queen held a walking stick in her left hand.

The queen’s declining health has been a recurring cause of concern for the past few years, forcing her to cancel many public appearances, even solemn events like her annual commemoration of Britain’s wartime dead.

She has largely retreated to Windsor Castle, her country residence outside London, though this year she kept to her summer habit of decamping for Balmoral, a castle set amid Scotland’s craggy hills and sylvan dales.

During the Platinum Jubilee in June, marking her 70 years on the throne, a smiling monarch appeared on the balcony of Buckingham Palace to watch a parade and a Royal Air Force flyover in her honor. But she skipped most of the rest of the celebrations, including a gala concert held in Queen Victoria Square, in front of the palace.

As the queen has receded from public view, Charles, her heir, has taken on many of her public duties, including the state opening of Parliament and the conferring of knighthoods. She stopped traveling outside Britain several years ago.

In April 2021, the queen lost her husband of 73 years, Prince Philip, who died a few weeks before his 100th birthday. At Philip’s memorial service, she sat, masked and alone, in a choir stall at St. George’s chapel in Windsor Castle, a poignant symbol of the pandemic’s social distancing restrictions.

Even in her declining state, the queen has been a constant, revered figure in the public life of the country. During the depths of the pandemic, she addressed a socially isolated nation, assuring Britons, in the words of Vera Lynn’s beloved World War II-era song, that “we’ll meet again.”