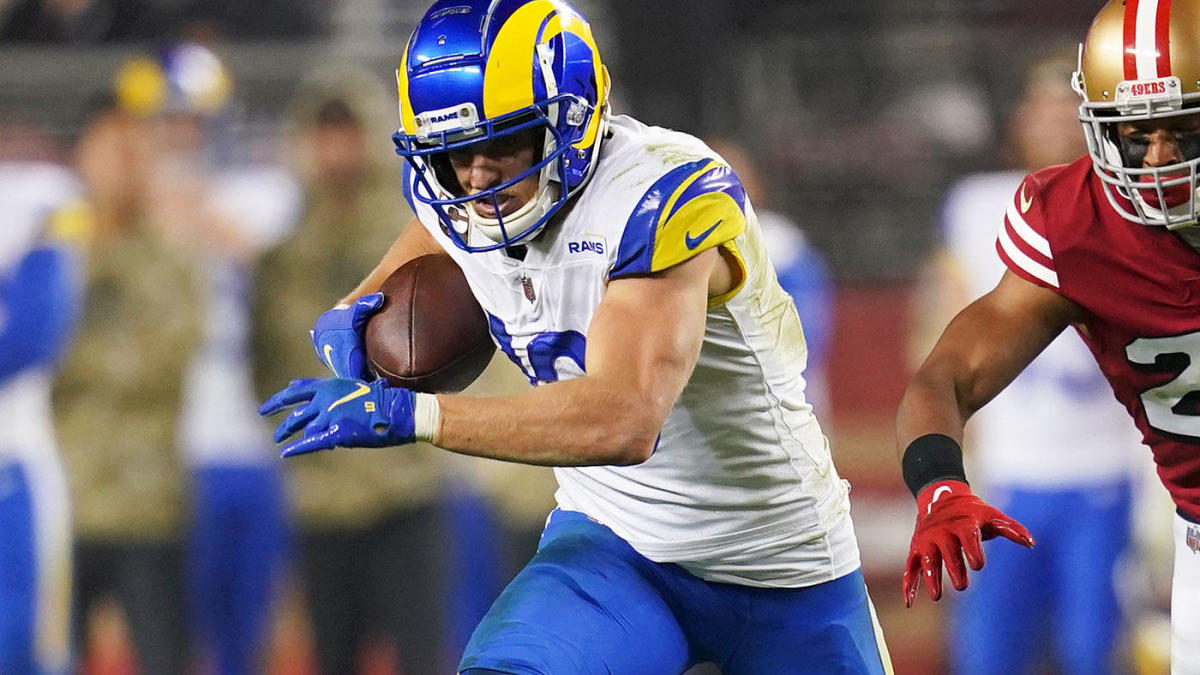 The NFL has not seen a team repeat as Super Bowl champion since the New England Patriots accomplished the feat in 2003-04. The Los Angeles Rams will hope to end that drought after defeating Cincinnati in Super Bowl LVI at SoFi Stadium in February. Los Angeles returns to that field for the first time since winning the championship when it hosts the Buffalo Bills on Thursday in the 2022 NFL Kickoff Game. Buffalo posted a 35-32 home victory in the most recent matchup between the teams in 2020 for its seventh win in their last nine meetings.

Kickoff from SoFi Stadium is set for 8:20 p.m. ET. Buffalo is a 2.5-point favorite in the latest Bills vs. Rams odds from Caesars Sportsbook, while the over/under for total points scored is 53. Before making any Rams vs. Bills picks, make sure to check out the expert NFL predictions and betting advice from SportsLine’s proven computer model.

The model, which simulates every NFL game 10,000 times, is up over $7,500 for $100 players on top-rated NFL picks since its inception. The model enters the 2022 NFL season on an incredible 138-97 run on top-rated NFL picks that dates back to the 2017 season. Amazingly, it hasn’t missed a top-rated pick since Week 15 last season.

The model also ranked in the top 10 on NFLPickWatch four of the past six years on straight-up NFL picks and beat more than 94 percent of CBS Sports Football Pick’em players four times during that span. Anyone who has followed it is way up.

Now, the model has simulated Bills vs. Rams in the NFL Kickoff Game 2022 10,000 times and just revealed its NFL expert picks and predictions. You can head to SportsLine now to see its picks. Here are several NFL odds and betting trends for Rams vs. Bills:

Why the Bills can cover

Buffalo was one of the highest-scoring teams in 2021, when it led the AFC and ranked third in the entire league with an average of 28.4 points. The club registered at least 26 points in 13 of its 17 regular-season games and both of its playoff contests, scoring 35 or more on seven occasions. It also was dominant in its victories, posting all 11 of its wins by at least 12 points.

The Bills were one of the best teams in the league on the other side of the ball as well, ranking first in total defense (272.8 yards) and scoring defense (17 points) while tying for third in takeaways (30). The unit got even stronger in the offseason with the addition of pass-rushing extraordinaire Von Miller, whose 115.5 sacks since he entered the NFL with Denver in 2011 are the most recorded in that span. The 33-year-old linebacker, who was the second overall pick in the 2011 NFL Draft, registered nine sacks in his final eight games with the Rams last year.

Why the Rams can cover

Los Angeles lost active sacks leader Von Miller to Buffalo during the offseason, but it still has arguably the best defensive lineman in the league in Aaron Donald. The 31-year-old is a three-time NFL Defensive Player of the Year and has recorded 98 sacks since entering the league in 2014, the most by any player in that span. Donald is looking to join Reggie White (14) and Derrick Thomas (10) as the only players in NFL history to notch at least eight sacks in each of their first nine seasons.

The Rams are hoping the addition of linebacker Bobby Wagner can help offset the loss of Miller. The 32-year-old Wagner recorded a career-high 170 tackles for Seattle last season and has made 1,383 since making his NFL debut in 2012, the fifth-most in league history since the statistic began being recorded in 1994. Wagner joins a group of linebackers that includes Leonard Floyd, who has notched 20 sacks over his first two years with Los Angeles after registering 18.5 in four seasons with Chicago.

How to make Rams vs. Bills picks

SportsLine’s model is leaning Under on the total, projecting the teams to combine for 48 points. It also says one side of the spread has all the value. Head to SportsLine to see its NFL picks.

So who wins Bills vs. Rams in the NFL Kickoff Game 2022? And which side of the spread has all the value? Visit SportsLine now to see the Bills vs. Rams picks, all from the model that has returned over $7,500 on top-rated NFL picks, and find out.