Reports: Twitter set to lay off roughly half its staff 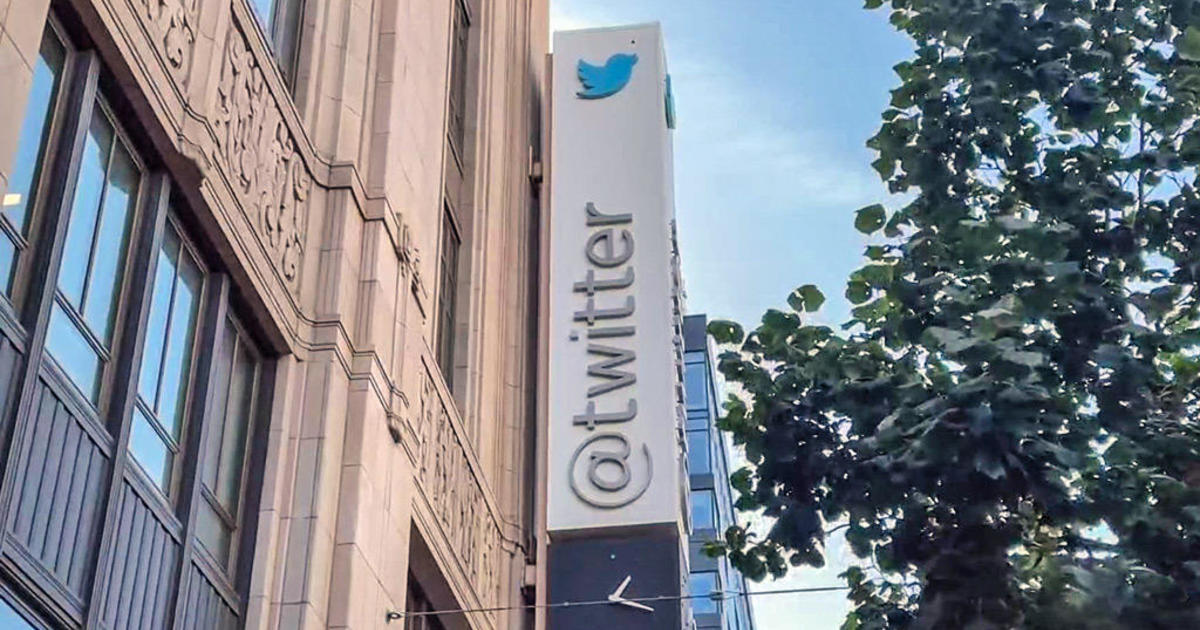 Twitter is about to start laying off employees, as its new billionaire owner Elon Musk moves quickly after his big takeover to make the messaging platform financially sound.

A company-wide email seen by Agence-France Presse says Twitter employees will receive word on their fate via email at the start of business Friday, California time.

It doesn’t give a number but The Washington Post, New York Times and Bloomberg News, among others, reported that about half of Twitter’s 7,500 employees will be let go.

“In an effort to place Twitter on a healthy path, we will go through the difficult process of reducing our global work force,” the email said.

Twitter employees have been bracing for this kind of bad news since Musk completed his mammoth $44 billion acquisition late last week and quickly set about dissolving its board and firing its chief executive and top managers.

Musk overpaid for Twitter by about $20 billion, according to Wedbush analyst Dan Ives, who told CBS MoneyWatch he believed that would force the billionaire to cut between 30% to 50% of the company’s employees. In its most recent quarter, Twitter lost $270 million and its revenue slipped as advertising growth slowed.

“By overpaying for Twitter by roughly $20 billion, there is a lot of wood to chop for Musk to try to make back his money for himself as well as his investors,” Ives said.

A workplace and employee review and other projects ordered by Musk were said to be so exhaustive and grueling that some engineers slept at Twitter headquarters over the weekend.

The email sent Thursday told workers to go home and not report for work on Friday.

“Our offices will be temporarily closed and all badge access will be suspended,” the email said. Those on the way to the office should turn around and return home.”

The email acknowledged that Twitter is going through “an incredibly challenging experience.”

“We recognize that this will impact a number of individuals who have made valuable contributions to Twitter, but this action is unfortunately necessary to ensure the company’s success moving forward,” it added.

The company will also require employees it keeps to return to the office, according to multiple reports.

Nearby business owners aren’t happy to learn many at Twitter will be losing their jobs, but they hope the return to the office of other workers will give them a boost, CBS Bay Area reports.

Katherine Chiao, the general manager of Kagawa-Ya, is uneasy about one of the changes, but hopes another will be good for her restaurant.

“It’s not great that they are laying people off – I would never want anyone to lose their job,” she said. “However, if they’re going to do some management changes and require people to come back to work – even part time – that’s great. Come have lunch with us.”

Musk is also looking for ways for Twitter to boost revenue — and fast.

His most recent idea was to charge $8 a month to anyone on Twitter who would receive a blue “verified” badge assuring the public that the account is authentic.

A news report this week said Musk wanted to charge $20 a month but faced a backlash, including from bestselling novelist Stephen King, who tweeted: “$20 a month to keep my blue check?” It was followed by an expletive.

Musk responded on Twitter, seemingly bargaining with King: “we need to pay the bills somehow! Twitter cannot rely entirely on advertisers. How about $8?”

Musk has said he wants to increase Twitter’s revenue from $5 billion last year to more than $26 billion in 2028.

Top global companies, including General Mills and Volkswagen, suspended their advertising on Twitter on Thursday as pressure builds on Musk to turn his platform into a succesful business.

Officials and civil rights groups have expressed worry that Musk will open the site to uncontrolled hate speech and misinformation as well as reinstate banned accounts, including that of former President Donald Trump.

Advertisers are Twitter’s main source of revenue and Musk has tried to calm the nerves by reassuring that the site would not become a “free-for-all hellscape”.