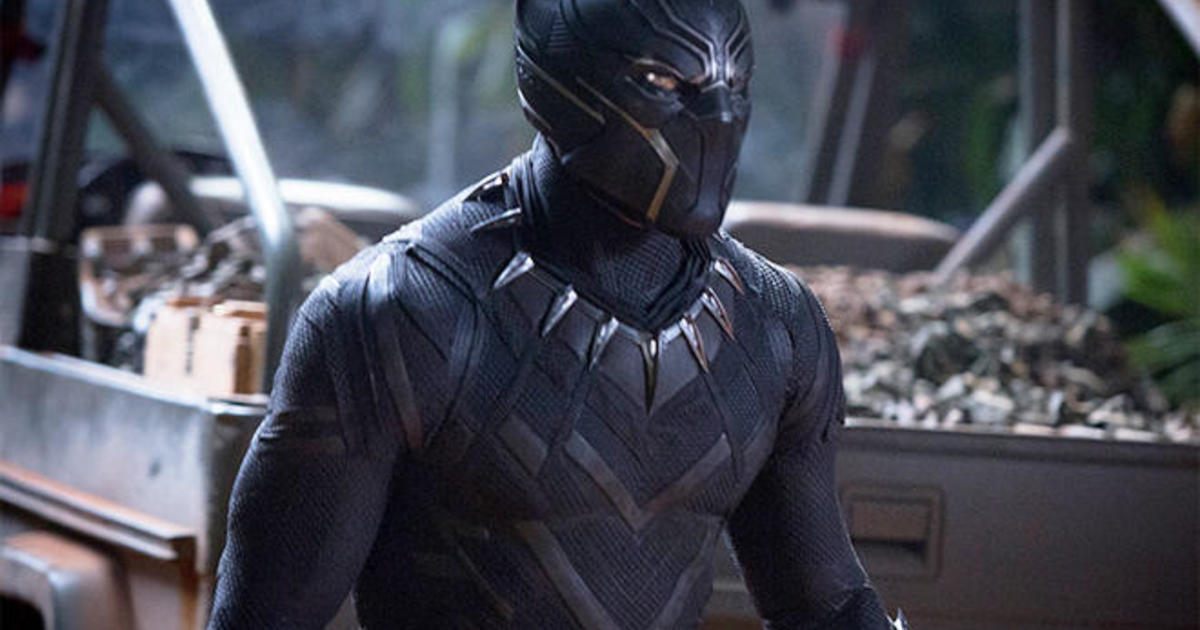 Critic David Edelstein says the new movie, featuring a black superhero and “crazy-tough women,” is a nice departure from the Marvel blueprint:

Maybe you’re about to line up, maybe you’re in line for “Black Panther.” Good news — it’s worth the wait!

I mean, Marvel superhero movies are more alike than un-alike, and this one has a few sub-par computer effects. But look, it’s a nearly all-black superhero movie from a black director, Ryan Coogler, that’s going to make a billion dollars. It’s a momentous event in pop culture history.

It’s mostly set in the African nation of Wakanda, which isn’t real but looks on the surface like one of those countries our president doesn’t want immigrants from. Once you get under the canopy of trees, though, its hidden capital is both ancient and futuristic, fueled by a vast supply of the super-metal Vibranium, which Wakandans have protected for millennia.

Vibranium is what turns Chadwick Boseman’s King T’Challa into the Black Panther — his spirit animal, basically.

The villain he’s up against is a charismatic radical named Erik Killmonger, played by Michael B. Jordan, who starred in Coogler’s “Fruitvale Station” and “Creed.” Killmonger wants Vibranium to power nothing less than a full-scale race war. He’s crazy! But as a street kid with a chip on his shoulder, he’s more dramatically compelling than the regal, conscientious T’Challa — which is one way “Black Panther” is edgier than its predecessors.

Also, it’s got crazy-tough women, a nice departure for Marvel, which is basically a boys’ universe.

His most impressive female ally is Danai Gurira’s tall, bald General Okoye, who has samurai-like genius with a long spear.

The scenery, costumes, color scheme: gorgeous, with roots in both pop sci-fi and African folklore. Call it Afro-futurism!  The performances rock. The soundtrack is already at the top of the charts.

Once the dust settles, though, I expect there’ll be discussions — maybe even heated — about why “Black Panther”‘s principal conflict is within the black community instead of against larger racial injustice.

I say: Patience. King T’Challa is new at this. He has to get his own house in order.

But Killmonger has forced him out of isolation and into the real world. He’s going to face bigger, badder things — and I don’t just mean alien death beams. Plenty of superheroes can handle them. “Black Panther” is Marvel’s chance to be both fantastic and real.

To watch a trailer for “Black Panther” click on the player below.