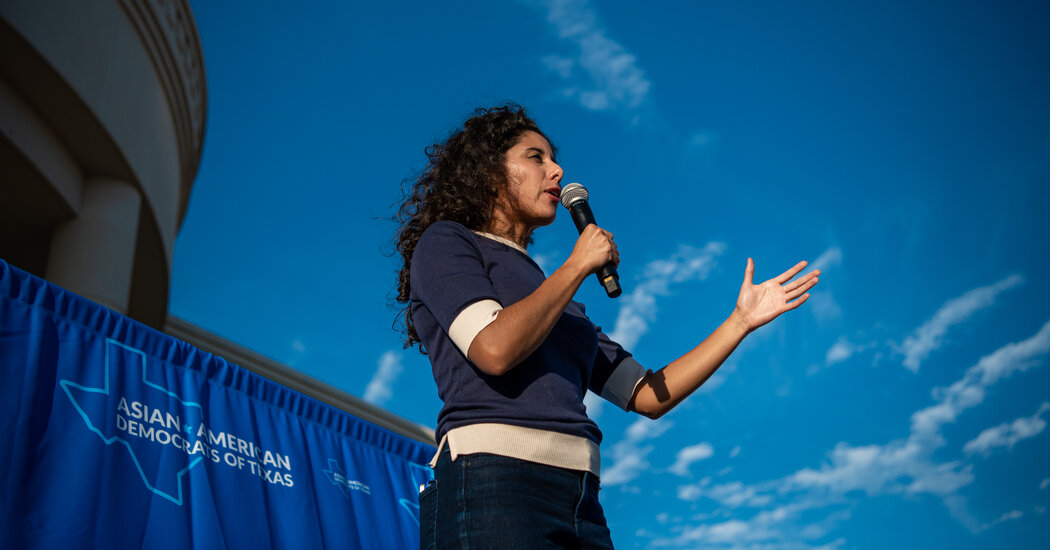 HOUSTON — Lina Hidalgo, the progressive Democrat who leads Texas’s largest county, which includes Houston, narrowly won re-election despite a well-funded effort by a Republican first-time candidate who made crime a centerpiece of her campaign, according to The Associated Press.

The race was close enough that a result did not come until Thursday.

Ms. Hidalgo came to power in Harris County in 2018 on a wave of Democratic anger at former President Donald J. Trump and a flood of enthusiasm for Beto O’Rourke’s first statewide campaign. Her upset victory that year was jarring to Republicans who had long held sway in the county.

Republican Party donors in Houston and around Texas strongly backed her challenger this year, Alexandra del Moral Mealer, after she won a hard-fought primary, helping Ms. Mealer outraise Ms. Hidalgo and funding outside political action committees that amplified Ms. Mealer’s message of concern about crime and anger over changes to the bail system.

Ms. Hidalgo governed as a progressive in a Texas county that has only relatively recently become a reliable Democratic stronghold.

But she struggled with accusations of corruption within her administration. Some of her top aides were indicted on charges related to a county contract for pandemic community outreach. Ms. Hidalgo, who refused to take political contributions from county vendors, was never accused of wrongdoing and dismissed the indictments as politically motivated. Still, the news tarnished her reputation and became a Republican talking point in the campaign.

Ms. Mealer, 38, an Army veteran who moved to Houston from California and worked in finance for the energy industry, vowed to hire 1,000 more county law enforcement officers and secured the endorsement of The Houston Chronicle.

But Ms. Hidalgo, a 31-year-old who immigrated with her parents from Colombia, had the backing of popular Houston elected officials, including Representative Sheila Jackson Lee, a Democrat, as well as activist groups that organized on the ground for her.

And she could point to a record as county judge of dealing with multiple serious emergencies, including floods, the pandemic and the 2021 winter power grid failure, in the third largest county in the United States.