Sanford Health, Fairview Health to merge in $14B deal 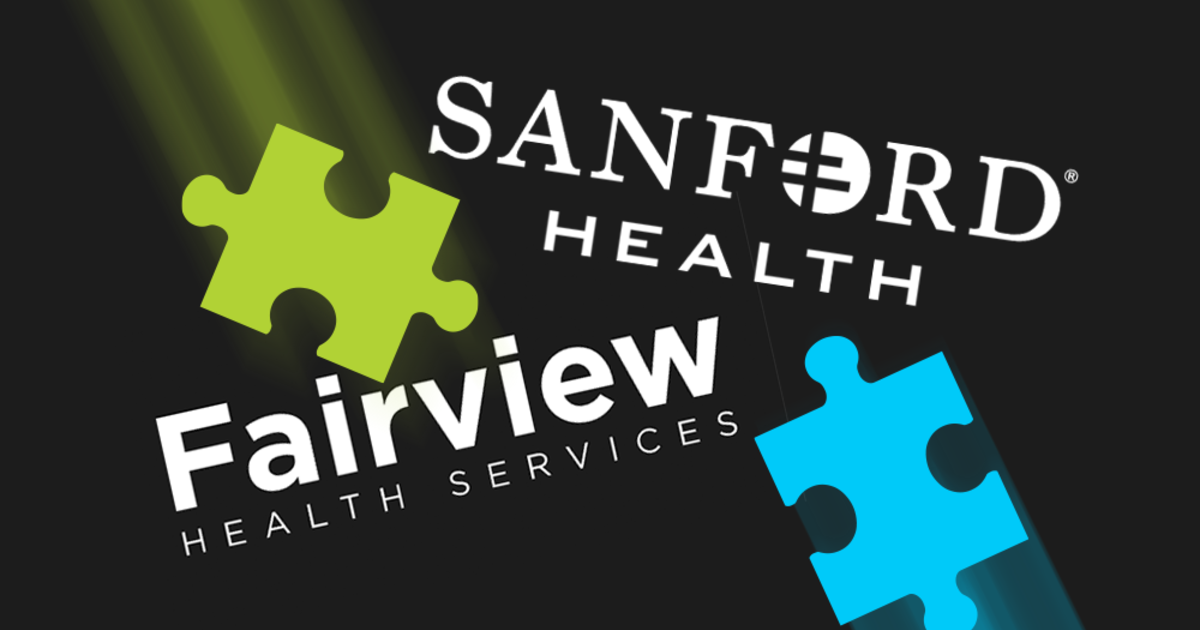 Health system executives often pledge that mergers allow them to reduce costs related to purchasing and administrative expenses. But this transaction was spurred by “economies of innovation,” Hereford said.

“It’s not about finding economies of scale in the form of fewer people. Our problem is we can’t find enough people,” Hereford said. “What we have to be able to do is challenge our conventions about how…we deliver care and those care models, how we support caregivers, so we can continue to provide excellent care.”

The deal would also bring expertise to rural areas in the form of intensive care physicians and hospitalists, in addition to virtual services, the companies contend. Gassen said he hopes to maximize the benefits of last year’s $350 million donation from billionaire banker Denny Sanford—the company’s namesake—to launch a virtual care center serving the Midwest.

There are limited data on the effects of mergers between hospitals in different states. The Federal Trade Commission is often hesitant to challenge cross-market mergers because federal antitrust law focuses on in-state hospital mergers.

One of the few studies on the subject found that hospitals in separate service areas may be able to negotiate higher rates with insurers because of common customer bases, particularly large employers with presences in more than one region, according to researchers from Northwestern, Harvard and Columbia universities who published their findings in 2018.

Another analysis of hospital merger data from 2000-2010 by the RAND Corp. and Bates White Economic Consulting researchers found that the prices charged by hospitals acquired by health systems in another market increased 17% more than non-acquired hospitals in those areas.

Fairview Health’s commercial inpatient and outpatient prices in Minnesota were 263% of Medicare rates for the same services, below the state average of 297%, in 2020, according to RAND data. Although the research firm adjusted the data for patient acuity and labor costs, hospitals argue that the conclusions are incomplete and misleading.

Sanford Health’s commercial prices in South Dakota were 191% of Medicare in 2020, below the state average of 218%.

In 2020, Sanford Health planned to merge with Salt Lake City-based Intermountain Health to create a 70-hospital system with $15 billion in annual revenue. But that deal collapsed after Sanford’s then-CEO, Kelby Krabbenhoft, said he didn’t need to wear a mask because he couldn’t transmit COVID-19 after contracting the virus.

Sanford Health proposed to merge with Des Moines, Iowa-based UnityPoint Health in 2019, but scuttled the transaction after UnityPoint backed off.

Caroline Hudson contributed to this story.