Schmidt to be honored for achievement in computer technology, music 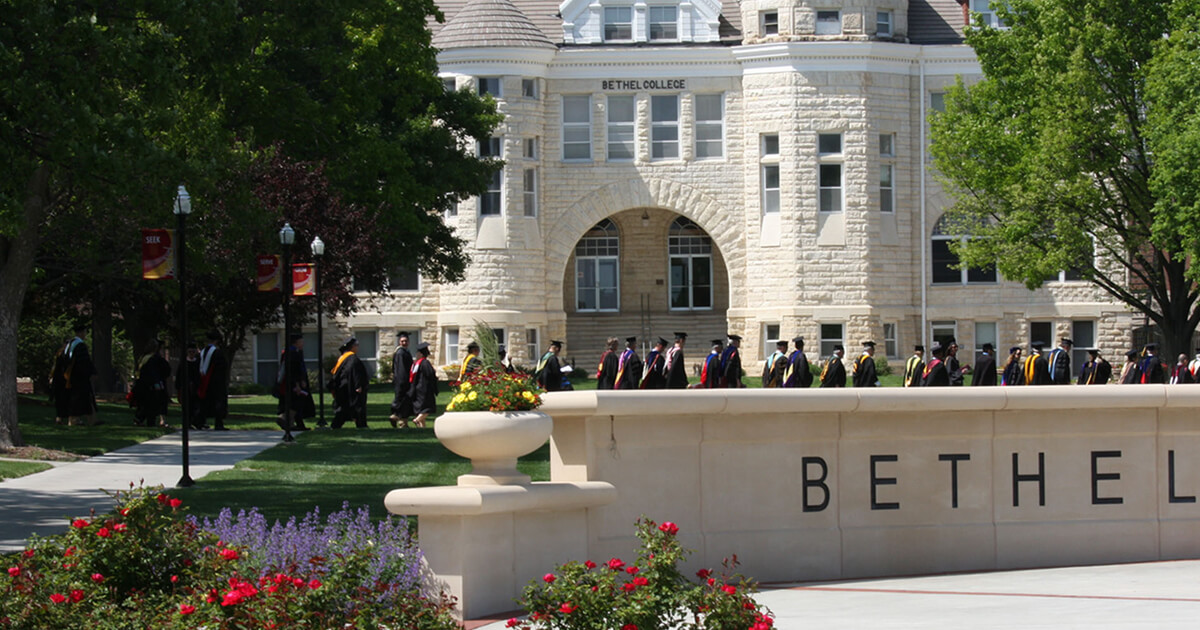 William “Bill” Schmidt, of Wichita, is the 2022 recipient of Bethel College’s Distinguished Achievement Award, which acknowledges character and citizenship, achievement in a chosen profession or vocation, and work of benefit to humanity.

You might say Schmidt works as a translator – only the “languages” he’s translating are “human” and “computer.”

The award will be presented at the Alumni Banquet Oct. 9 as part of Bethel’s annual Fall Festival.

Schmidt is the principal compiler engineer for Intel Corporation’s development software engineering group, a position he took earlier this year after working for IBM for 29 years.

For most of those years, he and his family (spouse and “college sweetheart” Lori Voran and daughters Rebecca and Rochelle) lived in Rochester, Minn.

In 2021, Bill and Lori moved to Wichita to be closer to aging parents.

Bill grew up in North Newton as a “campus kid.” “Anyone with much history at Bethel probably knows my parents, Hartzel and Ilene Schmidt,” he says.

“Mom personally ran the college from her fiefdom in front of Harold Schultz – at least, that was the rumor among many students and faculty. Actually, she was ‘just’ his very efficient secretary, who guarded the entrance to the inner sanctum. She served in the same capacity for several other presidents after Dr. Schultz moved on.”

Bill Schmidt identifies with the Bethel Class of 1982, although it took him until 1984 to finish his coursework, when he completed a B.A. with a double major in mathematics and music.

“Throughout my time at Bethel, I dithered between being a music major and being a mathematics/computer science major,” he says, “until I ended up with almost enough credits for both but not quite enough for either.”

He and Lori got married in 1982, and Bill began working full-time for Kansas Gas & Electric as a COBOL programmer while taking one class per semester to finish his bachelor’s degree.

After a few years of programming work, he decided to return to school for his doctorate. He was awarded a National Science Foundation Fellowship, and attended Iowa State University, Ames.

“Professor Arnold Wedel was extremely pleased that I selected his alma mater,” Schmidt says. “I received my M.S. in 1991 and Ph.D. in 1992 [both in computer science] and went to work at IBM in Rochester.”

Schmidt was a voice major at Bethel, and after moving to Rochester, he began “re-engaging in some musical activities.”

He sang with the Choral Arts Ensemble of Rochester, a 40-voice select choir, and the Rochester Aria Group, which put on recitals of opera excerpts, and also served on the boards of both organizations.

“One highlight of my amateur musical ‘career’ was being asked to come back to Bethel some years ago to sing the baritone solos in Orff’s Carmina Burana for the annual Masterworks concert with the Newton Mid-Kansas Symphony Orchestra. That was a tremendous pleasure I will never forget.”

Schmidt was also a member of the board of the Rochester Duplicate Bridge Club. “I enjoyed playing competitive duplicate bridge for many years,” he says, “though I have to admit my severe limitations.

“This is another skill that was born at Bethel, playing with Arnold Wedel, Richard Rempel and some other students in Arnold’s office over the occasional lunch hour.”

Working at IBM, Schmidt held a variety of positions, most recently senior technical staff member and toolchain architect for Linux on Power. Then, after almost 30 years, he “felt a need for a change of scene” and joined Intel.

“If you have a computer running Windows, chances are there are applications on your computer that were developed using these compilers,” he says.

“People use high-level languages like Java, C++, Python, Fortran, SYCL and so forth to express what they want computers to do. But computers only understand encodings of binary digits – zeros and ones. The compiler is responsible for making the conversion from high-level concepts to low-level machine instructions.

“An ‘optimizing compiler’ attempts to make the translated program as efficient as possible according to some chosen metric or metrics, usually one of speed, size and power consumption.

“What I love about the field is that the problems we solve are always challenging and require creative thought to meet all the constraints.”

Starting in 1992 at IBM, Schmidt  has worked on compilers for his entire career, both proprietary and open-source compilers.

He has contributed to 85 issued patents, mostly in the area of compiler optimization, and was named an IBM Master Inventor. He served on the Core Technology Invention Review Board for many years.

Since 2006, Schmidt has been a member of Bethel’s STEM Advisory Council. In 2020, he began serving on a small committee to help design Bethel’s new Software Development major.

He co-taught an independent study course with John Thiesen in January 2020, although, he says, “that mostly reminded me how much work teaching is and how grateful I am to people who are good at it.”

Bill and Lori Schmidt’s two daughters, Becky and Rochelle, live in St. Paul, Minn., where Becky is a customer relations coordinator for Kansas City-based Examinetics, as well as a part-time paramedic and fitness trainer, and Rochelle is a mortgage fraud investigator for Wells Fargo.

Bill continues to work remotely for Intel, while Lori is retired as medical administrative support staff, first at Mayo Clinic and later at Wesley Medical Center in Wichita, but keeps busy as a volunteer for the American Red Cross.

Bethel is a four-year liberal arts college founded in 1887 and is the oldest Mennonite college in North America. Known for academic excellence, Bethel ranks at #14 in the Washington Monthly list of “Best Bachelor’s Colleges” for 2022-23. Bethel is the only Kansas college or university to be named a Truth, Racial Healing and Transformation (TRHT) Campus Center. For more information, see www.bethelks.edu

What millennials want from healthcare workplaces