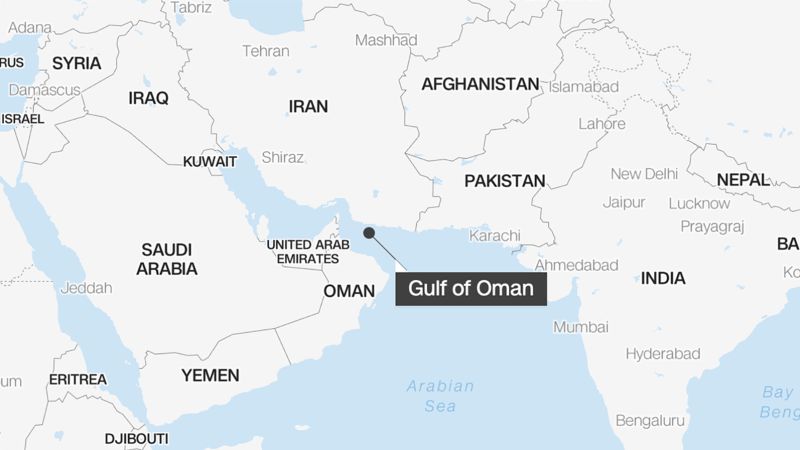 A self-destructing drone attacked an oil tanker in the Gulf of Oman on Monday evening, according to a US military official, but did not cause major damage.

The drone, also known as a “one-way unmanned aerial vehicle (UAV)”, did not disable the ship or interrupt its journey, the official said.

The ship suffered minor damage in the incident, which occurred 150 miles off the coast of Oman, but there were no reports of injuries or oil leaks, its operating company Eastern Pacific Shipping said Wednesday.

“We are in communication with the vessel and there is no reports of injuries or pollution. All crew are safe and accounted for,” the company said. “There is some minor damage to the vessel’s hull but no spillage of cargo or water ingress.”

Marine Traffic showed the last known position for the tanker off the coast of Oman near Liwa on Monday.

Though there has been no attribution for the strike, the weapon and the target fit the pattern of attacks linked to Iran in the past.

On July 30, 2021, an armed drone attacked a cargo ship named Mercer Street off the coast of Oman, killing two. The ship was associated with an Israeli billionaire.

Iran has also sent its self-destructing drone to Russia for use in the war in Ukraine, underscoring the extent to which Iran has developed its attack drone technology.