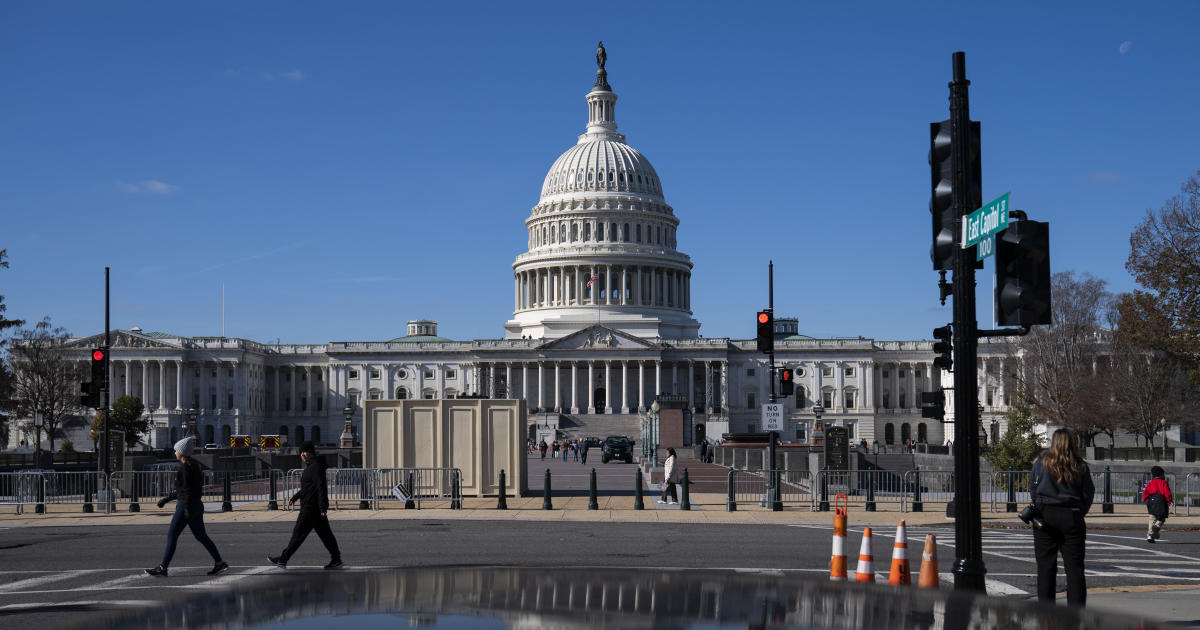 Washington — The Senate on Wednesday advanced legislation that would provide federal protections for same-sex and interracial marriages, endorsing the measure in a bipartisan vote that moves it closer to becoming law.

The 62 to 37 vote was a crucial test of support for the bill, called the Respect for Marriage Act. With the backing of 12 Republican members, the Senate easily cleared the 60-vote procedural hurdle needed to move the legislation forward. Drafters of the plan were optimistic it would garner enough backing from the GOP after a bipartisan group of senators made changes to the bill to protect religious liberty.

The Republicans who voted to advance the bill are:

Shortly after the five senators involved in negotiations over the legislation unveiled their amendment Monday, Senate Majority Leader Chuck Schumer moved to set up Wednesday’s procedural vote. Clearing the 60-vote threshold allows debate to start on the measure and puts the legislation closer to final passage.

“Today, the Senate is taking a truly bold step forward in the march toward greater justice, greater equality, by advancing the Respect for Marriage Act,” Schumer said in a speech from the Senate floor before the vote. “It’s a simple, narrowly tailored but exceedingly important piece of legislation that will do so much good for so many Americans. It will make our country a better, fairer place to live.”

Ohio Sen. Rob Portman, a Republican who was among the group of Senate negotiators, highlighted the broad public support for same-sex marriage and noted that for most Americans, marriage equality is a settled question.

“We’ve shown here through this legislation that these rights can coexist, religious freedom on the one hand, LGBTQ on the other hand,” Portman said. “It is my hope that with the changes we’ve talked about today and we’ve all now agreed to, we can pass this legislation with the same kind of overwhelming bipartisan majority we saw in the Houses of Representatives and therefore settle this issue once and for all.”

The Respect for Marriage Act repeals the Clinton-era Defense of Marriage Act and safeguards same-sex and interracial marriage by requiring the recognition of valid marriages regardless of “sex, race, ethnicity or national origin.”

Introduced after the Supreme Court overturned Roe v. Wade — and amid concerns from Democrats that a concurring opinion from Justice Clarence Thomas left decisions from the high court protecting the right to same-sex marriage under threat — the bill easily cleared the House in July with support from 47 Republicans. Though several GOP senators initially expressed support for the plan, Schumer agreed to postpone a vote on the legislation until after the midterm elections after some Republicans worried it would endanger religious freedom.

To assuage their concerns, the amendment ensures nonprofit religious organizations will not be required to provide services, facilities or goods for the celebration of a same-sex marriage, and protects religious liberty and conscience protections available under the Constitution and federal law, including the Religious Freedom Restoration Act. It also makes clear the bill does not authorize the federal government to recognize polygamous marriage and safeguards any benefit or status — such as tax-exemptions, grants, contracts or educational funding — of an entity so long as it does not arise from a marriage.

The amendment “recognizes the importance of marriage, acknowledges that diverse beliefs and the people who hold them are due respect, and affirms that couples, including same-sex and interracial couples, deserve the dignity, stability and ongoing protection of marriage,” according to the bipartisan group.

With the amendment, the bill will have to be taken up by the House once again before going to President Biden’s desk for his signature. The White House urged passage of the measure.

“The right to marriage confers vital legal protections, dignity, and full participation in our society,” the White House budget office said in a statement of administration policy. “No person should face discrimination because of who they are or whom they love, and every married couple in the United States deserves the security of knowing that their marriage will be defended and respected.”

Ahead of the procedural vote, the Church of Jesus Christ of Latter-day Saints also came out in support of the revised bill with the religious liberty protections.

“We believe this approach is the way forward,” the Mormon church said in a statement. “As we work together to preserve the principles and practices of religious freedom together with the rights of LGBTQ individuals, much can be accomplished to heal relationships and foster greater understanding.”