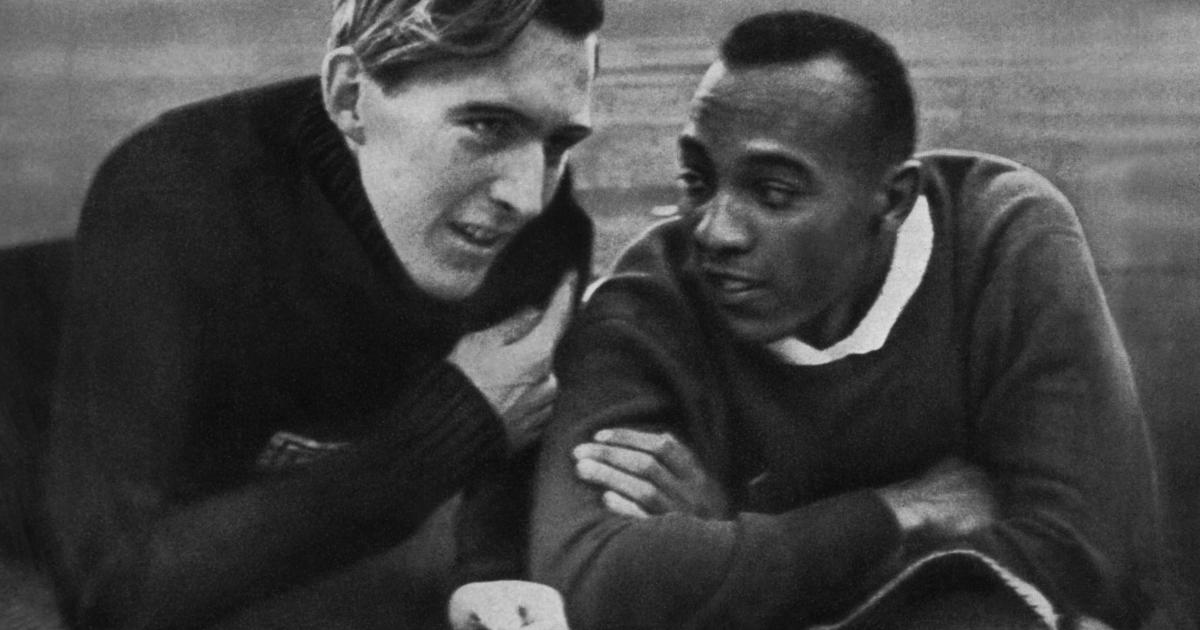 The silver medal captured by Luz Long, the German long jumper who befriended Jesse Owens at the 1936 Olympics in Berlin, sold at auction for more than $488,000, a sum the auction house said was a record price for a publicly sold second-place prize.

Long walked arm in arm through the stadium with Owens to celebrate their victories while Adolf Hitler watched from the stands. The family of the long jumper, who was killed in World War II, decided to auction the medal and other collectables. The auction house labeled the Luz collection as the “Beacon of Hope.”

“These world-record results showcase the amazing story of Luz Long, the most Courageous Olympian,” said David Kohler, the president of SCP Auctions.

“Symbolizing the essence of sportsmanship in every sense of the word, it stands as one of the most important, if not the most inspiring, Olympic artifacts ever offered,” the auction house wrote.

Long cemented himself in Olympic lore during the Berlin Games when he was the first to congratulate Owens on his triumph in the long jump. Later they walked around the stadium together and posed for pictures.

There’s also the story Owens told of Long approaching him after he fouled on his first two attempts in the preliminary round. With only one more try to make the final, Owens said Long suggested he take off a foot in front of the board, to assure he wouldn’t foul on his last try.

“Why don’t you draw a line a few inches in back of the board and aim at making your take-off from there,” Luz advised, per CBSSports.com. “You’ll be sure not to foul, and you certainly ought to jump far enough to qualify. What does it matter if you’re not first in the trials?”

Owens took that advice and went on to win the title with a then-Olympic record jump of 8.06 meters.

Owens was Black, and his stirring success at those Olympics was said to have annoyed Hitler by puncturing the Nazi myth of Aryan racial superiority.

“It took a lot of courage for him to befriend me,” Owens said years later. “You can melt down all the medals and cups I have and they wouldn’t be a plating on the 24-karat friendship I felt for Luz Long at that moment. Hitler must have gone crazy watching us embrace.”

Owens made history at Berlin, becoming the first U.S. track and field athlete to win four gold medals in a single Olympics, CBSSports.com noted . He medaled in the long jump, the 100- and 200-meter dashes, and the 4×100-meter relay.