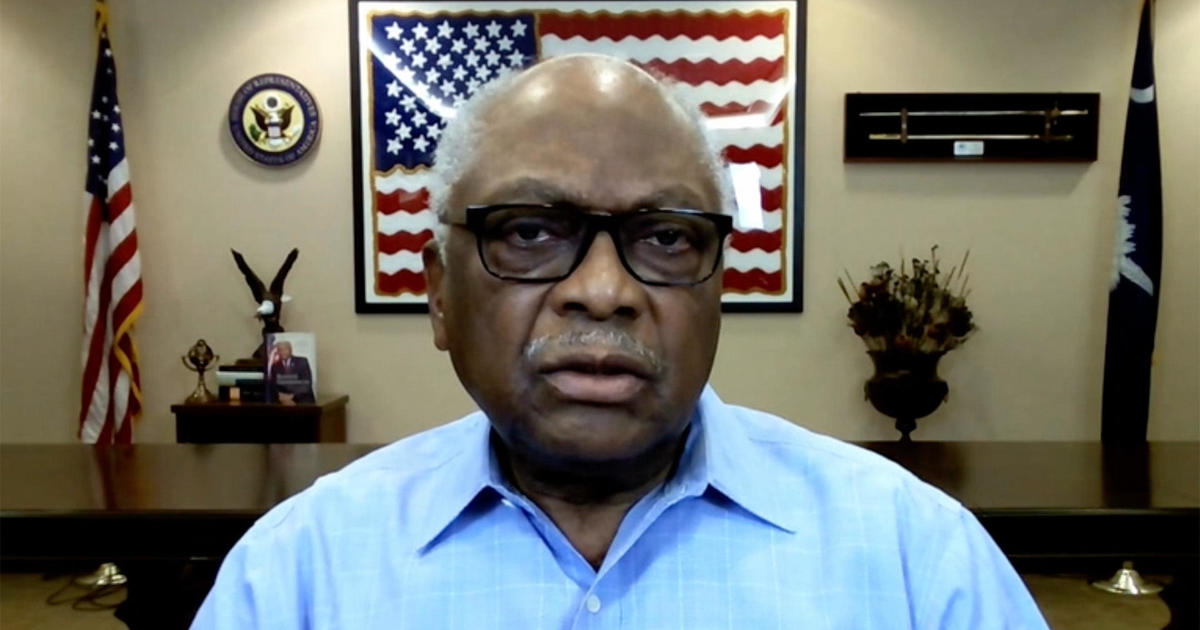 Congressman James Clyburn of South Carolina, the assistant Democratic leader and a top ally of the Biden White House, told CBS News in an interview Wednesday that he is convinced President Biden will seek reelection even though the president has not yet formally announced another run.

“Yes, I am,” Clyburn said when asked if he is convinced that Biden will seek the 2024 Democratic presidential nomination.

Clyburn said he speaks regularly with Mr. Biden, and Clyburn said he has encouraged the president  to “announce for reelection” since he believes Mr. Biden has passed “more progressive legislation than any president since Lyndon Baines Johnson.”

Clyburn’s comments come as Democrats nationally continue to wait for Mr. Biden to jump into the 2024 presidential race, which already includes former President Donald Trump, who announced his bid in November.

“In time,” Mr. Biden said earlier this month when asked about when he will announce his decision.

Speaking last year with “60 Minutes,” Mr. Biden said, “I’m a great respecter of fate. And so, what I’m doing is – I’m doing my job. I’m going to do that job. And within the timeframe that makes sense after this next election cycle here, going into next year, make a judgment on what to do.”

“Look, my intention as I said to begin with is that I would run again,” the president added in the interview with Scott Pelley. “But it’s just an intention. But is it a firm decision that I run again? That remains to be seen.”

Clyburn predicted Wednesday that Mr. Biden would not likely face a challenger in the 2024 Democratic presidential primary race and warned Democrats who might be considering bids to resist any call to challenge the president.

“I don’t think he will, and I don’t think he should,” Clyburn said of a potential challenge to Mr. Biden in the Democratic primary. “The history is very clear on what happens when you challenge a sitting president like this.”

In December, Mr. Biden proposed a new order for the 2024 Democratic presidential nominating calendar which puts South Carolina, the state that lifted his successful 2020 bid, first in the nation. It would pull New Hampshire’s first presidential primary status for the first time in more than a century. Clyburn told CBS News he did not have anything to do with the proposal to move South Carolina to the front of the line.

In the wide-ranging interview with CBS News, Clyburn also addressed some of the most pressing matters and controversies facing the new House under a Republican majority.

The longtime Congressman from South Carolina said he believes embattled Republican Rep. George Santos of New York should resign from office. He also signaled Democrats would work with Republicans to take legislative action against Santos, be it strip him from committees or expel him from the House. Clyburn said he would like to see at least five Republicans start the discharge petition.

“I believe that what we ought to do as Democrats is join with whatever Republicans that may exist that want to do something about this, so if a Republican puts up a discharge petition, I’ll certainly sign it,” Clyburn said.

Democrats currently hold 212 seats in the House, and 218 signatures are needed for a discharge petition. Clyburn said he would not encourage Democrats to initially put forward the petition since he believes Republicans should begin that process.

“This is their colleague, and they ought to initiate the action,” the congressman said. Clyburn said that Republicans alone could take action against Santos, noting that they gave him committee assignments and could take those away.

On the looming debt ceiling battle facing Congress, Clyburn said he believes Democrats and a small group of Republicans might need to eventually work together to address the debt limit. Steps to keep the U.S. paying its bills and avoid default could run out as soon as June after the U.S. hits the debt limit January 19.

“Yes, I do,” Clyburn said when asked if he believes the debt limit at the end of the day would be addressed by Democrats working with a small group of Republicans. “That’s nothing unusual.”

“We cannot afford to threaten the full faith and credit of the United States of America,” Clyburn said. “That to me would be the worst possible scenario for any Speaker of the House to start his or her tenure.”

As some Republicans call for spending cuts to be part of any debt-limit agreement, Clyburn said he believes in negotiating and compromise, but he said Democrats would not agree to anything that would jeopardize Medicare, Social Security, or U.S. security.

He signaled there are other areas where lawmakers can talk about spending cuts.

Clyburn also addressed the discovery of classified documents at Mr. Biden’s Wilmington home and his office at the Penn-Biden Center in Washington, D.C. from his time as vice president.

“Stay out of the way. And if any other documents are discovered, do what he’s done before, immediately turn them over,” Clyburn said.