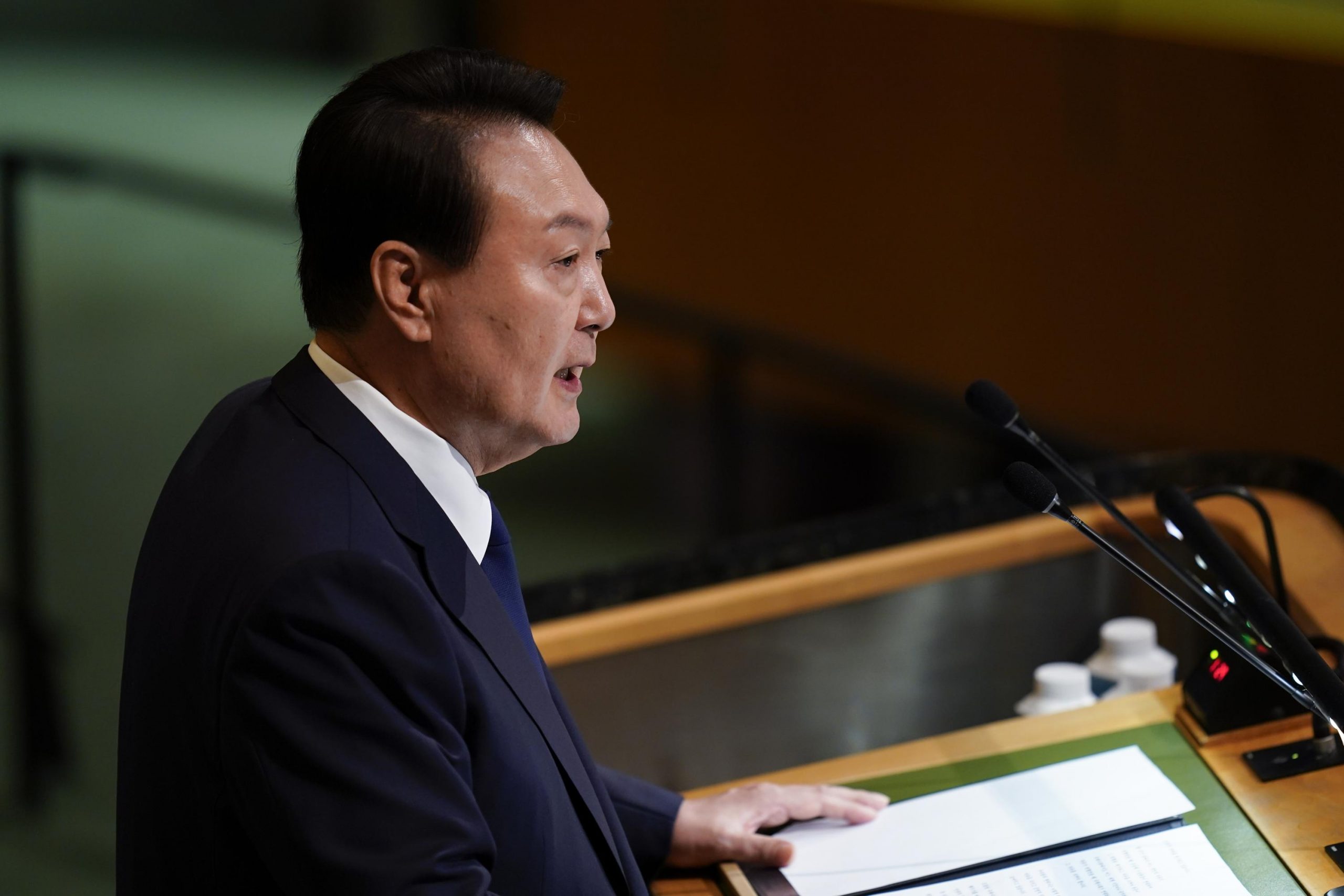 “In the era of digital sophistication, one of the most urgent tasks for the global community and the U.N. is promoting global cooperation to narrow the digital divide which exacerbates polarization between nations,” Yoon told leaders gathered in New York Tuesday for the U.N. General Assembly.

Yoon said his country will continue to widely share its advanced digital technology and data, “and spare no effort in providing support and in investing in education.”

He also noted that South Korea has helped accelerate research and development for COVID-19 therapeutics and vaccines by pledging $300 million toward the ACT-A, a global initiative that pools together resources from governments, health organizations, scientists, businesses and philanthropists to counteract the pandemic. At the same time, the country is increasing its contribution to the Global Fund to fight against infectious diseases including AIDS, tuberculosis and malaria.

Yoon, who was elected earlier this year, acknowledged on Tuesday the threat to humanity posed by nuclear weapons and other weapons of mass destruction but made no mention of the threat on South Korea’s own doorstep — North Korea. Last month, after the North had test-fired two suspected cruise missiles, Yoon said that his government had no plans to pursue its own nuclear deterrent, instead calling for more diplomacy.

Yoon closed his speech Tuesday by pointing out that the first mission of the U.N. after its founding in 1945 was to approve South Korea “as the sole legitimate government on the Korean Peninsula” and to also help defend the country against the North during the Korean War by sending in U.N. forces.

“Thanks to such efforts by the United Nations, Korea was able to become what it is today,” he said, invoking his nation’s formal name: “As such, the Republic of Korea will protect and expand the freedom of global citizens; and together with the United Nations, we will fulfill our responsibilities to promote peace and prosperity around the world.”

Pia Sarkar, a Philadelphia-based journalist for The Associated Press, is on assignment covering the U.N. General Assembly. Follow her on Twitter at