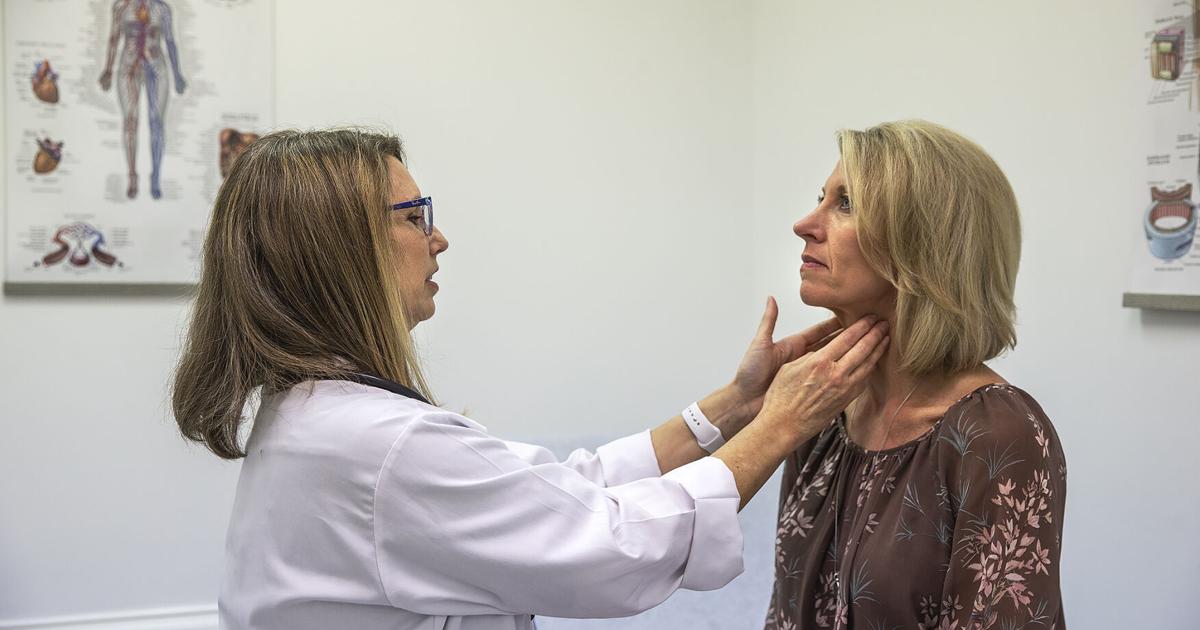 After Jenn Thompson treats patients in the emergency room for whatever crisis brought them there, she tells them to check in with their regular doctor in a week or two.

But more and more, as many as three of every four people the nurse practitioner sees tell her they don’t have a primary care provider.

Thompson struggles with what to do next. Should she prescribe medicine to treat high cholesterol or blood pressure, knowing patients probably won’t have bloodwork done later to check the drug’s impact on their organs? Can she send newly diagnosed diabetics out of the hospital, realizing they may not see someone who will monitor their condition and provide follow-up care?

“It pulls on my heart strings every day when I see people that need help so badly,” Thompson said. “There are so many people who are so sick when they come in to the emergency room, they absolutely have to be seen within at least one week of our visit and there’s nobody to see them. I mean, nobody.”

A nurse in the Fredericksburg area for 28 years, Thompson got her master’s degree and became a nurse practitioner 19 years ago. Nurse practitioners are advanced practice registered nurses who can treat patients, order tests, diagnose diseases and prescribe medicine.

Thompson has worked in primary care and emergency medicine, and she pulls a lot of shifts in the emergency room at Spotsylvania Regional Medical Center.

Like others in the health-care field, she’s seen staffing issues that were problematic before COVID-19 become absolutely critical in its wake. Thompson said primary care practices in the Fredericksburg area are so short on staff and long on demand that it may take months to get an appointment, if practices are taking new patients at all.

At a recent appointment, Thompson checked on patient Trish Williamson, a Spotsylvania woman who’s in the process of becoming a nurse practitioner. As part of her clinical rotations, Williamson has worked in four Fredericksburg practices in the last year, including with specialists, and has seen the same issues Thompson described.

“There are countless patients who come in and they have no primary care provider,” Williamson said. “They call, they can’t get appointments. It really is a huge problem and it’s not just a Fredericksburg problem, it is nationwide.”

The national scene echoes what Thompson and Sullivan–Simenson noted—that the staffing situation among nurses, as well as other providers, continues to worsen.

There are a variety of issues at play: health-care workers across the board have left the medical field altogether or have taken jobs that don’t require bedside care to avoid bringing a virus home to their families. Others have gotten burned out by longer schedules and more demands as fewer workers are left with more and more patients. Older providers nearing retirement have hung up their stethoscopes earlier than planned.

“I think the crisis is definitely the worst I’ve seen in 20 years,” Sullivan–Simenson said.

“I 100% agree,” Thompson added. “I haven’t seen the situation this dire in my entire career.”

Various reports estimate the United States will need 1.2 million new registered nurses by 2030 to address existing shortages. In addition, the nation could be short by as many as 48,000 primary care physicians by 2034.

Something else of interest is supposed to happen in 12 years, according to the Census Bureau. It’s projecting that the number of older adults will be higher in 2034 than the number of children for the first time, and the senior set tends to need the most medical care.

The problem is, those providing treatment are getting older, too.

“Probably about one-third of active physicians are going to be over age 65 (in 2034), so our physicians—we’re aging as well,” said Dr. Sterling Ransone, who practices family medicine in Deltaville in the Middle Peninsula.

He’s president of the American Academy of Family Physicians and was quoted in an American Medical Association story about doctor shortages.

Last week, the Virginia Hospital & Healthcare Association launched a website that shows medical jobs available across the state in an effort to attract more health-care workers to the commonwealth.

More than 11,400 job openings were posted statewide with 371 in the Fredericksburg area. Local positions ranged from pharmacists and paramedics to almost every type of nurse and therapist imaginable to primary care physicians and neurologists.

This year, Mary Washington Healthcare launched a new Graduate Medical Education, or GME, program in which medical school graduates can complete their next level of training as residents in MWHC facilities.

The goal is to provide a pipeline of future physicians, especially in family practice and internal medicine, the “areas of greatest need,” said Dr. Stephanie Goldberg, a general surgeon who’s leading the program.

The program recently earned accreditation and hopes to welcome 21 residents, with 15 in internal medicine and the rest in family practice, by July, according to a news release.

Goldberg said 1,800 people applied for internal medicine residency at Mary Washington and that the program soon will open applications for family medicine residents. The goal is to have more than 150 residents within five years and expand the program to include other specialties.

Thompson and Sullivan–Simenson have worked together as nurses for more than 20 years and always said they’d start a practice together and do it the way they wanted. Instead of having to see 25 patients or more a day—as is the case in some practices where they’ve worked—they’d keep their “panels,” or patient numbers, lower.

They have a smaller overhead than large practices and don’t have college loans to pay back like someone right out of medical school.

“We’re both at the point in our lives where our children are grown and we have the opportunity to sit back and make this happen now,” Sullivan–Simenson said. “The crisis isn’t going to change at all, I think, in the next two to three years. I think it’s going to become even worse.”

That’s why Thompson would like to “lay a footprint for others to do the same because nurse practitioners can step up and do this,” she said.

It’s also a “heartfelt thing,” Thompson said, adding she had to do more than “Band-Aid someone in the ER,” then send them out knowing “nothing is really changing in their life. I want to make a difference in the lives of people who have no ability to get the care.”

Thompson is 53 and Sullivan–Simenson, 47. Both can practice autonomously which means they no longer have to be supervised by a physician. Virginia requires nurse practitioners to be supervised for five years and 9,000 hours.

Before striking out on her own, Thompson consulted with Nancy Lynn Sadler, who has a family practice in Manassas and is one of the first 100 nurse practitioners to have an autonomous practice in Virginia.

Medicaid patients, “the poorest of the poor and the sickest of the sick,” make up 90% of her practice, Sadler said. Even though they require more care and Medicaid reimburses her less than commercial insurances, she’s able to pay her bills.

“I’m not getting rich but I’m very satisfied with my life,” Sadler said, adding that like Thompson, she believes nurse practitioners can help ease the health-care shortage.

“I think we are going to be the saviors of the day,” Sadler said.

Get local news delivered to your inbox!