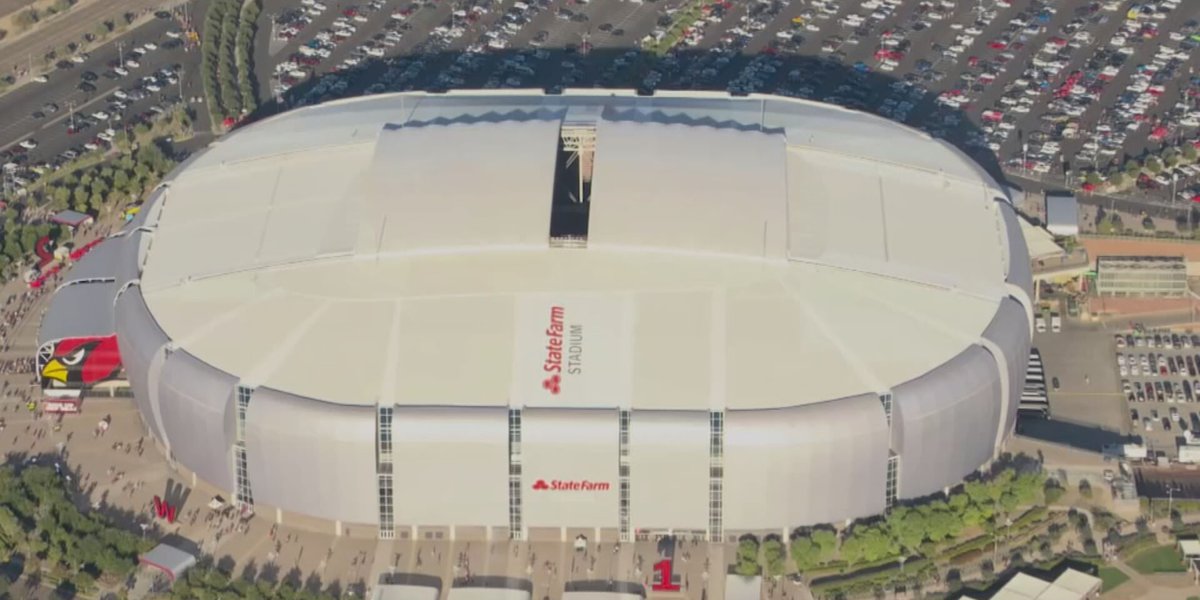 GLENDALE, AZ (3TV/CBS 5) – All eyes will be on Arizona in February when the Super Bowl comes to town. State Farm Stadium is getting some additions and upgrades just in time for the big game.

The stadium, built in 2006, was already one of the most unique in the country, thanks to its retractable field. “Right now, the Cardinals are one of two teams in North America with a field that moves in and out of the building,” said Tim Beach, Arizona Cardinals senior director of Game Entertainment & Special Events. “On Friday afternoon, it will come in at 3 o’clock and takes about 45 minutes to get the field inside. And once it’s in, they’ll paint it and add the seating behind the field.”

The stadium roof is also retractable, which will be perfect for showing off our Arizona weather during the Super Bowl. Although the roof is closed during the first couple months of football season, it’s typically open for later-season games. The roof has been open for the past two Super Bowls in Arizona, and Beach says this year will be no different, pending any stormy weather changes.

“As you know, February is Chamber of Commerce weather here in Arizona, and everyone will have a roof open or a window open,” Beach said. “The Superbowl will be no different.” The stadium also upgraded its Wi-Fi just before this season started, so fans should never have a problem communicating or posting on game day in the stadium.

The stadium also became the first in the NFL to have a sportsbook on-site, a new feature added to the stadium this year. There’s also a brand new video board and scoreboard. While the old board had 45,000 pixels, the new board has 3.5 million pixels of resolution. The board will show replays and videos of fans but will also utilize new technology that allows fans to broadcast directly onto the screen.

“During a TV timeout, we put a QR code up on the board, and it instantly turns their phone into a selfie cam,” said Beach. “We’ll get thousands of fans who click onto the QR code and then in the control room, we’ll select who gets to go up on the game board. It’s the coolest technology we’ve added this year and a unique experience for the fans.”