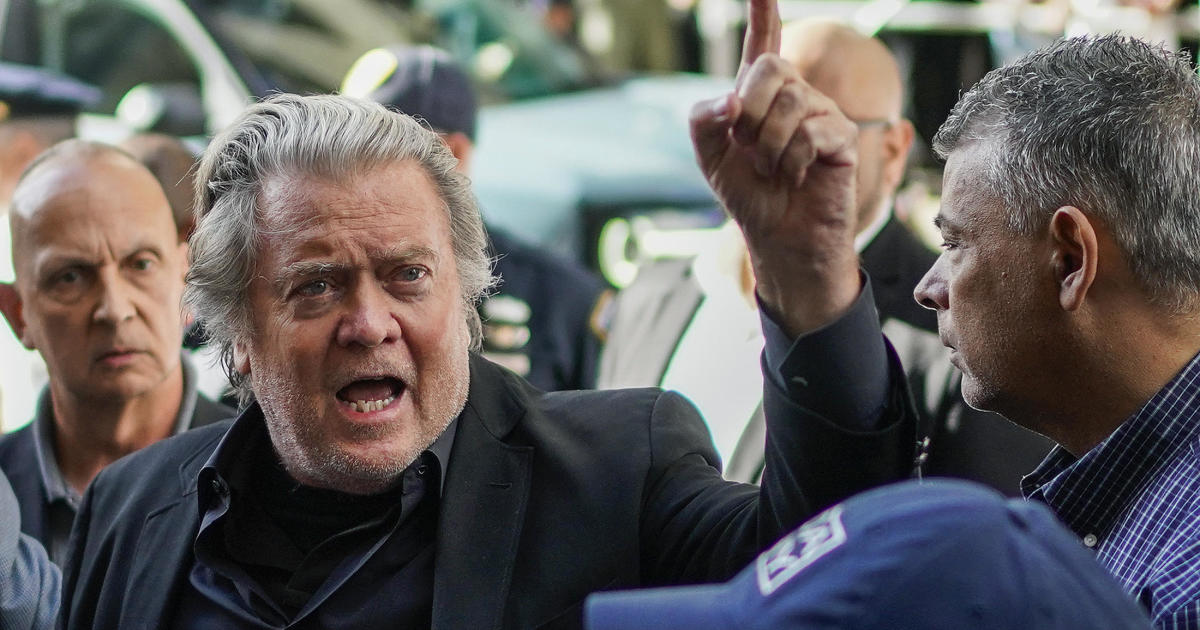 Former Trump adviser Steve Bannon surrendered to New York state prosecutors on Thursday morning. Bannon faces criminal charges for his part in a “Build the Wall” group that raised millions on promises to build a wall along the U.S.-Mexico border, but allegedly pocketed some of those donations.

“There cannot be one set of rules for everyday people and another for the wealthy and powerful — we all must play by the same rules and must obey the law,” New York Attorney General Letitia James said in a statement.

“Mr. Bannon took advantage of his donors’ political views to secure millions of dollars which he then misappropriated. Mr. Bannon lied to his donors to enrich himself and his friends. We will continue to take on fraudulent behavior in every corner of society, including white collar criminals, because no one is above the law. I thank District Attorney Bragg for his close partnership on this matter and commend the dedicated teams at the Attorney General’s Office and the Manhattan District Attorney’s Office for their hard work.”

Bannon issued his own statement upon the expectation of his indictment Monday.

“Just days after being swatted three different times by deranged thugs from New York City inspired by the Biden Administration to assassinate me by police, the Soros-backed DA has now decided to pursue phony charges against me 60 days before the midterm election because WarRoom is the major source of the MAGA grassroots movement,” Bannon said in the statement.

Bannon had faced similar charges in federal court in 2020 but was pardoned by then-President Trump in his final days in office.

Bannon was convicted in July on charges of contempt of Congress for refusing to comply with a subpoena to appear before the House committee investigating the Jan. 6 attack on the U.S. Capitol. He could face up to two years in prison when he’s sentenced next month.