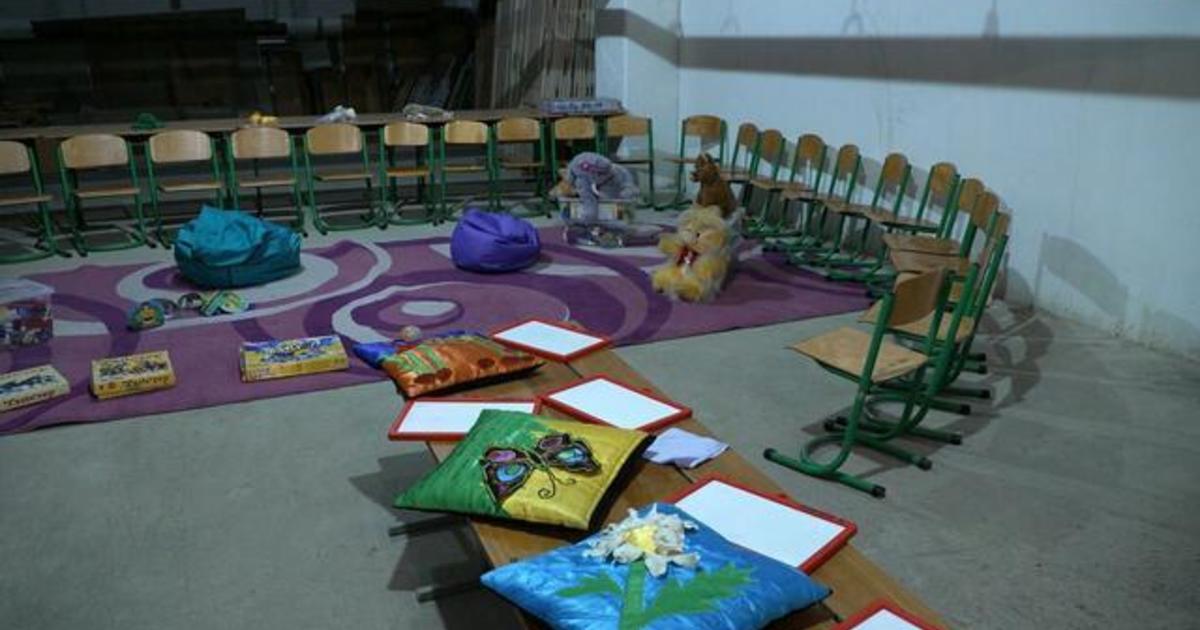 The start of the new school year in Ukraine — or anywhere else — is usually filled with pomp and circumstance. This year, though, getting ready for school there meant setting up bomb shelters in the few schools that are still standing. Students are also sent with emergency kits in case of a Russian missile strike.

One student, Sophia, who was going to school for the first time, was sent with two bags: one for class, and one for emergencies.

She and her classmates began their first day with a celebratory welcome, taking turns in a peacetime ritual ringing the school bell.

But her first day also came with emotion, as tears welled up in her eyes at the mention of her father, who is serving on the frontlines of the war with Russia. He couldn’t be there on her first day of school, and she said she missed him.

Many schools across the country have been destroyed — often deliberately targeted — by Russian President Vladimir Putin’s rockets. Schools cannot open unless they have bomb shelters.

Another student, 16-year-old Vera, narrowly escaped having to study a new Kremlin curriculum after her hometown of Izyum was liberated after nearly six months of Russian occupation.

“I’ve been so sad this whole time,” she said. “I just wanted everything to be as it was before the war, and I was so very scared.”

In a village that was within Russia’s firing line for more than half a year, 8-year-old Taya and her 6-year-old best friend Nastya are the only children left in their neighborhood after many families fled. They say the sound of shelling was hard to get used to at first, but that they now barely flinch.

“When it happened while we were playing outside, we’d hug each other tightly and say how much we want this war to end,” Taya said.