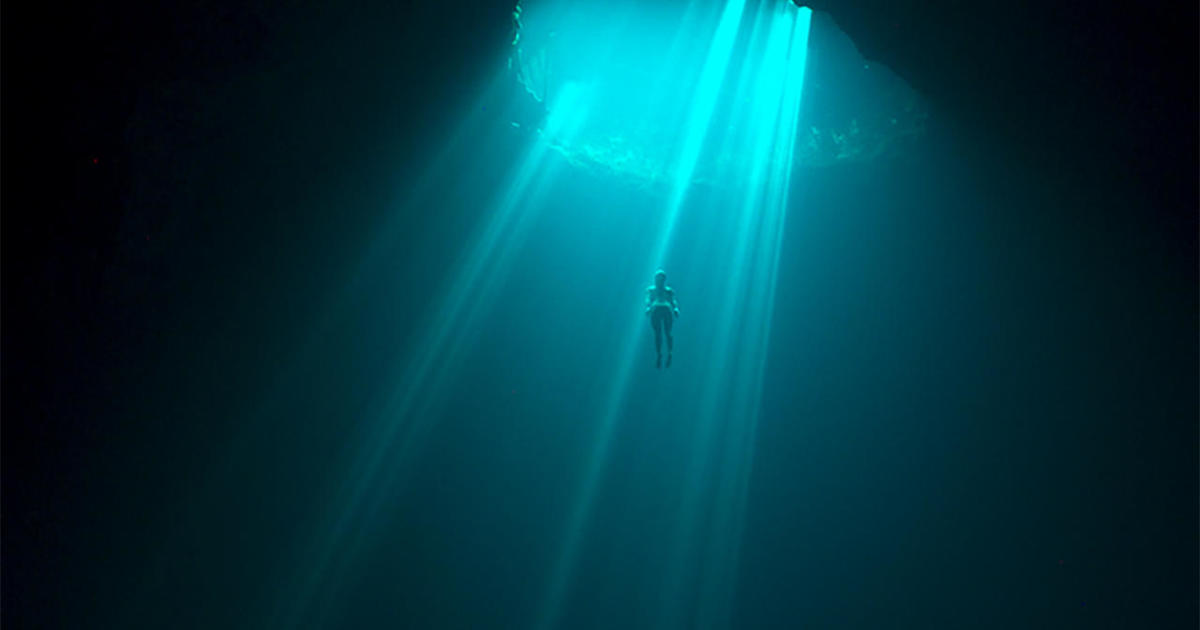 After the COVID-19 pandemic forced it go completely virtual for the past two years, the 2023 Sundance Film Festival — one of the leading showcases for independent narrative and documentary films — returned Thursday with in-person screenings to kick off the festival in Park City, Utah.

The showcase, which runs for 11 days, will also make virtual screenings available across the U.S. via Sundance’s digital platform from Jan. 24-30.

The festival includes 110 feature-length films from 28 countries, most of which are world premieres.

Other documentaries will also cover such topics as the war in Ukraine (“20 Days in Mariupol”), the pandemic (“A Still Small Voice”), refugees from North Korea (“Beyond Utopia”), South African apartheid (“Milisuthando”), the effects of Alzheimer’s (“The Eternal Memory”), sexual assault (“Victim/Suspect”), the hardships facing farmers and restaurants during COVID (“Food and Country”), indigenous and Native American rights (“Twice Colonized,” “Bad Press”), body image issues (“Is There Anybody Out There?”), the societal impact of photography (“Fantastic Machine”), cults (“AUM: The Cult at the End of the World”), film fanaticism (“Kim’s Video”), and protections for transgender sex workers (“The Stroll”).

A last-minute addition to the festival lineup, announced Thursday, is the Doug Liman documentary “Justice,” about the investigation of Supreme Court Justice Brett Kavanaugh.

The Midnight section offers genre films best watched late at night, including the macabre “Talk to Me” and “Sorcery.”

Although not all films have been previewed at press time, below are some of the highlights from the first few days of the festival. Additional highlights will be published as Sundance continues.

“Little Richard: I Am Everything” (World Premiere)

Richard Wayne Penniman grew up Black and queer in the segregated South. As Little Richard, his musical genius and showmanship would launch him to fame as one of the founding fathers of rock ‘n’ roll. He had a spate of hits in the mid-1950s (including “Tutti Frutti” and “Long Tall Sally”) that also became hits for White artists covering his songs. But before pop music could become more integrated, Richard shifted gears, dropped out of the rock scene, and studied at a seminary to become a preacher and gospel singer. But not for long.

Filled with rich and captivating concert footage spanning decades, Lisa Cortés’ documentary perfectly captures the power of Little Richard on stage, including the fluid sexuality he presented in performance, becoming a trailblazer for such artists as David Bowie and Prince. The numerous interview clips also show his progression from white-hot rock star to gospel artist to elder statesman of American music (with side forays of making controversial statements about homosexuality, both pro and con). Captivating and energizing, like its magnetic subject. [Side note: The film could have done without the excessive pixie dust superimposed onto footage; Little Richard was magical enough!] A co-production of CNN Films and HBO Max. Screens Jan. 19, 20, 21, 27, 28; streams online Jan. 24-30.

For two decades, Kim’s Video was a much loved, guerilla-style video store on Manhattan’s Lower East Side whose stock not only included rare genre movies from around the globe, but also bootlegs of esoteric titles that would be confiscated by authorities (and replenished, with startling regularity). The proprietor, Korean entrepreneur Youngman Kim, eventually succumbed to the death of the video rental store in 2008 by donating his entire stock of 55,000 VHS tapes and DVDs to Salemi, Italy, on the condition that they would use the collection as the basis of a cultural institution, part of the struggling town’s bid to boost tourism. But when documentary filmmaker (and loyal Kim’s customer) David Redmon went to Salemi in search of Kim’s videos, he discovered this cultural treasure moldering away behind (un)locked doors. And so, he hatched a plan. Redmon and co-director Ashley Sabin present a wonderfully tongue-in-cheek tribute to film fanaticism which examines both European bureaucracy and one bemused businessman’s legacy. Screens Jan. 19, 20, 21, 22, 26; streams online Jan. 24-30.

As mankind looks again to the Moon, and to Mars, for extended periods of human exploration in outer space, NASA tries to prepare for the psychological deprivation of long-haul space expeditions. Dr. Al Holland, a NASA psychologist, has studied astronauts working on the International Space Station to determine the effects of their isolation and long-term separation from family and friends, to gauge how those effects might jeopardize a mission to a planet tens of millions of miles away.

Ido Mizrahy’s documentary examines those difficulties, from the astronauts’ Zoom calls to their kids back home, to the failure of experiments in living in manufactured isolation. The film proves that the human desire for exploration, noble as it is, does not come without huge personal costs. Screens Jan. 19, 20, 21, 24, 27; streams online Jan. 24-30.

There are a few notable horror films playing at Sundance, but nothing can match the real-life horrors inflicted upon the Ukrainian city of Mariupol in the early days of Russia’s invasion. Associated Press journalists Mstyslav Chernov, Evgeniy Maloletka and Vasilisa Stepanenko were the last remaining Western journalists in Mariupol as it came under bombardment from Russian shells, striking civilian homes and hospitals, and turning the city of nearly half-a-million into rubble. The film recounts the journalists’ efforts (under very real threats to their lives) to capture the devastating impact of the war, medical staff’s herculean attempts to save the wounded (including infants and young children), and the predicament of now-homeless residents seeking shelter from the onslaught. It also traces the reporters’ struggles to get internet or cellphone signals while dodging tanks in order to share their reporting with the world. And it captures the final results: images of medieval-style brutality, death and destruction disseminated by the AP to global media.

As documentarians of one nation’s barbaric assault upon another, the journalists act as clear-eyed witnesses to Putin’s inhumanity, in a warning to the world. Chernov, the narrator, describes what he has recorded with absolutely zero overstatement: “This is painful to watch. But it must be painful to watch.”

Essential viewing, especially for anyone who harbors any doubt about Ukraine’s right to defend its sovereignty. A co-production of Frontline PBS and the Associated Press. Screens Jan. 20, 21, 22, 25, 26; streams online Jan. 24-30.

“Against the Tide” (World Premiere)

The overfishing of our oceans is an environmental catastrophe in the making, but it is also a catastrophe in the preservation of traditional ways of life for Koli fisherman along the shores of Mumbai. Rakesh and Ganesh are friends who have taken different trajectories; one fishes the traditional way, on a tiny boat of his own in shallow waters; the other operates a massive industrial boat with a large crew in the deep Indian Ocean, hoping to score a large catch that will help pay his massive expenses. But Chinese fishing boats are depleting the waters off India, increasing Ganesh’s frustrations about his business’s failure.

Director Sarvnik Kaur’s film presents the friends’ struggles — and the increasing tension in their relationship as Ganesh tries to convince his friend to join his ventures — as a microcosm for the technological advances that are plundering the Earth and making livelihoods all the more difficult to achieve, and which tempt Ganesh to employ illegal measures to try to keep his head above water. Jan. 20, 21, 22, 26, 27; streams online Jan. 24-30.

The International Chopin Piano Competition, held every five years in Warsaw, Poland, is one of the supreme showcases for classical musicians in the world, helping to launch unique talents on the global stage. As such, it is a cause for joy, agony, distress, heartbreak and self-induced terror among the young musicians who are competing, some of whom aren’t even adults.

Jakub Piątek’s engrossing fly-on-the-wall documentary covers the most recent competition, held in 2021 (it’d been delayed a year because of COVID), and introduces us to many of the young artists from around the world who came to Warsaw in the hopes of grabbing the brass ring. There is less music than you might expect, as the film focuses more on the disharmony that the competition causes within some of the contestants’ psyches, as they maneuver the logistics of competition rounds and the fragility of their emotions while trying to deliver confident performances to a demanding audience, resulting in a nail-biter of a finale. (One lesson learned: Hair spray may not help.) Screens Jan. 20, 21, 22, 24, 26; streams online Jan. 24-30.

The filmmaker behind this eyewitness account of Syrians’ fight against authoritarian President Bashar al-Assad goes by the name of Lina (as well as several other aliases, depending upon her audience). Beginning in the days of the Arab Spring, Lina and her cohort of activist and journalist friends document demonstrations against Syria’s oppressive regime, but soon stop believing that its downfall is imminent, at least not without incalculably large costs. One example of the painful consequences they witness is a shop owner who refuses to open his business out of solidarity with an anti-Assad general strike, and is consequently stuffed into the trunk of a car by security forces. The destruction of the city of Homs, in retaliation for anti-Assad protests, is horrific, especially compared to the relative calm in Damascus, where the regime’s grip was solid.

Shot surreptitiously over several years, “5 Seasons of Revolution” is a vivid testament to the challenges these friends confront as both participants in protests and their documenters. Screens Jan. 21, 22, 23, 25, 27; streams online Jan. 24-30.

Extreme sports don’t get more extreme than this: diving, alone and without an auxiliary tank, to depths of 100 meters or more, under pressures that shrink your lungs to half their normal size, and under stresses that could cause blackouts and even death upon your return to the surface. For audiences who may not understand why someone would willingly do this, Laura McGann’s gripping documentary presents its subjects — Italian freediver Alessia Zecchini and Irish freediving instructor Stephen Keenan — whose fascination with the sport, and their drive to set records, led them to each other, and to a fateful training session deep in the “Blue Hole” tunnel off a beach in Dahab, Egypt in 2017. Using a vast archive of creepily-beautiful footage from freediving competitions, and contemporaneous and recent interviews, McGann’s film makes us understand the allure of the sport at the same time that it presents an utterly horrifying picture of how vulnerable a human being can be, alone amid the silent, dark depths. Screens Jan. 21, 22, 24, 28, 29.  Not available via streaming. The film will be released later this year on Netflix.

To purchase packages and individual tickets go to the Sundance website.

Download the Sundance 2023 mobile app (iOS and Android). You can also watch this year’s festival on your Smart TV via Roku, Apple TV, and Amazon FireTV.

David Morgan is a senior editor at CBSNews.com and cbssundaymorning.com.