Suspect shouted “Where is Nancy?” before assaulting Pelosi’s husband at home, source says 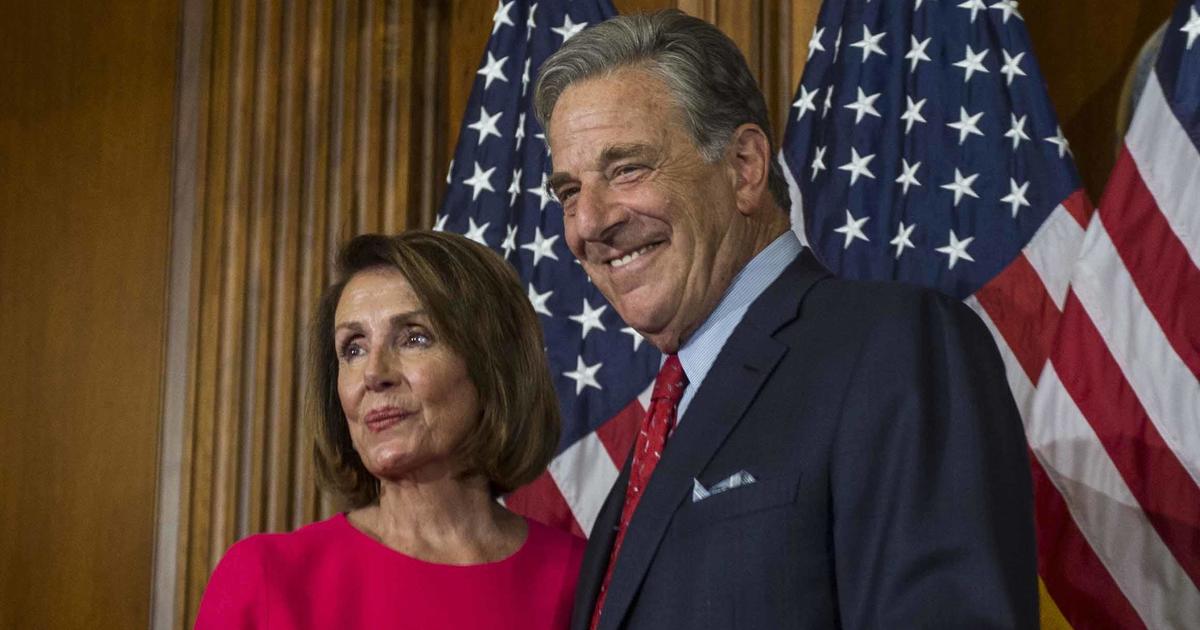 House Speaker Nancy Pelosi’s husband was attacked with a hammer by an intruder who broke into the Pelosis’ San Francisco home early Friday morning and shouted at Paul Pelosi, “Where is Nancy? Where is Nancy,” before assaulting him, according to a source briefed on the assault.

David Wayne Depape, a 42-year-old man from nearby Berkeley, had planned to tie up the speaker’s husband and wait for her to come home, a law enforcement source confirmed. Nancy Pelosi was in Washington, D.C., during the attack, her spokesperson Drew Hamill said.

Depape was arrested on the scene by officers from the San Francisco Police Department, who arrived on the scene at 2:27 a.m. Depape will be charged with attempted homicide, assault with a deadly weapon, elder abuse, burglary and several additional felonies, the department said.

“When the officers arrived on scene, they encountered an adult male and Mr. Pelosi’s husband, Paul,” Scott said. “Our officers observed Mr. Pelosi and the suspect both holding a hammer. The suspect pulled the hammer away from Mr. Pelosi and violently assaulted him with it. Our officers immediately tackled the suspect, disarmed him, took him into custody, requested emergency backup and rendered medical aid.”

Hammill also said Paul Pelosi, 82, is in the hospital and expected to make a full recovery. The Associated Press, citing two people with knowledge of the investigation, reported that Pelosi “suffered blunt force injuries in the attack.”

The San Francisco police chief said the suspect was sent to the hospital as well.

U.S. Capitol Police are assisting the FBI and San Francisco Police Department with a joint investigation.

U.S. Capitol Police said special agents with their field office in California also arrived on scene quickly, and a team of investigators was dispatched from the East Coast to help the FBI and local police with a joint investigation.

The attack on Paul Pelosi occurred under two weeks before the midterm elections, and as concerns about the possibility of violence by domestic extremists have been raised by U.S., state and local officials. A law enforcement bulletin from the New York City Police Department obtained by CBS News on Thursday said racially and ethnically motivated violent extremists and anti-government extremists “continue to prioritize the targeting of political rallies, voting sites, poll workers, and election officials.” However, the NYPD also said it’s not aware of any specific or credible threat to the city’s polling sites, political candidates or election workers.

The Pelosis have been married since 1963, and have five children.

The top House Democrat will no longer attend an annual dinner Saturday for the Human Rights Campaign in Washington, D.C., the organization confirmed. She was supposed to be a featured speaker.

Lawmakers of both parties shared their responses to the attack on social media.

“I wish Mr Pelosi well & pray for a quick recovery Everyone deserves 2b respected & violence is never okay,” Iowa Republican Sen. Chuck Grassley tweeted. And Democratic Rep. Jackie Speier, who represents San Mateo, about 20 miles from San Francisco, said in a tweet, “Thank God @SpeakerPelosi‘s husband Paul is safe after being attacked in their home by an assailant. While the motive is still unknown we know where this kind of violence is sanctioned and modeled.”

A spokesperson for House Minority Leader Kevin McCarthy said McCarthy “reached out to the speaker to check in on Paul and said he’s praying for a full recovery and is thankful they caught the assailant.”

Senate Majority Leader Chuck Schumer said in a statement that he had spoken with Pelosi and called the assault on her husband “a dastardly act.” And Senate Minority Leader Mitch McConnell said he was “Horrified and disgusted” by the reports of the assault, and “Grateful to hear that Paul is on track to make a full recovery and that law enforcement including our stellar Capitol Police are on the case.”

“This morning he called Speaker Pelosi to express his support after this horrible attack,” Jean-Pierre said. “He is also very glad that a full recovery is expected. The president continues to condemn all violence, and asks that the family’s desire for privacy be respected.”