Technology and Job Categories in Decline 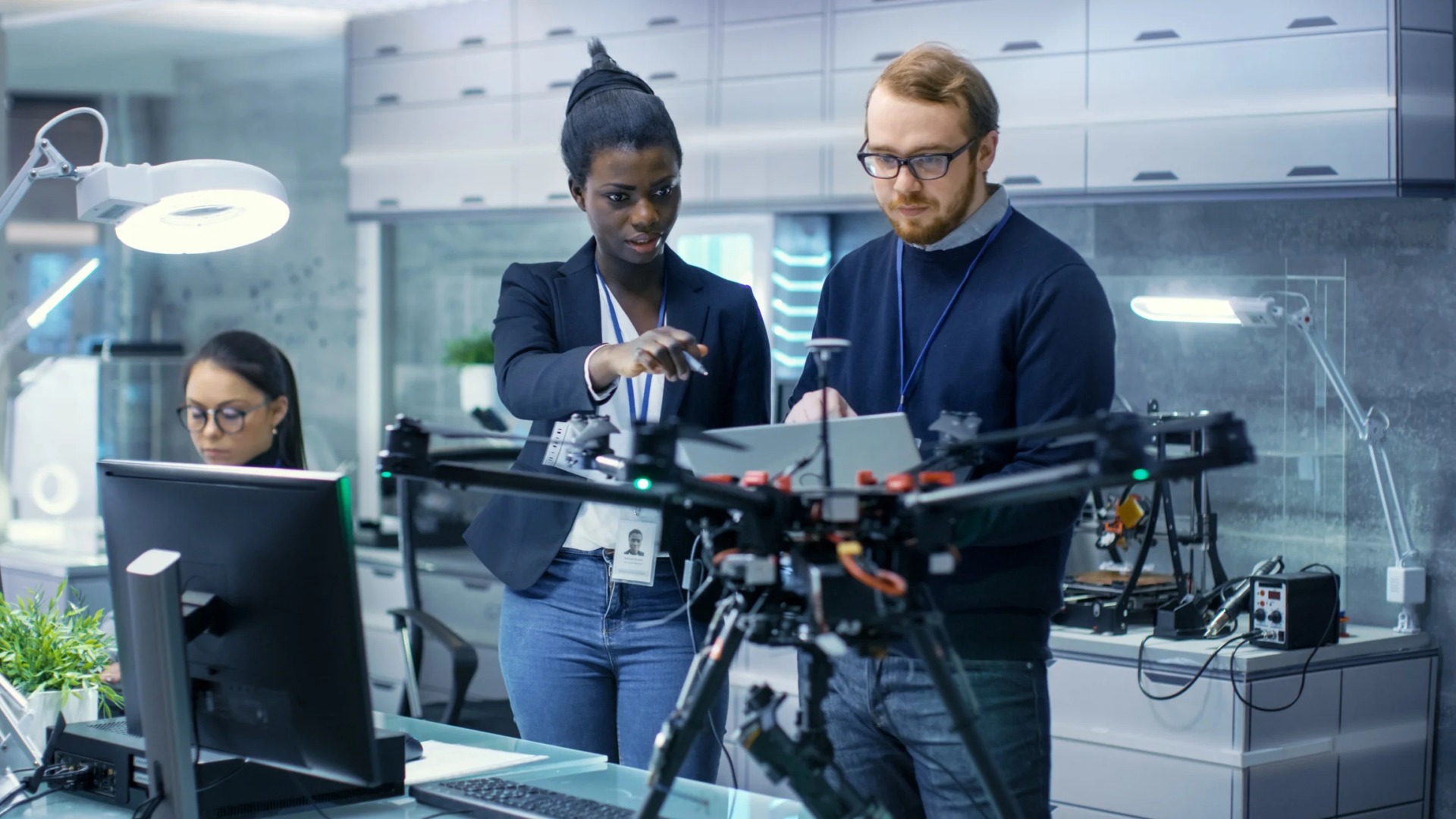 There’s a widespread concern that the spread of new artificial intelligence technologies might cause substantial job loss in certain areas.

For example, why use a travel agent if you can book the reservations online? Why use a financial planner if you can use software? Will software diminish the number of people hired as tax preparers? Will smart robots diminish the number of people who have jobs moving stock in warehouses? What about fewer retail clerks being needed because of scanners? Why have a radiologist look at every single X-ray, if a software scan proves to be a much faster and more accurate way to do the first look?

So what’s the evidence? Are the jobs more severe in areas that seem especially susceptible to new technologies? Michael Handel at the Bureau of Labor Statistics puts together data from 1999 up to pre-pandemic years, and then looks at projections up through 2029, on the number of people employed in various job categories, in “Growth trends for selected occupations considered at risk from automation” (Monthly Labor Review, July 2022). He writes:

Recent advances in robotics and artificial intelligence (AI) have attracted even more interest than usual, and the breadth and speed of these advances have raised the possibility of widespread job displacement in the near future. Many observers consider these new technologies fundamentally different from previous waves of computing technology. New computing capacities—in areas such as image recognition, robotic manipulation, text processing, natural-language processing, and pattern recognition, and, more generally, the ability to learn and improve rapidly in relatively autonomous ways—represent a break from the hand-coded, rules-based programs of the past. In this view, newer robots and AI represent a clear departure from previous waves of computing, one that accelerates the pace of technological change and job displacement.

Handel creates a list of jobs that are commonly thought to already be susceptible to changes in artificial intelligence, or may soon be susceptible. Here’s the list of the jobs, and how the number of people employed in such jobs has been changing.

In a number of cases, starting with financial advisers and interpreters near the top of the list, the number of workers in these categories seems to be rising, rather than falling. Apparently, in a number of cases the new technologies lead to changes in the previous ways of carrying out a given job, but they do so in a way that complement and augment the ability of workers in that category to do their jobs–and thus lead to growth in the number of jobs, rather than decline. There are also counterexamples, like job declines in the categories of travel agents, computer programmers, telemarketers, and welders. In these areas, new technologies seem to be substituting for workers, rather than complementing them.

There has been a fear for a couple of centuries now that technology destroys jobs. It would be more accurate to say that technology alters the mix of jobs. Given that most workers build up expertise in a certain job and then may find it hard or costly to change to a different job, the shifts in technology will benefit some and hurt others. Moreover, predicting in advance when technology will end up augmenting jobs (apparently, financial advisers and interpreters) and when it will end up substituting for jobs (apparently, computer programmers and travel agents) is complex and often not obvious in advance.

Handel also sorts out the 30 job categories that have experienced the largest losses in absolute numbers from 1999-2018. Many of these categories are not about changes in newfangled artificial intelligence technologies, but more basic changes from the previous wave of computerization and automation, including jobs in data entry, word processing, switchboard and computer operators, and file clerks. However, it’s worth remembering that as these job categories were being staggered by losses, the overall number of jobs in the US climbed by 17%. 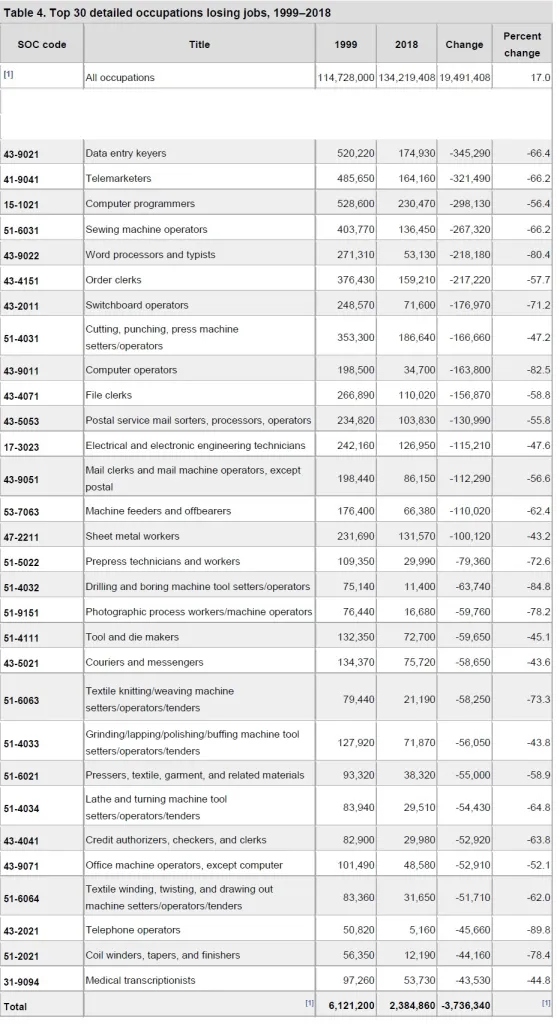